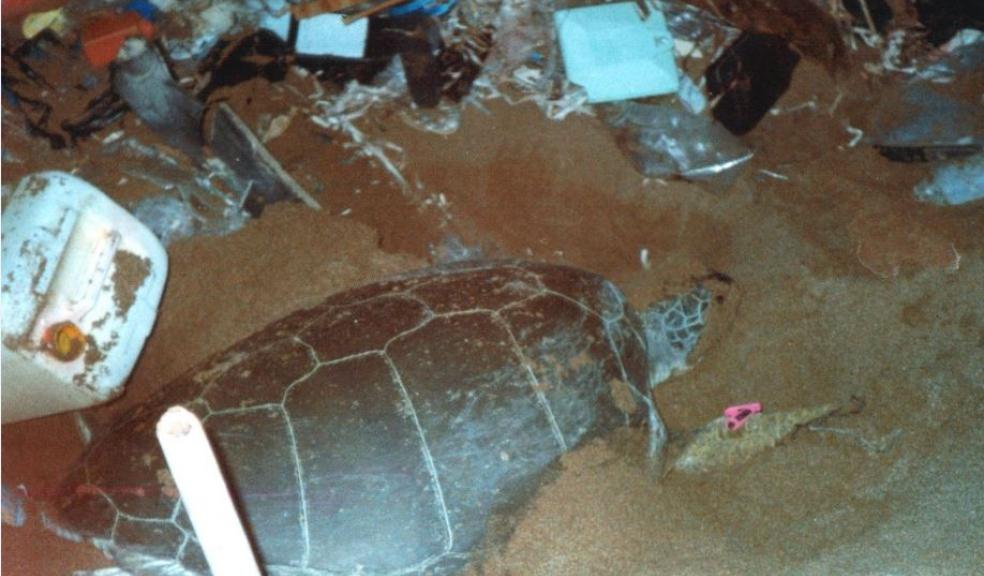 A new global review led by the University of Exeter that set out to investigate the hazards of marine plastic pollution has warned that all seven species of marine turtles can ingest or become entangled in the discarded debris that currently litters the oceans.

Science and reveals serious knowledge gaps in the diverse and complex pathways in which plastic pollution can harm marine life.

Joint lead author Sarah Nelms, from the Centre for Ecology and Conservation at the University of Exeter’s Penryn campus said: “I was shocked at how little is known about the impacts of plastic on marine turtles.”

“We know that discarded plastic poses a serious threat to wildlife, but this study shows that more research is urgently needed if we are to understand the scale of the problem.”

Annual global plastic production has grown from 1.5 million tonnes to 299 million tonnes in the last 65 years and as a result plastic pollution is increasing, both on land and at sea.

Prof Brendan Godley, who led the team said: “When turtles ingest plastic, they can suffer intestinal blockage that can result in malnutrition which can in turn lead to poor health, reduced growth rates, lower reproductive output and even death.”

“It is sobering to think that almost every piece of plastic that ever entered the sea is still there; breaking down and forming a vast soup of microplastics that could have frightening long-term repercussions.”

Entanglement in plastic debris, such as lost fishing gear or discarded packaging, can cause lacerations and increased drag when swimming, which may result in drowning or death by starvation.

Beach litter may also entangle nesting females or trap emerging hatchlings, while potentially affecting turtle nests by altering temperature and changing the permeability of the sediment on nesting beaches.

The study demonstrates that urgent action is required to better understand this issue and its effects on marine turtles, so that appropriate and effective mitigation policies can be developed.

The researchers are calling for further work to investigate the sub-lethal effects of plastic ingestion and the associated contamination from chemicals relating to the plastic particles.

Other work will include mapping likely ingestion and entanglement hotspots and identifying the species and age-classes that are most at risk.