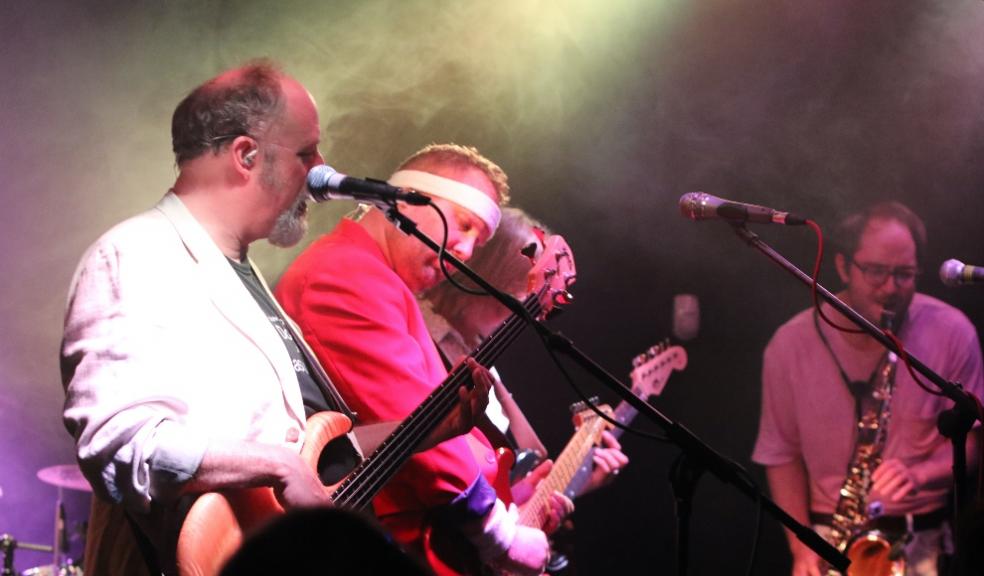 DS:UK are the UK’s finest tribute show to Dire Straits. The band have been performing across the UK since 2016 and the band are bringing their 2020 “Brothers in 85” tour to the Shaftesbury Theatre in Dawlish on the 27th March 2020.

The iconic “Brothers in Arms” album is Dire Straits’ biggest release, and it still sits in the Top 20 of the most successful albums of all time.

“Brothers in Arms” is a beloved album by Dire Straits fans and this tour is our opportunity to perform a few classic favourites that aren’t often heard on stage.” said the band’s leader, manager and Lead Guitarist Dave Phillips.

“Our 2019 Alchemy tour was a huge success, and audiences have just been delighted. Brothers in Arms is one of the biggest albums in rock history - the tour is going fabulously so far.”

DS:UK came into some controversy at the beginning of the 2019 after they were contacted by the real Dire Straits regarding their original name.

DS:UK began life as Dire Straits:UK and enjoyed a very quick rise to touring the UK theatres. Following their first Alchemy show of the year at Hazlit Theatre in Maidstone, the band were contacted by Dire Straits LTD, and asked to change the name from Dire Straits:UK to something that didn’t include the words “Dire Straits”.

“We don’t really know why - there are plenty of tribute shows across the world that are using the name of the band that they’re tributing that are being allowed to continue as is. We didn’t think we’d have any trouble from the real Dire Straits over our use of the name, but evidently we did. It’s possibly that Mark Knopfler’s team were clearing the Google space in preparation for selling his UK tour - not that he’d need any help!” says Dave.

The name change hasn’t dulled the band’s enthusiasm or the interest in DS:UK’s shows - the band enjoyed a highly successful tour of the theatres

and venues across the country in 2019 and they’ve been selling out venues for their new Brothers in ’85 show, including nearby Sturminster Newton, which sold out in 40 days.

You can buy tickets for DS:UK’s Dire Straits tribute show at the Shaftesbury Theatre on the 27th March at www.direstraitstribute.co.uk. Hurry - it’s a small venue and tickets are limited.