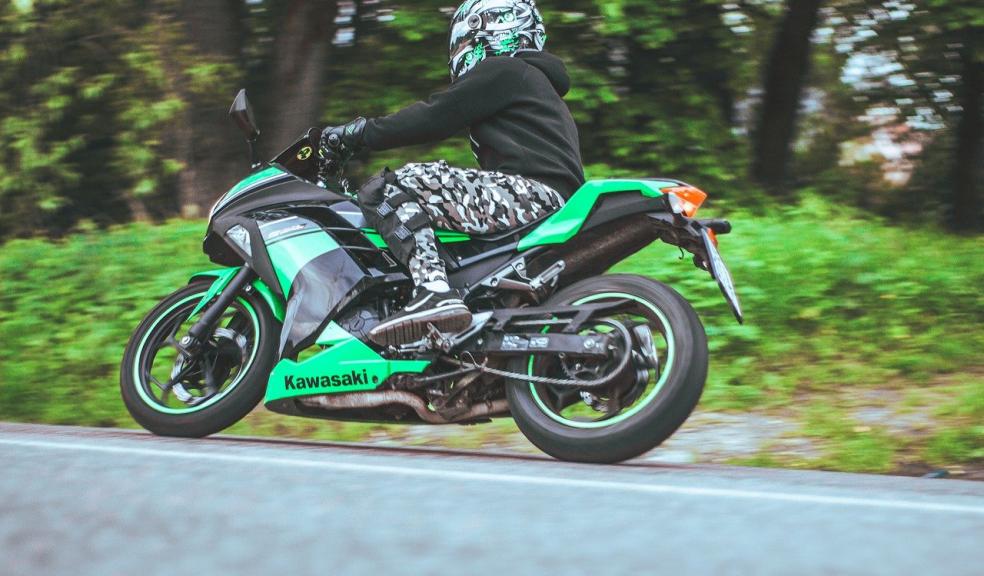 Plymouth is revealed as the UK motorbiking capital of the UK, with one bike licenced for every 16 cars in the city. That’s according to new research by Confused.com, which reveals the UK cities home to the most motorbike fanatics.

See the full list of the UK’s most biker-concentrated cities and the top destinations for motorbike lovers here: https://www.confused.com/motorbike-insurance/biker-destinations/ 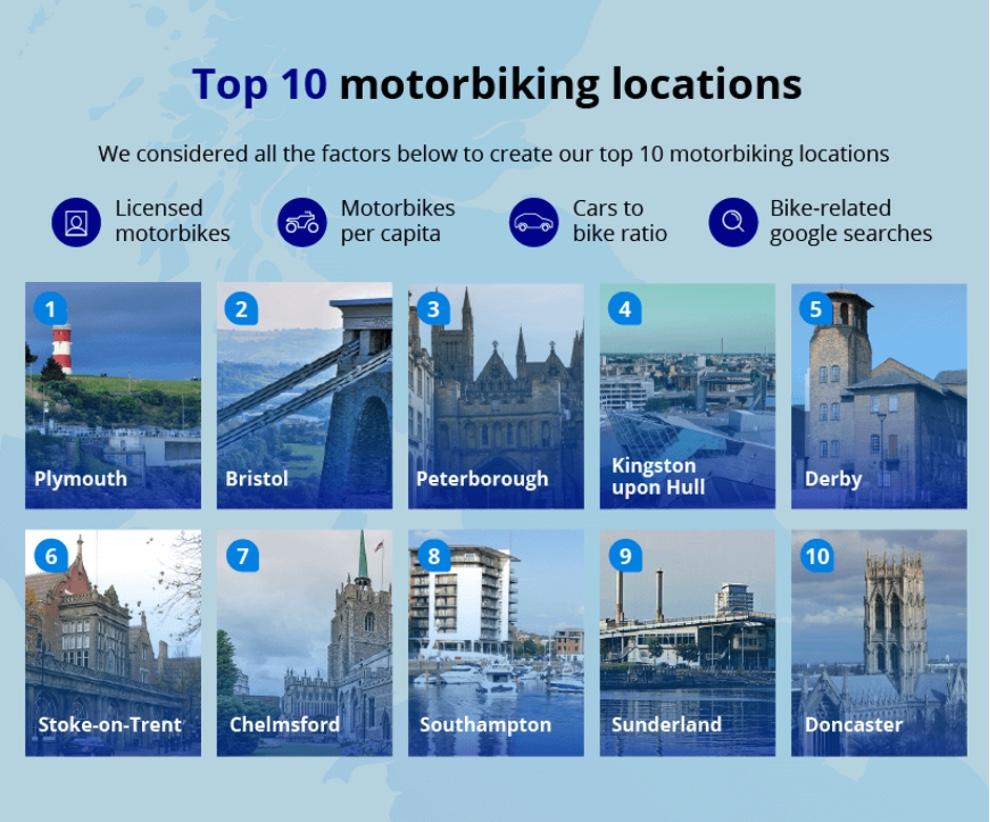 The UK Cities With The Most Bikers

More than 17,000 new motorbikes have been licensed across the UK in two years. And according to Confused.com’s research, there are some cities in the UK where bikes are a very popular way of getting around.

Taking into consideration the number of bikes licensed in each city, the car-to-bike ratio and bike-related Google searches to create an overall score, Confused.com has identified which cities are home to the UK’s biking population.

Plymouth is revealed as the biggest biking city in the UK, with the highest biking population. In total, there are 7,116 bikes licensed in the South-West city, meaning there is one bike for every 16 cars on the road. When looking at how this compares to the population of the city, it equates to three bikes licensed for every 100 people, also making it the most biker-concentrated city in the UK. With this in mind, it’s no surprise the port city tops the list with the highest combined score.

Other waterside locations, including Bristol, Derby and Kingston-Upon-Hull feature highly in the rankings. In particular, Bristol ranks second in the study, with the highest number of bikes licensed in the top 10 (8,704).

However, when taking into consideration the high population of the city, this equates to just two bikes per 100 people, and one bike per 21 cars on the road. However, people in the city are showing a lot of interest in biking, going through 1,650 Google searches per month, which contributes to the overall score.

Meanwhile, in some cities in the UK, motorbiking seems a lot less appealing to residents. Derry City and Strabane in Northern Ireland recorded the lowest number of bikes in the city at just 1,185 – which is one biker per 100 people, and for every 49 cars on the road.

However, this isn’t the lowest biker-populated city in the UK.

According to the study, Birmingham has 8,580 bikes licensed in the city. Comparing this with the city’s population of more than 1.1 million people, that equates to less than one biker per 100 people, and per 74 cars on the road.

The beauty of having a motorbike is being able to get away from your hometown and exploring. But finding new routes or adventures can be quite confusing, especially for new bikers.

Motorbike expert, Adventure Biker has shared some of his favourite locations around the world to connect with other bikers. Whether you’re in the UK or exploring the rest of the world, these are some of the recommended spots to pay a visit while you’re on the road:

Top 3 biker hotspots in the UK:

Daniel McCulloch, motorbike expert at Confused.com comments: “Motorbikes have grown in popularity, with more than 17,000 new bikes licensed over two years. While some cities are attracting more bikers, there are so many hotspots across the UK and the world for bikers to explore.

“If you’ve recently bought a new bike or are looking for somewhere new to visit, knowing where to find the best routes can be confusing, with so many options out there. We’ve worked with Adventure Biker to unearth some hidden gems across the UK and the rest of the world, to inspire avid bikers on their journeys.”

To find out more about motorbike hotspots and routes around the world, see the full piece here https://www.confused.com/motorbike-insurance/biker-destinations/