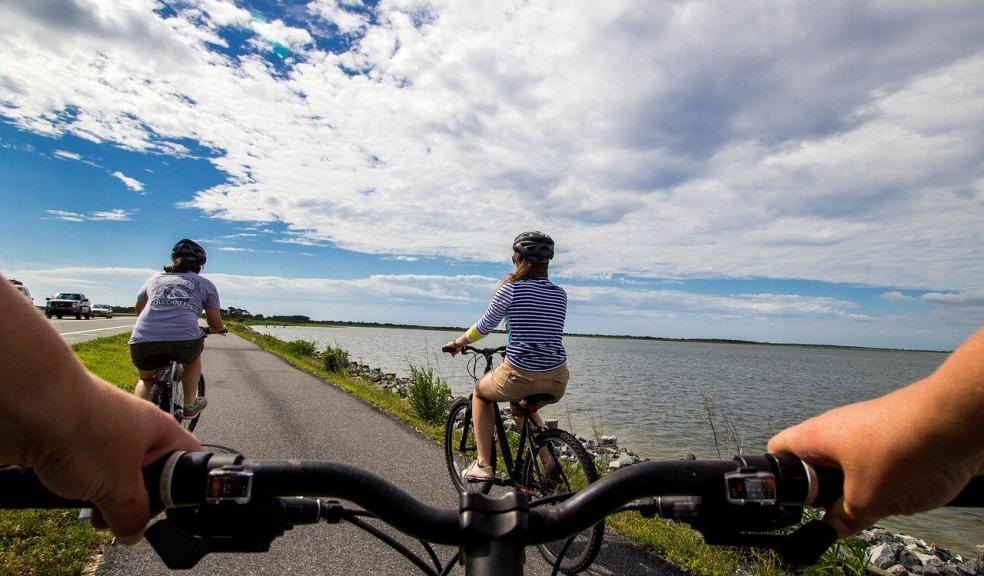 Researchers at two leading Westcountry institutions have teamed up with Department for Environment, Food and Rural Affairs (Defra) in a study that shows that spending time in marine and coastal environments has positive benefits on health and well-being.

The review, held in collaboration with Plymouth Marine Laboratory and the University of Exeter and funded by Defra and UK Research and Innovation (UKRI), reveals that visits to marine and coastal areas with designated or protected status and those with higher levels of biodiversity are associated with higher levels of calmness, relaxation and revitalisation, compared to locations without this status.

This project has synthesised research from a range of studies in recent years and identified that people who live by the sea gain in well-being and health benefits.  Research conducted in the region found that South West beaches encourage families to be physically active and increase social and family interactions. Coastal activities such as beach cleaning, rock-pooling and walking were linked to a positive mood, more pro-environmental intentions such as recycling, and higher marine awareness.  A national study concluded that people living in the South West are more likely than residents in other regions to swim or take part in watersports when visiting the coast.

The report also found that degraded marine environments may reduce recreational opportunities and result in emotional upset, indicated by feelings of sadness and anger and, therefore, reduce the well-being benefits of visiting such an area.

The project takes into account evidence from 46 academic studies on the effect of marine and coastal environments on health and well-being, more than half of which were led by the University of Exeter in collaboration with Plymouth Marine Laboratory and/or the University of Plymouth, highlighting the high calibre of expertise in the field of environment and human heath in the south-west region.

Evidence Statements are succinct summaries of evidence from published literature in a defined policy setting that are written for senior policy officials and a general non-expert audience to support decision making.

The summary reveals the ‘therapeutic effects’ of marine and coastal landscapes, with Brits spending time by the sea reporting increased happiness, and better general health and greater engagement in physical activities, compared to visits to other types of natural environment.

However the report also highlights dangers such as the presence of harmful algal blooms and possible spread of antimicrobial resistant bacteria in South West waters. It twarns that in the coming decades, climate change and extreme weather have potential to jeopardise sensitive marine habitats, demonstrating the importance of the UK’s network of Marine Protected Areas (MPAs).

The government has taken steps to expand its ‘Blue Belt’ of marine protection for Britain’s overseas territories and its own coast, last year designating a further 41 Marine Protection Zones, protecting species and habitats such as the rare stalked jellyfish and blue mussel beds.

It’s notable that the evidence statement features a large number of articles from Westcountry institutions, including the University of Exeter, Plymouth Marine Laboratory and Plymouth University. They are leaders in Oceans and Human Health research and have created an evidence base to inform and benefit people across the world”.

Professor Nicola Beaumont, Head of Science for Sea and Society at Plymouth Marine Laboratory, said: “Our research team have brought to light evidence that demonstrates marine and coastal areas play an important role in supporting people’s well-being. However, we have also shown that these benefits are threatened by marine pollution, coastal development, climate change and exposure to extreme weather.”

“With a third of the UK population living within 5 km of the sea, and millions of us visiting the coast every year, it is our collective responsibility to ensure that we have the right measures in place to prevent degradation and to allow our marine environment to thrive. Getting these measures right is not easy and requires transformative research, co-created with stakeholders and drawing on a wide range of disciplines, with an aim to support sustainable and responsible ocean stewardship, for the conservation of the environment and to ultimately improve lives.”

Professor Lora Fleming, Director of the Exeter University European Centre for Environment and Human Health, based in Truro, said:  “This project and our other research have shown that our coast helps to cater for a variety of human needs, from keeping healthy to connecting with others. It also highlights the value of the South West coasts to the health and well-being of the regional population that regularly enjoys the beaches and other natural environment.”

“There are, however, a number of evidence gaps which we wish to further explore, such as the effects of marine environments on obesity prevalence in children and Vitamin D in adults; or the life stage at which nature-based interventions are most effective and how they may vary among economic, social and cultural groups in the population.”

Domestic Marine Minister, Rebecca Pow, said: “Whether it is to enjoy a sport, take a walk, watch the wildlife or to simply admire the landscape, for many of us spending time by the sea is not only hugely enjoyable, but it has a welcome impact on our well-being too.

“This realisation makes it all the more important that we take care of our environment, and our ever-expanding national ‘Blue Belt’, protecting more than 40% of English waters, is helping to safeguard these precious habitats for future generations.”