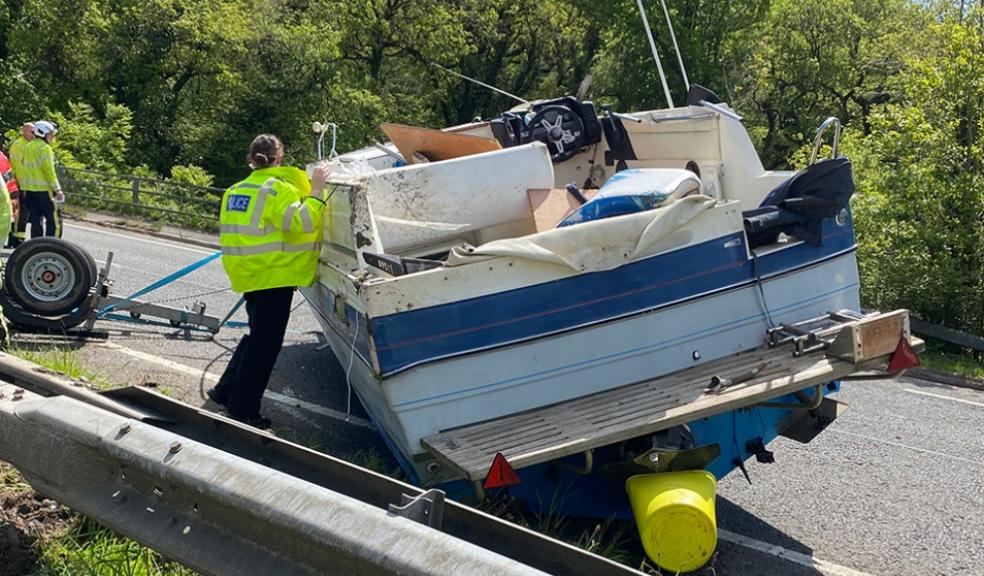 With holiday destinations in Cornwall hotter than the temperatures this summer Highways England is pulling out all the stops to keep staycation traffic moving on the A30.

Highways England traffic officers have been drafted in to patrol key sections of the A30 in Cornwall and Devon during the busy summer months, and are on hand to deal with everything from live lane breakdowns and road traffic collisions to debris clearance.

This is the third season that traffic officers have assisted Devon and Cornwall Police in keeping traffic moving on the main route into Cornwall. And this year patrols started even earlier as high-profile visitors from around the globe headed to Cornwall for the G7 summit at Carbis Bay.

Since May traffic officers have dealt with a variety of incidents; including a motor home fire near Fraddon and clearing the debris of a boat from both sides of the A30 near Okehampton after a car towing it was in collision with the central reservation barrier.

Last year traffic officers attended a total of 126 incidents in just two months and 2021 could be even busier. Record amounts of traffic headed into Cornwall for the late May bank holiday and – with the school holidays now under way – this summer could be the busiest on record if that trend continues.

South West Regional Director Andrew Page-Dove said: “With the end of lockdown, the number of people taking domestic holidays has rocketed and Cornwall is a key destination. We’ve already been busy keeping routes flowing for G7 traffic and we’re now providing support and assistance to drivers in what could be our busiest summer yet.

“We’re delighted we can provide seasonal support and this year we’ve added even more patrols on the A30 when holidays will be especially important to people. It’s likely to be a very demanding season but our traffic officers are more than ready to deal with whatever comes their way.

“Our patrols provide real value, to both our police and the travelling public, and to the Cornwall economy as a whole, and we are already planning how we can continue this service in the future.” 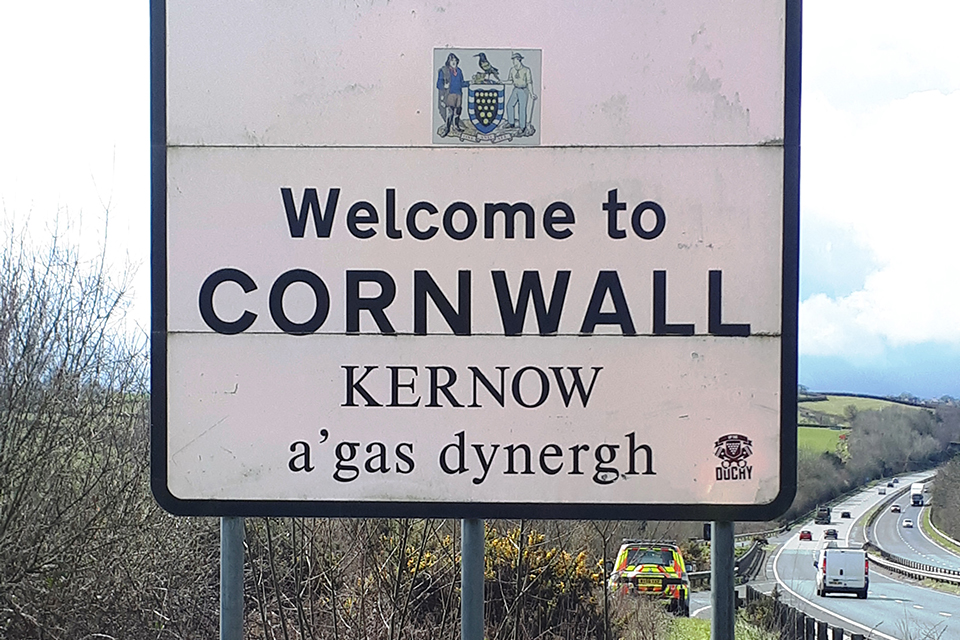 Caption: A Highways England Traffic Officer vehicle alongside the A30

The patrols cover the A30 between Lifton Down to Carland Cross, and help Devon and Cornwall Police to meet the demands of increased traffic volumes and related incidents on the A30 in Cornwall and neighbouring Devon.

Traffic officers currently assist drivers in any difficulty, co-ordinate the resources of the emergency services, manage traffic to reduce incident-related congestion and clear debris from the carriageways.

Superintendent Adrian Leisk, Alliance Roads Policing Strategic Lead, said: “We are delighted to be again closely working in partnership with Highways England’s traffic officers in Cornwall with the aim of keeping the A30 running as smoothly as possible. Traffic Officers play a key role in dealing with collisions and incidents on the route, reducing congestion and delays to journeys as a result.

“We really do need the motoring public’s support in ensuring that their vehicles are roadworthy, as these simple checks can reduce the chances of you being involved in a breakdown.”

Alison Hernandez, Police and Crime Commissioner for Devon, Cornwall and the Isles of Scilly, chairman of the Vision Zero South West road safety partnership and national APCC lead for road safety, has also welcomed the A30 patrols.

She said: “It’s fantastic to have this vital route supported by Highways England officers. Tourism is the lifeblood of the South West economy which makes us the No 1 domestic tourist destination in the country.  Increasing any visible presence on our roads that can help make journeys safer is to be warmly welcomed.

“As a partner in Vision Zero South West, Highways England traffic officers will also be an important source of post-crash care, which is a key theme in the partnership’s ambition to make our roads completely free of serious and fatal collisions.”

Traffic officers are not an enforcement agency, but they do have the power to stop and direct traffic, close lanes and carriageways and manage traffic. Road users must obey their directions.

As well as incident management, they also deal with broken down and abandoned vehicles on the strategic road network, recovering vehicles that are causing a blockage or hazard, and ensure that the scene of an incident is safe, for road users and working partners.

As the nation’s Covid-19 national lockdown comes to an end, Highways England is advising drivers to carry out essential vehicle checks before making long journeys.

Given the current restrictions around overseas travel restrictions, families are taking more domestic holidays this summer, and with most cars driven considerably less frequently during a year of lockdown, vehicle checks are more important than ever.

Poor tyre pressure and over-worn tyres cause accidents and according to research commissioned by Highways England:

The advice from Highways England is simple; check your tyre pressure and the condition of your tyres, including the spare, before you set off on a long journey.

Look out for cuts or wear and make sure the tyres have a minimum tread depth of 1.6mm, which is the legal limit. To check your tyre pressure, visit fuel and service station forecourts, most of which have an air machine for checking and inflating your tyre pressure.

If you are stopped by the police and found with illegal tyres, you could receive a £2,500 fine and 3 penalty points per tyre.

For more information on how to check over your vehicle go to the Highways England website here.

And for more details on the roles and responsibilities of a Highways England traffic officer go to www.gov.uk/government/organisations/highways-england/about-our-services#traffic-officers