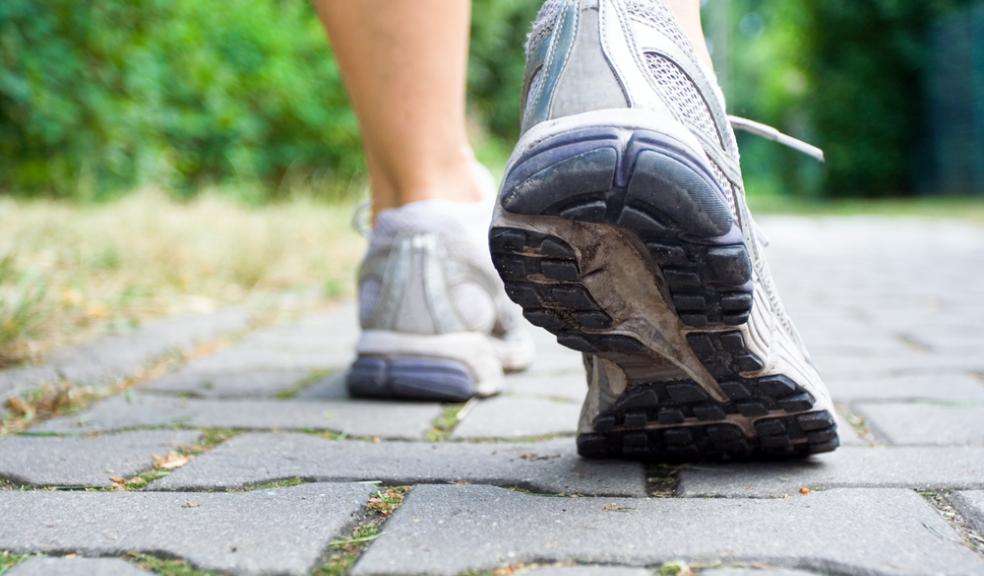 More than seven in ten people from the South West (77 per cent) are not doing the amount of average weekly exercise recommended by NHS guidelines, despite evidence that taking part in regular exercise can reduce a person’s risk of developing dementia, according to a survey carried out by Alzheimer’s Society to mark the start of Memory Walks on Saturday.

NHS guidelines advise that adults should take part in at least 150 minutes of moderate aerobic activity such as brisk walking every week, but this survey shows that in the South West only 20% of people are following these guidelines while more than one in 10 (11%) don’t participate in any exercise at all during an average week.

The region with the lowest number of people doing the recommended amount of average weekly exercise is the West Midlands - only 14%, while the regions where most people do the recommended amount are the North West and South West – 20%. People in London are the least aware of the benefits of exercise in reducing the risk of developing dementia (32%) while the highest awareness is in the South West (44%).

Current evidence suggests that an increase in physical activity, along with increasing cognitive activity, eating a healthy diet, not smoking and management of diseases such as diabetes, have the potential to reduce the risk of dementia. These findings have been reported in several studies including a recent review of dementia risk factors published in the Alzheimer’s & Dementia Journal, as well as the World Alzheimer’s Report 2014.

Actress Adele Silva will be taking part in Alzheimer’s Society’s first Memory Walk in Leeds this Saturday (5th September). She said: “I’ve experienced first-hand the devastating effect dementia has on families, and it saddens me to think people aren’t aware of simple things they can do to reduce their risk of developing this terrible condition. Evidence has shown that taking regular exercise, eating a healthy balanced diet and not smoking can help prevent dementia and can also help people already living with the condition.

“This Saturday, I’ll be taking part in Alzheimer’s Society’s Leeds Memory Walk and I’ll be walking for my wonderful Nan, who had dementia, along with thousands of people walking for their loved ones. It’s a great way to raise vital funds to support others living with the condition.”

“I’m still young and despite my Alzheimer’s diagnosis, I’m determined to stay as active as possible for as long as possible.”

Dr Clare Walton, Research Manager at Alzheimer’s Society said: “The results of Alzheimer’s Society’s survey are concerning, showing a lack of awareness among the general public of the benefits of exercise. What’s good for the heart is good for the head and regular exercise is one of the best ways to reduce your risk of developing dementia, yet many people questioned didn’t know that.

“People living with dementia should also try to keep physically active as it can bring many benefits including improved circulation, reduced stress and anxiety and better sleep. Alzheimer’s Society’s Memory Walks, taking place throughout September, are a great way for people with and without dementia to get some exercise and to meet other people in your local community.”

Activities such as brisk walking can contribute to the total weekly exercise recommended by the NHS. Taking part in an Alzheimer’s Society Memory Walk is a great way to get active and raise money to help support research and vital services for people living with dementia. Alzheimer’s Society’s Memory Walks are taking place across England, Wales and Northern Ireland throughout September. To sign up to your nearest walk and start fundraising, visit memorywalk.org.uk