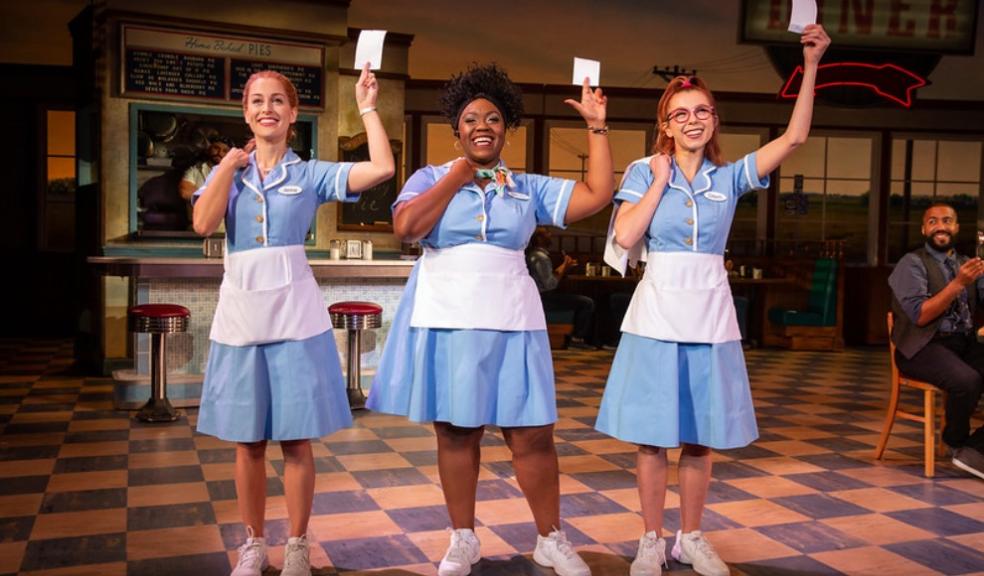 Everyone at TRP has been working very hard behind the scenes to make sure that they have some fantastic shows lined up for their audiences once the Theatre re-opens.

Today they are excited to announce five shows coming to TRP on 2021, with four blockbuster musicals and a new epic stage thriller, there’s something for everyone!

Tickets will be available to purchase from Tuesday 25 August on the TRP website where people can discover all the amazing shows coming to Plymouth.

The smash hit musical comedy Hairspray is returning to Plymouth with a production guaranteed to have you dancing the night away!

It’s Baltimore, 1962 where Tracy Turnblad, a big girl with big hair and an even bigger heart, is on a mission to follow her dreams and dance her way onto national TV. Tracy’s audition makes her a local star and soon she is using her new-found fame to fight for equality, bagging local heartthrob Link Larkin along the way!

Featuring the hit songs ‘Welcome To The 60s’, ‘You Can’t Stop The Beat’, ‘The Nicest Kids in Town’ and many more. Don’t miss this irresistible feel-good show that will have you smiling for days - let your hair down and book now!

Meet Jenna, a waitress and expert pie-maker who dreams of some happiness in her life. When a hot new doctor arrives in town, life gets complicated. With the support of her workmates Becky and Dawn, Jenna overcomes the challenges she faces and finds that laughter, love and friendship can provide the perfect recipe for happiness.

Brought to life by a ground-breaking, female-led creative team, this ‘warm, witty, wise and hilarious’ (EXPRESS) hit features ‘one of the best scores in years’ (THE STAGE) by the Grammy award-winning Sara Bareilles (‘Love Song’, ‘Brave’) a book by acclaimed screenwriter Jessie Nelson (I Am Sam) and direction by Tony® Award-winner Diane Paulus (Pippin, Finding Neverland).

Receiving standing ovations night after night in London’s West End and on Broadway, Waitress is ‘the real deal’ (INDEPENDENT) musical comedy ‘made from the finest ingredients’ (TIME OUT). Book now and get your tickets to this ‘joyously life-affirming celebration of love and friendship’ (EXPRESS).

Set amidst the razzle-dazzle decadence of the 1920s, Chicago is the story of Roxie Hart, a housewife and nightclub dancer who murders her on-the-side lover after he threatens to walk out on her. Desperate to avoid conviction, she dupes the public, the media and her rival cellmate, Velma Kelly, by hiring Chicago’s slickest criminal lawyer to transform her malicious crime into a barrage of sensational headlines, the likes of which might just as easily be ripped from today's tabloids.

after another includes ‘Razzle Dazzle’, ‘Cell Block Tango’ and ‘All That Jazz’. With 6 Tony Awards, 2 Olivier Awards, a Grammy® and thousands of standing ovations, Chicago truly is “SUPERB” (Daily Telegraph).

The blockbuster story that captivated the world is now an epic stage thriller. Can you crack the code and solve a centuries old mystery?

The curator of the Louvre has been brutally murdered, and alongside his body are a series of baffling codes. Follow the pulse-racing journey as Professor Robert Langdon and fellow cryptologist Sophie Neveu attempt to solve the riddles, leading to the works of Leonardo Da Vinci and beyond, deep into the vault of history. In a breathless race through the streets of Europe, Langdon and Neveu must decipher the labyrinthine code before a shocking historical secret is lost forever.

Based on the best-selling novel of this century, with over 100 million copies sold, unlock the secrets of The Da Vinci Code in the world premiere stage adaptation of the international phenomenon and uncover the truth in the greatest thriller of the past 2000 years.

“I am thrilled that The Da Vinci Code is being adapted for the stage, and excited to see the unique potential of live theatre enhance this story. The team making the production has been faithful to the book, but will also bring something new for the audience, in what is certain to be a gripping, fast-paced stage thriller and a thoroughly entertaining show.” Dan Brown, author of The Da Vinci Code.

Strictly Ballroom the Musical, based on the award-winning world-wide film phenomenon, is heading out to tour the UK and Ireland, starring Strictly Come Dancing’s Kevin Clifton!

With direction from dancer, choreographer, theatre director and Britain’s favourite TV Judge, Craig Revel Horwood, Strictly Ballroom the Musical will be foxtrotting to Plymouth in September 2021. Bringing together a cast of over 20 world class performers, Strictly Ballroom the Musical follows rebellious young ballroom dancer, Scott Hastings. When his radical dance style see him fall out of favour with Australian Federation, he must dance with beginner, Fran. Together they find the courage to defy tradition and discover that to win, your steps don’t need to be strictly ballroom!

Featuring toe tapping numbers such as ‘Love is in the Air’, ‘Perhaps Perhaps Perhaps’ and ‘Time After Time’, as well as several wonderful new songs by internationally acclaimed artists including Sia, David Foster and Eddie Perfect. This spectacle is sure to make for an unforgettable evening under the glitter ball that will send your heart soaring!