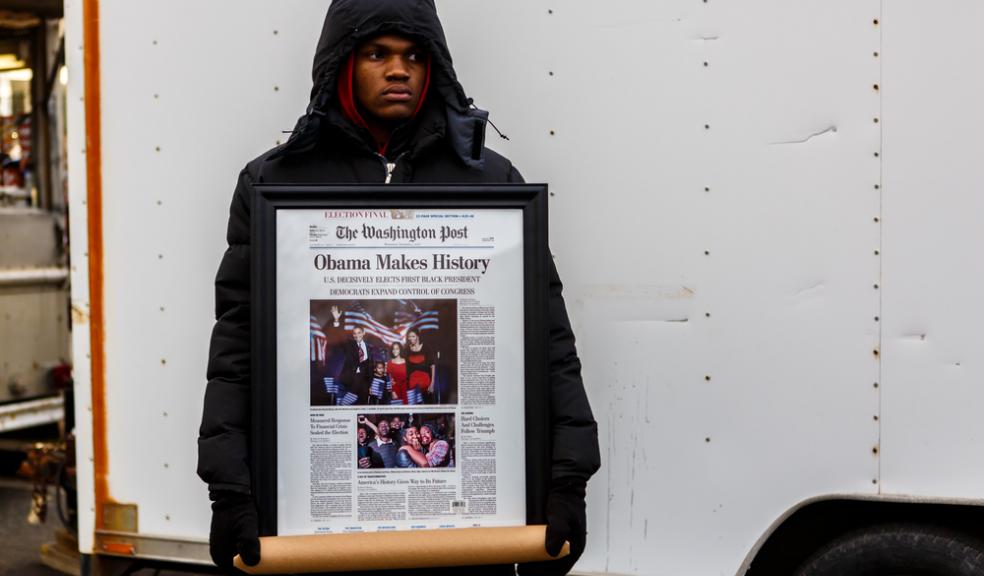 "The Internet is transforming almost every element of the news business: shortening news cycles, eroding long-reliable revenue sources, and enabling new kinds of competition, some of which bear little or no news-gathering costs."

Jeff Bezos, Chairman and CEO of Amazon.com, who has bought The Washington Post.

In news that has stunned the media industry, The Washington Post Company announced on Monday 5 August that it has signed a contract to sell its newspaper publishing businesses, including The Washington Post newspaper, to Jeffrey P. Bezos, the Chairman and CEO of Amazon.com.

The $250m sale brings to an end the 80-year family ownership of the publication. The Graham family has been at the helm of the Post during what may come to be viewed as a golden era for the traditional press. Reporting on the often turbulent modern history of America, the paper reached international prominence through its trailblazing investigative reporting, most notably of Watergate in 1972.

Mr. Bezos has confirmed he is purchasing the company in an individual capacity and not through Amazon.com, Inc.

However, with the newspaper industry currently in a period of turmoil over its future business and financial revenue models, the sale to the man behind the world's largest online retailer could mark a significant moment for the news media.

In a message to Washington Post employees, Mr Bezos moved to reassure them about the newspaper's future:

"You'll heard the news and many of you will greet it with a degree of apprehension. When a single family owns a company for many decades, and when that family acts for all those decades in good faith, in a principled manner, in good times and in rough times, as stewards of important values – when that family has done such a good job – it is only natural to worry about change.

"So, let me start with something critical. The values of The Post do not need changing. The paper’s duty will remain to its readers and not to the private interests of its owners. We will continue to follow the truth wherever it leads, and we’ll work hard not to make mistakes. When we do, we will own up to them quickly and completely.

"I won’t be leading The Washington Post day-to-day. I am happily living in 'the other Washington' where I have a day job that I love. Besides that, The Post already has an excellent leadership team that knows much more about the news business than I do, and I’m extremely grateful to them for agreeing to stay on."

But Mr Bezos also made it clear that he would be leading the company into a new era for news journalism:

"There will, of course, be change at The Post over the coming years. That’s essential and would have happened with or without new ownership. The Internet is transforming almost every element of the news business: shortening news cycles, eroding long-reliable revenue sources, and enabling new kinds of competition, some of which bear little or no news-gathering costs.

"There is no map, and charting a path ahead will not be easy. We will need to invent, which means we will need to experiment. Our touchstone will be readers, understanding what they care about – government, local leaders, restaurant openings, scout troops, businesses, charities, governors, sports – and working backwards from there. I’m excited and optimistic about the opportunity for invention.

"Journalism plays a critical role in a free society, and The Washington Post -- as the hometown paper of the capital city of the United States -- is especially important."

With the national and international media having to react to the rapidly changing landscape of the internet and social media, local news is one area that may prove it can lead the way in adapting readers' priorities in the digital age.

Marc Astley, the Editorial Director of The Daily UK which publishes The Exeter Daily and The Plymouth Daily, said:

"I have no doubt this will be the first of an increasing number of surprising and industry changing deals involving traditional and new media.

"Although some observers may find it odd that a company which has earned its millions from the internet is investing in what is essentially a print product, I am sure they will have digital aspirations beyond the current offering.

"The media landscape is changing, and will continue to change, faster and more dramatically than at any point in history."

In its press statement, Donald E. Graham, Chairman and CEO of The Washington Post Company said:

“Everyone at the Post Company and everyone in our family has always been proud of The Washington Post — of the newspaper we publish and of the people who write and produce it."

“I, along with (Chief Executive) Katharine Weymouth and our board of directors, decided to sell only after years of familiar newspaper-industry challenges made us wonder if there might be another owner who would be better for the Post (after a transaction that would be in the best interest of our shareholders). Jeff Bezos’ proven technology and business genius, his long-term approach and his personal decency make him a uniquely good new owner for the Post.

“With Mr. Bezos as our owner, this is the beginning of an exciting new era,” said Ms. Weymouth.

“I am honored to continue as CEO and Publisher. I have asked the entire senior management team at all of the businesses being sold to continue in their roles as well.”