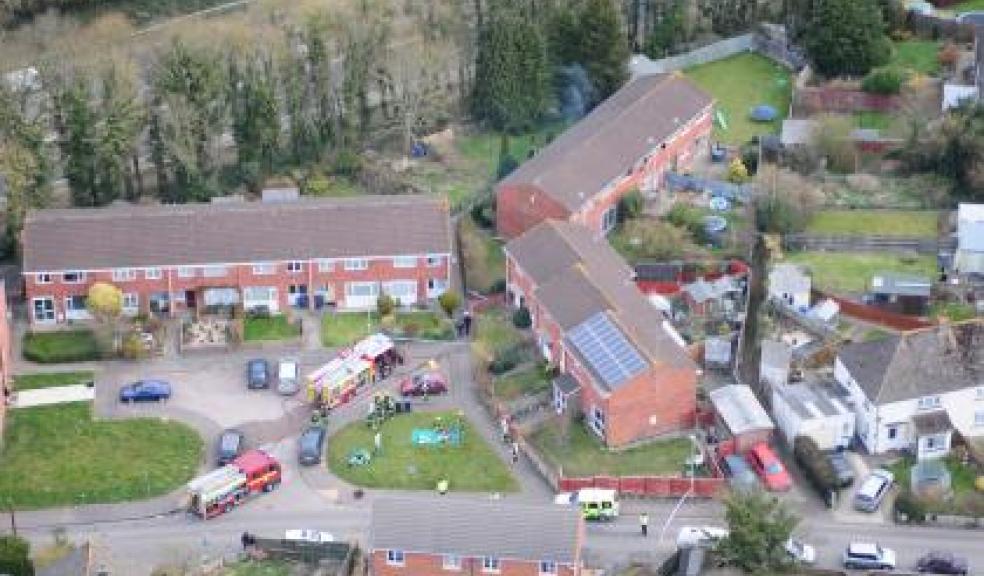 The 3 year old boy seriously hurt in a house fire in Honiton on Friday died in hospital in Bristol on Saturday.

The tragic death follows the announcement that two teenagers had died on Friday at the Royal Devon and Exeter Hospital.

At around 7.48am on Friday 5 April, emergency services were called to a reported house fire at a property in Lee Close, Honiton.

The air ambulance and the police helicopter also attended the scene, assisting in the evacuation of casualties to hospital.

Five people were taken to the Royal Devon and Exeter Hospital following the fire.

The 3 year old boy, a 17 year old female and an 18 year old male all suffered serious injuries. The police issued the following statement on Saturday:

"It is with great sadness that police can now report that the 3 year old boy, who was taken to the specialist burns unit at Frenchay hospital, has today been pronounced deceased. Our thoughts are with the family at this time and the investigation to establish the cause of the fire is ongoing."

Devon and Cornwall Police had announced the death of the two teenagers earlier on Saturday:

“It is with sadness that we can report that a 17 year old female and an 18 year male have now been pronounced deceased as a result of injuries sustained during the house fire at Lee Close, Honiton yesterday morning.  Next of kin have been informed.  A child remains in hospital in Bristol in a serious condition as a result of the incident.  Our thoughts are with family at this time and the investigation to establish the cause of the fire is ongoing.  At this time the police are not treating the matter as suspicious.”

A man in his thirties is also being treated in hospital for smoke inhalation. A 6 year old boy was discharged on Friday.

The results of post mortems on the deceased are expected on Wednesday.