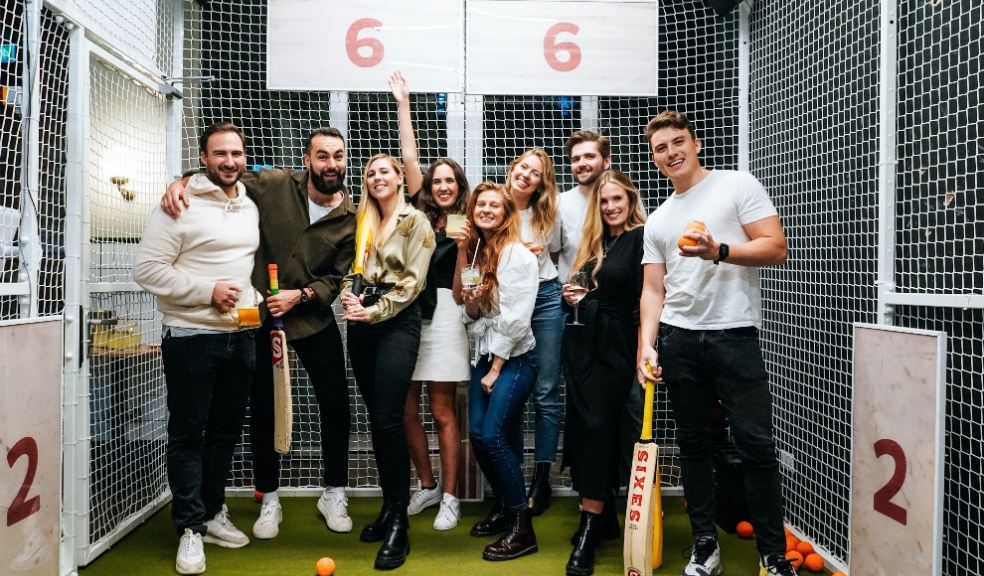 Dads of Britain have the chance to be crowned ‘Britain’s best cricketing dad’ as the world’s first immersive cricketing experience announce a Father’s Day sporting competition – with free tickets to The Hundred up for grabs!

Sixes, the UK-based social cricket venue where budding batters can show off their skills while enjoying delicious cocktails, beers and a signature British BBQ-inspired menu, is launching the contest on Sunday 19 June.

Dads and father figures up and down the country will have 24-hours to test their mettle and battle it out in the Sixes nets, as competitors face-off to run up the highest score nationwide and earn the illustrious ‘King of The Crease’ title.

The competition will see dads at Sixes venues across the country go head-to-head, with the highest run scorers placing on a nationwide leaderboard – giving them a shot at a host of exciting prizes.

The triumphant dad who tops the nationwide leaderboard, AKA the ‘King of The Crease’, will win an hour of free batting, a meal for four at Sixes - plus four tickets to The Hundred. Howzat for a prize?

Meanwhile, the father with the top score at each Sixes venue in London, Birmingham and Manchester will win a free hour of batting plus one of Sixes’ iconic ‘burger bats’ - four juicy burgers laid out on a handmade presentation bat, for the whole family to enjoy.

So, if your old man thinks he’s better than Botham, slicker than Strauss, or as rip-roaring as Root, now is the time for him to put his money where his mouth is!

Calum Mackinnon, Co-Founder at Sixes said: “We all know a dad who claims he could’ve made it as a pro cricketer – had it not been for that pesky injury.

“Now, dads across the land can show us what they’re made of and try to top our Father’s Day leaderboard.

“Not only does the winning dad get some brilliant bragging rights (being crowned King of The Crease is quite the title), but there is also a host of prizes on offer – including tickets to The Hundred!”

The Hundred is a 100 ball men’s and women’s cricket competition which launched in 2021.

The revolutionary, action-packed format, featuring world-class men’s and women’s players from around the world, has helped reintroduce cricket and showcase its biggest stars to a new audience.

Sixes Social Cricket is the world’s first immersive cricket experience which brings together BBQ inspired food, high quality-cocktails, plus the essence of English cricket to create something truly unique. There are venues located in Fulham, Fitzrovia, Manchester, and Birmingham.

Thanks to Sixes’ state-of-the-art technology, the level of challenge can be scaled up or down to suit the batter at the crease, making it as much fun for an eight-year old’s birthday party as it would be for the England squad’s Christmas party.

You can book online at: https://www.sixescricket.com/