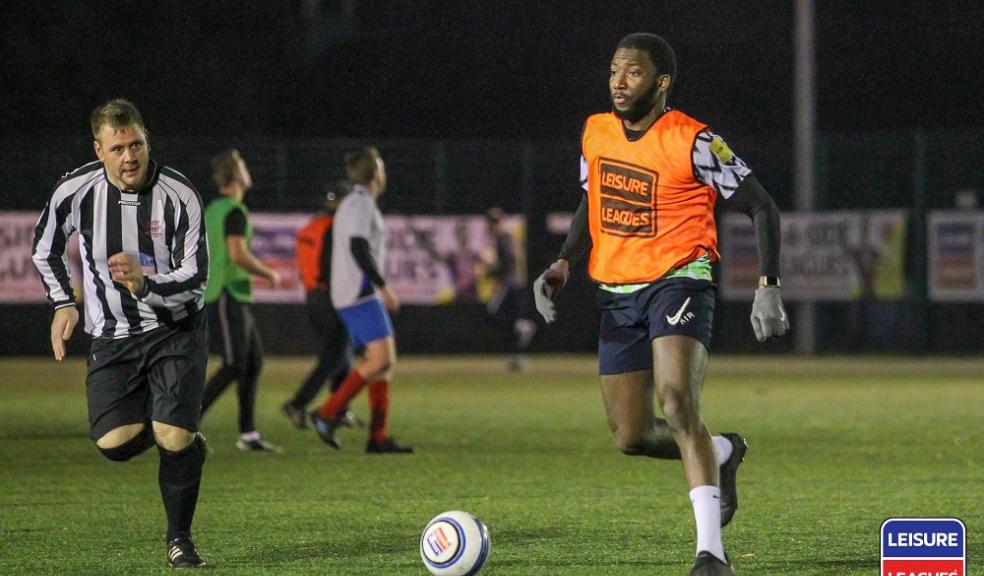 £150 of free gifts including kits for the whole team, your team entry paid for life and the most affordable game price in Barnstaple, is all on offer to players from if they sign up to a new football league.

Leisure Leagues, the world’s largest provider of 6 a side football, are proud to be starting a competition at Tarka Tennis Centre in November and says League Manager Ben Schumann, it is all designed to make the league as accessible to everyone as possible.

“We want our leagues to be as central to the community of Barnstaple as they are to so many other thousands of places in the country,” said Ben   “This free entry and affordable games offer is already attracting players to the sport that have been away from it for so long. It is brilliant to see.”

The firm has received widespread acclaim for its Covid-19 safety protocols, and it is these, says Ben, that mean the Free Kits are given out. “One of the guidelines that we have put in place was that teams should wear their own kit, so it was only right that we should take out the cost of buying one, which could be prohibitive at a time like this.”

The league is due to kick off on 8th November, and when it does teams will be playing for incredible prizes, with the top one being a trip to watch a game in one of Europe’s top leagues. In addition, there are awards for the MVP, the top scorer, the team with the best discipline and even something for the team that finishes bottom.

These prizes are the best of all the leagues in the local area, and Ben said the offer was available to all players who joined: “We are very proud of everything we do, and we are absolutely certain that anyone who has played in any other league will see ours as a positive change.”

Qualified referees will have all equipment provided, together with regular training from the likes of Mark Clattenburg, who is a Leisure Leagues Ambassador.

The league is exempt from the “Rule of 6” announced by Boris Johnson last month and Leisure Leagues have taken steps to ensure that the leagues are Covid-19 safe, with a string of new measures including not just the kit, but asking teams to pay for their games with a card rather than cash and not allowing teams within two metres of the referee.

To sign up for the league and get all the latest news: https://www.leisureleagues.net/league/tarka-tennis-centre/barnstaple-sunday

6 a side football
Devon