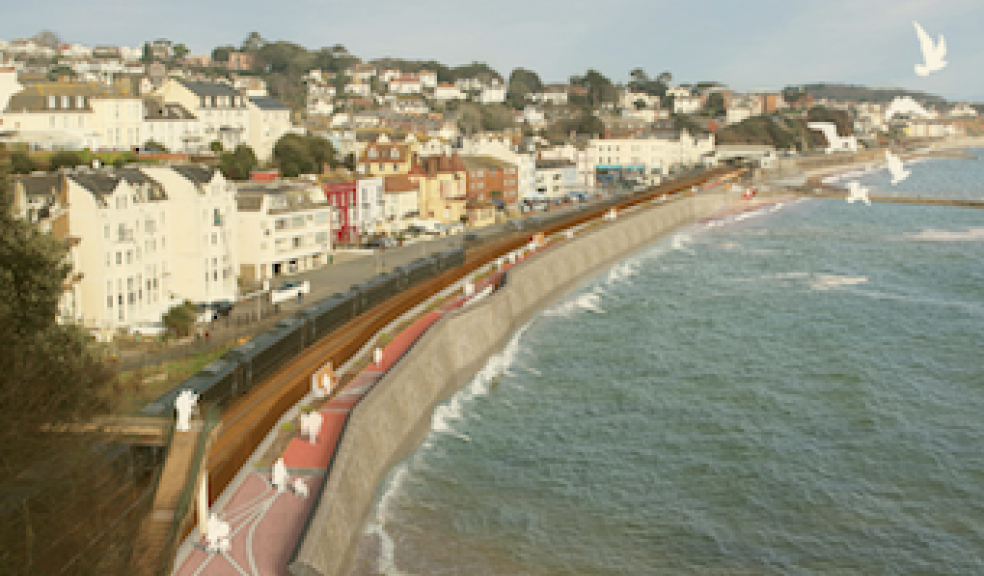 Network Rail has announced community drop-in sessions in Plymouth, Truro and Penzance to update local communities on ongoing work to improve the resilience of the stretch of railway that connects Cornwall and South Devon with the rest of the country.

The community drop-in events follow on from Transport Secretary Chris Grayling’s recent announcement that £80m will be made available to increase the height of the sea wall at Dawlish to protect this vital rail artery for the region.

Events will be held in Plymouth, Truro and Penzance on:

These will be followed by further community engagement events in Dawlish, Holcombe and Teignmouth later this year.

Such is the importance of the mainline through Devon and into Cornwall that Network Rail established the South West Rail Resilience Programme. This was created to avoid a repetition of the events in 2014 when the line was closed for six weeks after extreme weather washed away the seawall at Dawlish and led to a 20,000 tonne landslide between Dawlish and Teignmouth. The programme is working to identify and implement the best options to improve the resilience and the long-term future of this vital rail artery, which connects the region to the rest of the UK.

Protecting the route through Dawlish in Devon is a national priority and world-leading engineers in coastal, tunnel, cliff and railway engineering have been researching longer-term options to improve its resilience to extreme weather events, future climate change and coastal erosion.

At the drop-in events representatives from Network Rail will provide an update on the ongoing work to repair breakwaters at Dawlish, as well as details of the recently submitted plans for an improved sea wall at Dawlish.

The events will also cover the extensive geological and marine studies that have been conducted along the railway line between Dawlish and Teignmouth, and which are being used to inform the options that will be presented to local communities and put forward to government for funding.

These longer-term options will be presented to the public, local councils, stakeholders and government later this year, once analysis of the engineering studies has been completed.

Mark Langman, managing director of Network Rail’s western route, commented: “Funded by £15m of government money, Network Rail has been working with world-leading engineers to identify and deliver the best options to improve the resilience of the main rail artery in and out of South Devon and Cornwall. There has been a great deal of progress including government funding for a new sea wall in Dawlish which was confirmed last month. We would like to take the opportunity to update communities and stakeholders on our progress.”