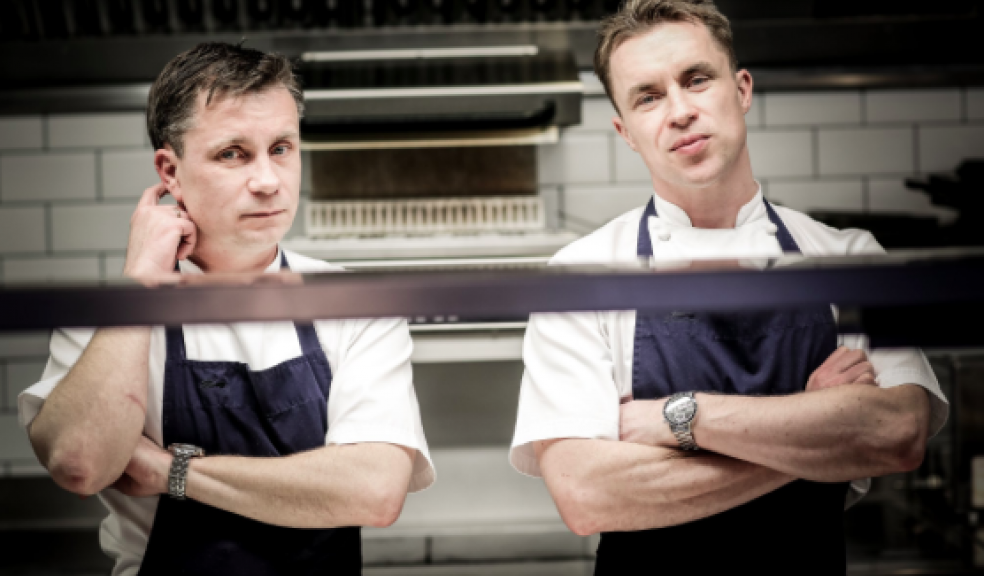 The countdown to Plymouth Flavour Fest began today with the announcement that talented chef siblings, James and Chris Tanner, will be the event's official patrons.

The famous restauranteurs have supported the South West’s largest food festival since it was launched 14-years-ago and, as figureheads for 2017, they are planning to cook up a storm. As patrons, the chefs will help shape the event and enhance the chef stage programme, bringing an added ingredient of excitement for 2017.

The weekend event, on Friday, June 2 to Sunday, June 4, will see the Piazza transformed, with stalls brimming with local delicacies, live music and a marquee bar.

With more than 100 traders showcasing the best regional produce - as well as cookery demonstrations from talented local and celebrity chefs - organisers are hoping to yet again attract more than 100,000 food lovers to the South West’s largest free food and drink festival.

The Tanners, who own Plymouth brasserie Barbican Kitchen, said they were proud to be supporting one of the top events in the South West’s cookery calendar.

James, star of television shows including Saturday Kitchen and Ready, Steady, Cook, said: “The West Country is a mecca for foodies and we have always been spoilt for choice when it comes to local produce and ingredients.

“Visitors to Flavour Fest will get to experience the true taste of the South West, sampling just some of the local delicacies on offer. We are excited and honoured to be acting as the figureheads for this year’s event!”

The Internationally renowned chefs have called the South West their home for the past 17 years and have helped put Plymouth and the region on the UK food map.

Chris, a protégé of the Roux Brothers, added: “We have been involved in Flavour Fest since day one and it has been fantastic to see it grow and evolve into the South West’s largest food festival.

“It is a brilliant advert for the region and a chance for producers to showcase just some of the amazing food and drink available right on our doorstep.

“We are proud to be representing the event and look forward to making Flavour Fest 2017 the biggest yet!”

New to the culinary extravaganza this year will be a special Street Food area on Armada Way, as well as the welcome return of the popular Continental Market in Place de Brest.

With a feast of entertainment across the weekend the Friday will see live music as traders open late into the evening for the first time offering samples of everything from cheeses to pate, cakes to relishes and the opportunity to grab a drink at the Bays Brewery event bar.

For the second year running the Fun Kitchen team will add a children’s interactive element for budding master chefs, with recipes and ideas from local stars including Dan the Fishman and CATERed.

And catering students from Cornwall College will be lending a hand behind the scenes to mix up the great ingredients with some of the region’s top chefs.

Details of all the planned events and timings can be found on the new Flavour Fest Facebook website at www.flavourfestsw.co.uk or visitplymouth.co.uk.