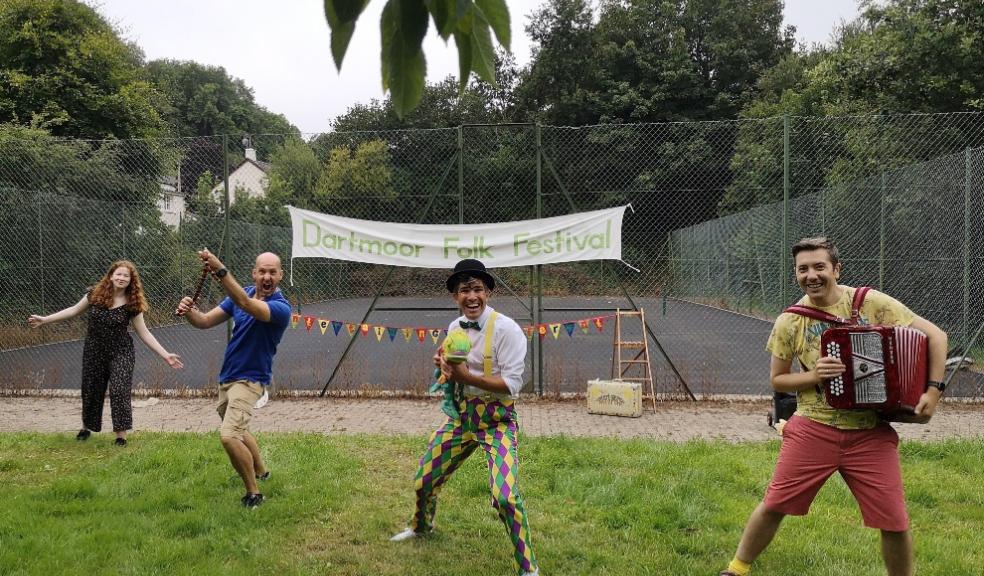 THE date of the 43rd Dartmoor Folk Festival, which takes place in the foothills of Dartmoor at South Zeal near Okehampton each year, has been announced.

It has been scheduled for August 6, 7 and 8, 2021 and, all being well, will include a packed weekend of concerts, ceilidhs, workshops, song and music sessions, children's festival, craft displays, folk service, Dartmoor ramble and much more.

Despite the postponement of the full 2020 Dartmoor Folk Festival in August, the festival's traditional competitions and some fun activities went ahead on-line.

The festival website: www.dartmoorfolkfestival.org.uk included instructional videos on how to learn the steps for the dances.

There were many entries in both the adult and junior step dance and broom dance competitions, the broom dance for primary school age children only.

The competitions were organised by Matt Norman, Richard De Salis, Jenny Read and Lisa Sture, and they also acted as the judges.

Broom Dance winner was Eleanor Pearce of South Zeal and socially-distanced, she was presented with her trophies by the Festival President, Mrs Shirley Bazeley some days after the competition.

Adult Step Dance winner was Mark Cotgrove from Essex. He received his award in the post a few weeks after the competition and said on social media alongside a photo of himself with his award: "I received this beauty in the post today out here in furthest Essex.

"Many thanks to all involved in the festival and all the other very inspiring dancers."

"Nothing can replace the great music, company and atmosphere of the festival, but we thought we could try and keep the wonderful step and broom dancing traditions running.

"Thanks to Matt Norman and Richard De Salis we took to the internet to enable the step dancers and broom dancers to compete from their own homes.

"It all went very well and we can't thank all those involved and the competitors enough. They really helped us to keep the traditions alive, which is the aim of the festival."

Another important and increasingly popular part of the annual Dartmoor Folk Festival is the Children's Festival which is directed by Entertainingly Different's Rob Pudner.

Rob and a host of entertainers presented a free family friendly interactive children's and adults show entitled "Rise and Shine".

There was music, song and dance as well as lots of jokes, stories, silliness, shout outs and fun.

Also during the weekend, John and Katie Howson, who run the Veteran CD stall at the festival each year, ran a virtual CD stall via the Veteran website.