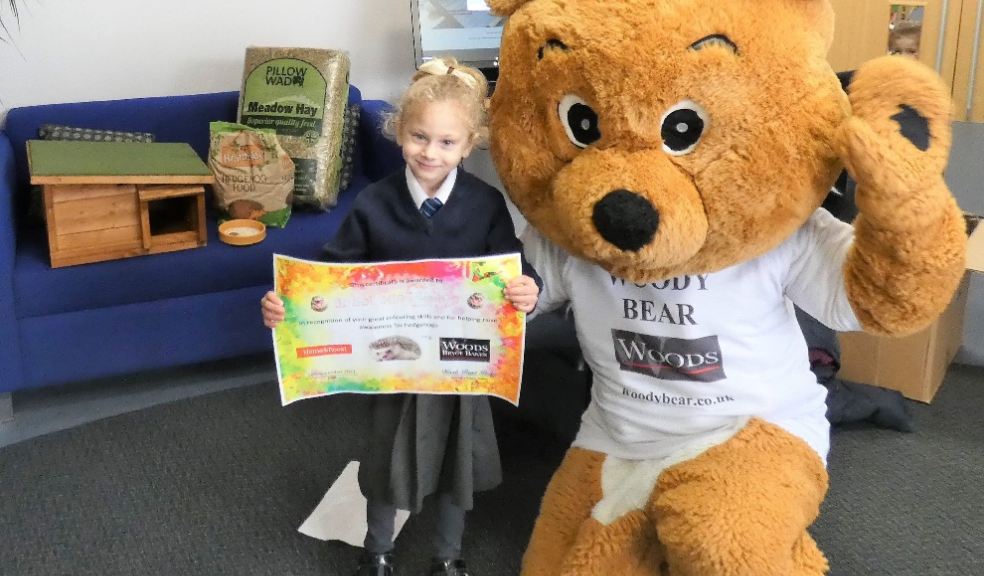 Back in October, Woods Bryce Baker, the Experts in Property on Torquay Road in Preston, launched a hedgehog-themed colouring competition for pupils of Oldway Primary School, to help raise awareness of the hedgehog’s plight for survival in the UK.

The competition attracted around 50 entries, the pictures all beautifully coloured by the children, aged between four and 10.

Entries were displayed in the office and photos of them posted onto the @woodshomes facebook page for friends and family to like and share. Judging was based on facebook votes and the winner has been revealed…

Five-year-old Lulabelle received the most votes and was presented with her prize by none other than Woods’ furry mascot, Woody Bear. Lulabelle and her teacher met Woody at the school and she was awarded a four-piece hedgehog house starter kit containing a predator-proof hedgehog house along with a large bag of Brambles crunchy hedgehog food, a Hatchwell Company hedgehog food and water bowl, and a pack of Pillow Wad meadow superior quality hay, all very kindly donated by Home & Roost, the UK’s leading online supplier of wooden pet products.

Lulabelle really loved meeting Woody Bear. She said she loves hedgehogs and was hoping that she’d get one in her new hedgehog house. 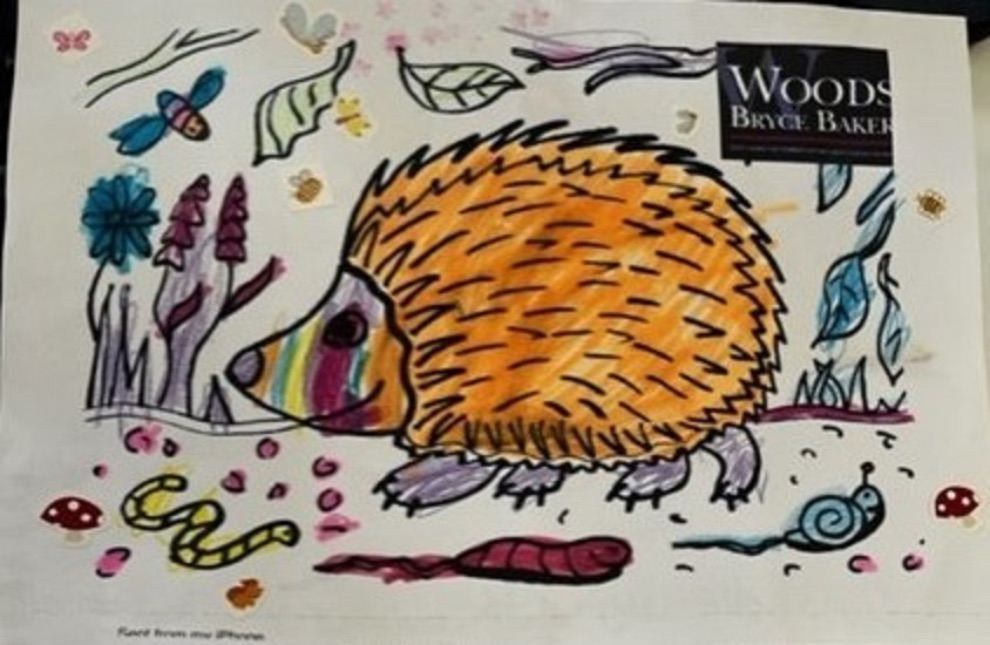 Sarah Thomas, senior sales negotiator at Wood’s Bryce Baker, said: “It was a joy to see all of the colourings by the children, they were well received by visitors to the office. There really are some talented budding artists at Oldway – the standards were very high! People seemed to really like the vibrant colours that Lulabelle had used in her beautiful colouring, and the butterfly and flying insect stickers she’d used were a lovely addition.”

Recently added to the Red List for Britain’s Mammals by the Mammal Society, it is estimated that our hedgehog population has seen a decline of more than 46% over 13 years, with reasons including road fatalities and loss of habitat due to modern farming methods, building and development.

More information on hedgehog preservation can be found at ‘Hedgehog Street’ – a partnership project between the British Hedgehog Preservation Society (BHPS) and People’s Trust for Endangered Species.

For further information on the plight of our prickly friends, or to discuss any property-related matter, pop into the Woods Bryce Baker office in Preston or call 01803 390000. To browse property for sale and to rent across Torbay and the South West, visit www.woodshomes.co.uk or www.theexpertsinproperty.co.uk.