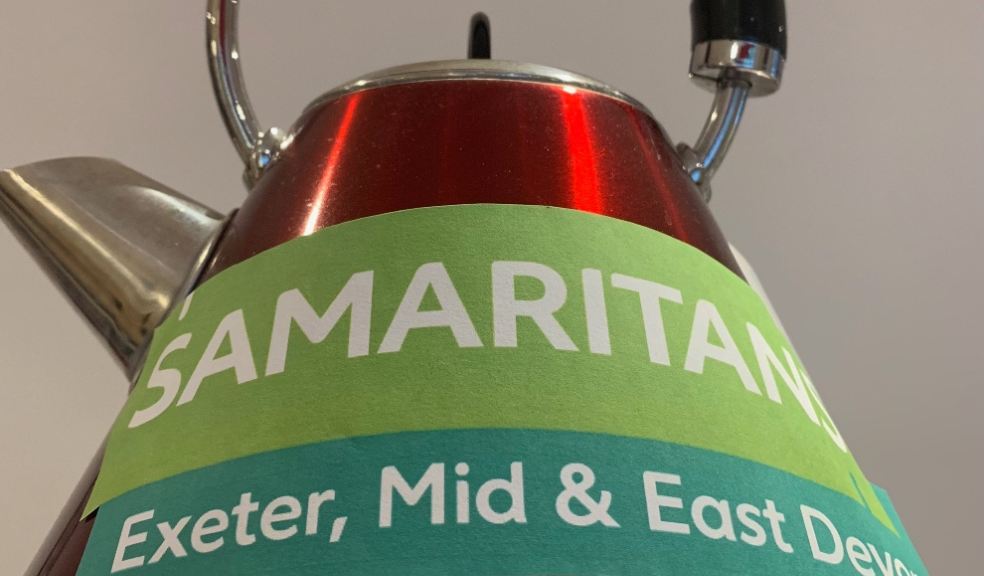 The local branch of Samaritans is encouraging people across East Devon to reach out to someone they care about for a cuppa and a catch up for Brew Monday, January 17.

Whilst the third Monday in January is sometimes referred to as ‘the most difficult day of the year’, the charity is highlighting that there’s no such thing as ‘Blue Monday’ as people can feel a range of emotions any day of the year.

Volunteers from the Exeter, Mid & East Devon branch Samaritans will be joined by station staff at a range of station in Exeter and across much of the county on January 17 from early in the morning, handing out teabags and talking to passengers about the importance of reaching out and providing listening tips.

Although winter is thought to be one of the harder seasons with dark days and frosty nights, Samaritans volunteers hear similar concerns all year round from those that contact the charity.

So, to ensure nobody struggles alone, on Brew Monday or any other day, Samaritans is reminding everyone to check in on friends, family or colleagues. It doesn’t need to be a Monday or a cup of tea, it’s about connecting and really listening to each other.

Mel Whittock, director of the local Samaritans branch, says: “We’re really looking forward to being at our local stations to talk to passengers and are so thankful to the rail industry for their support.

“We are encouraging people to look out for their family, friends and work colleagues and be that listening ear that they might just need. It doesn’t matter if it’s Monday morning or Thursday night, or if you’re drinking lemonade, black coffee or apple juice. If you’re sharing a cup of something and listening, you’re making a difference to someone’s day.”

Samaritans has worked in partnership with Network Rail and the wider rail industry since 2010 to reduce suicides on the railway and support those affected by them.

Samaritans has trained over 23,000 rail and BTP staff in suicide prevention and runs awareness campaigns to encourage the public and their staff to start a conversation and recognise the power of human connection to help save lives.