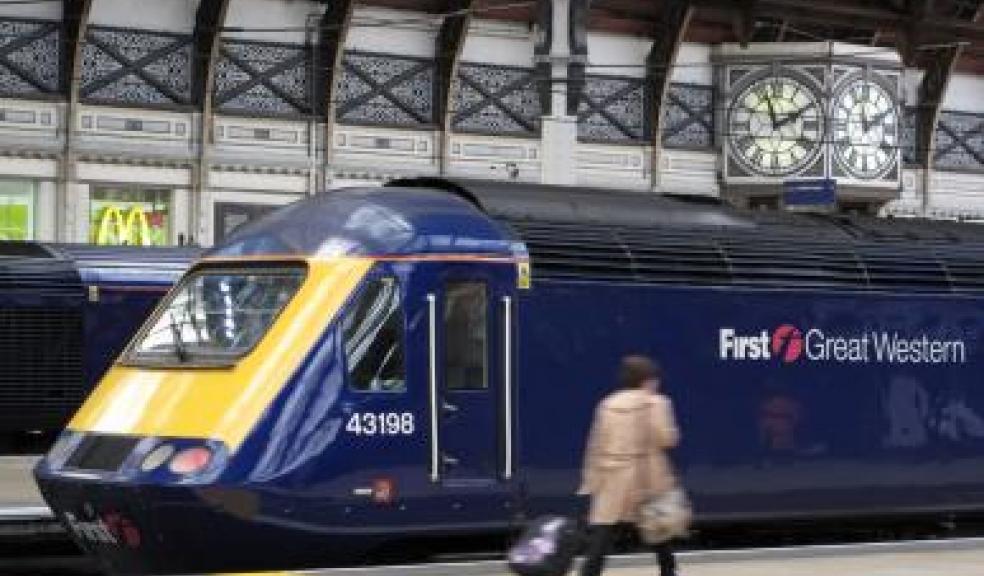 Some Commuters could see their travel costs rise to over £5,000 a year as the rail fares increase nationwide.

Industry organisation, the Rail Delivery Group, have said that increase is the smallest increase in the last four years but campaigners have said the fares are still rising three times faster than average incomes.

On average UK rail fares are set to rise by 2.8% but some regulated tickets, such as season tickets and off-peak travel tickets have risen by 3.1%.

This could see some commuters spending more than £5,000 a year on travel costs.

South West Trains has confirmed that the average increase across all of its fares will be 3%, or an extra 13p on a single journey.

In the autumn statement Chancellor George Osbourne said he would keep fares in line with the Retail Price Index (RPI) inflation rate of 3.1%.

Speaking after the statement First Great Western Managing Director Mark Hopwood said: "We welcome the Government's decision today to peg regulated fares to inflation, which will also be appreciated by our customers.

"A consequence of today's announcement is that all of our fares for travel after 2 January 2014 now have to be recalculated, checked and input into the industry fares systems in much less time it would normally take. We will be working around the clock to make that happen.”

Rail Minister Stephen Hammond said: “The government understands concerns rail passengers have about the costs of fares and the impact they have on household budgets.

“That is why, for the first time in a decade, regulated fares will not rise on average by more than the rate of inflation, offering relief for families and the hard-working people.”

The Government has also said that the majority of the price increase will go into new rail modernisation investments which the government expects to improve the efficiency of train travel and stimulate the national economy.

Total rail investment is expected to see £38 billion spent on the network over the next five years.

Some commentators have said that the investment in rail infrastructure is long overdue having invested far less than other leading European economies.

Jon Shaw, Professor of Transport Geography at Plymouth University, said: “It’s true we’re seeing impressive levels of investment in the railways at the moment – more than I can ever remember, actually – but there was no real alternative given how little we’ve spent in the last decades.

“At least this year passengers see some relief as regulated fares will rise only in line with inflation, but we’re still getting appalling value for money. Let’s not let this piece of good news deflect from the fact that further increased investment will be needed to ensure our rail network is fit for purpose in the future.”

Campaigners however have staged protests at London King’s Cross station today to criticise the price increase as it puts further pressure on working people’s incomes.

"The average 3.1% increase comes after 10 years of inflation-busting fare increases, meaning that our trains are easily the most expensive in Europe.

“This will mean increasing financial pain for many ordinary commuters who are facing a cost of living crisis and are in some cases spending 25% of their income on rail fares." Said Bruce Williamson of campaign group Railfuture.

Mr Williamson also criticised the Government’s decision to base the fare increases on RPI rather than the lower Consumer Price Index.

He continued:“The RPI measure of inflation is higher than the Consumer Price Index, but most pensions benefits and salaries are linked to CPI not RPI, so what does this mean in reality?  It means that a larger chunk of people’s income will be spent on rail fares.",

The Green Party is urging the public to support their campaign to take back the Great Western franchise into public ownership, when the franchise expires in two years time.Greens argue that a publicly-owned railway would lead to lower fares and lower subsidies from the taxpayer.

Professor Molly Scott Cato, lead Green Party European candidate in the South West, said: “Yet again passengers are being hit with above inflationary rises in rail fares at a time when wages are stagnant and passengers in the UK are already paying some of the highest fares in Europe. For that they have to endure overcrowded trains and unreliable services.

"Ironically, profits from railway companies in the UK are skimmed off to be invested in trains and tracks in other countries. For example, train operating company Arriva is owned by Deutsche Bahn, which is in turn owned by the German government.

“There is now less than two years until the First Great Western franchise expires.

"This will provide the ideal opportunity to take back the franchise into public ownership.  Taking back individual franchises when they expire, or when companies fail to meet their conditions, could save the Government over £1 billion a year every year.

"This is money that could and should be reinvested in services, and also used to reduce fares. We urge the public to support our campaign and sign our petition; it’s time to get our railways back on the right track and working for the common good.”