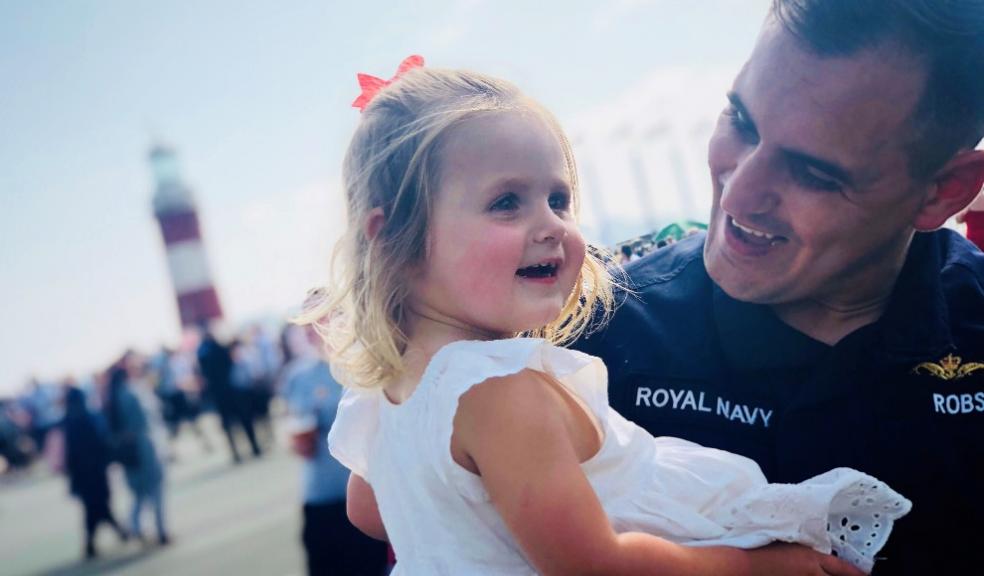 The charity Little Troopers wants military families in the South West to send in family photos to its national photo competition that will shine a light on the day-to-day lives of military children.

The competition is part of the charity’s ‘Through Our Eyes’ campaign which acknowledges and celebrates the unique experience of being a military child. British Armed Forces families are encouraged to submit poignant photos that capture both the adventures and the challenges of military life as experienced by the thousands of UK children who have parent serving with the Royal Navy, British Army, RAF or reserves.

The winning photos, and the stories behind them, will be shared later this year and also made into a 2021 calendar. Families can submit their images on the Little Troopers website and the competition will close on Friday 25thSeptember. Photos must feature a child who has a parent in the British Armed Forces, have a military connection and a heart-warming story, and have been taken between May 2019 and September 2020.

Examples include children welcoming a parent home from deployment, watching a military parade or display, saying goodbye to a parent or close friend, moving home or being separated from a parent during lockdown. Group pictures from schools with a military connection are also welcome. All winning entries will receive a prize.

Louise Fetigan, founder of Little Troopers, comments: “Recent months have been a real whirlwind for many military children and their families and this is a way for us to bring together some of these stories to share. We know there are lots of military families living in the South West and we’d love to have them represented in the photo collection.

“We are looking for moving photos that document the highs and lows of military life and help us to see the lives of military children through their eyes. We hope that the photos will be a great way for us to show all the Little Troopers out there that they are not alone; they are part of a unique community of amazing children who all go through similar experiences.”

Little Troopers has had a busy 2020. Amongst its many resources and initiatives for forces children the charity recently launched a new Little Troopers Letters pack for service children who are due to move home soon and wish to keep in touch with a close friend they will be leaving behind. The charity is also preparing to climb Mount Snowdon on 19th September after being forced to cancel the fundraising event earlier in the year due to the Covid pandemic.

For more information about Little Troopers or the competition visit www.littletroopers.net