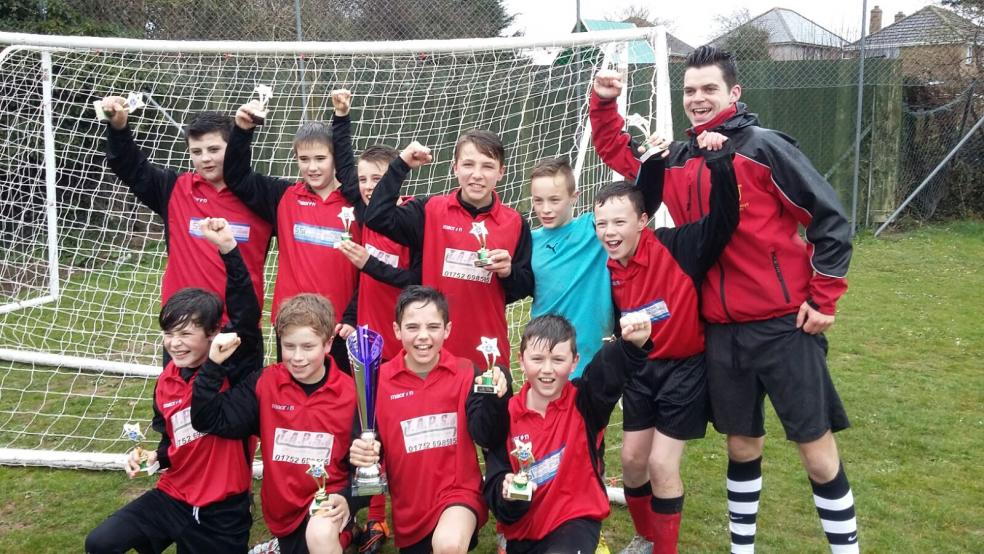 Ridgeway School Year 7 football team has won the Plymouth Cup.   Under the new management of PE teacher and head of the school’s Football Academy, Richard Harvey, the team has gone from strength to strength.   The team beat four schools on their way to lifting the coveted trophy.   “The boys did not make it easy for themselves, going 2-0 down in the semi-final against Lipson, however they showed great resilience to go on and beat them 4-3 in extra time with striker, Charlie Holbrook scoring all 4 goals,” said Richard Harvey. “They then went into the final against a very large and impressive squad in Plymstock.”   Despite the wet and windy conditions the boys were determined to battle to the end and came through with a 1-0 victory. The team now have their third round National Cup game to look forward to against Truro school.   Mr Harvey said “The boys deserve every bit of success they have had. They have taken on every bit of advice given to them and could not have worked any harder for each other”.   The Football Academy has only recently been set up at Ridgeway School and they are already seeing the success from it. With the proposed 3G astro turf also on the way, the sport- and in particular football at Ridgeway- is only going to go from strength to strength.   “Through being part of the Football Academy these boys will not only go on to win more and more matches together, they will also be given extra football coaching, both during PE and after school. They will be given the opportunity to be coached by Plymouth Argyle coaches, and importantly they will go on to be fantastic role models as they go through the school, coaching and mentoring younger Academy players within the school. It is a great time to be a footballer at Ridgeway School,” said Richard Harvey.