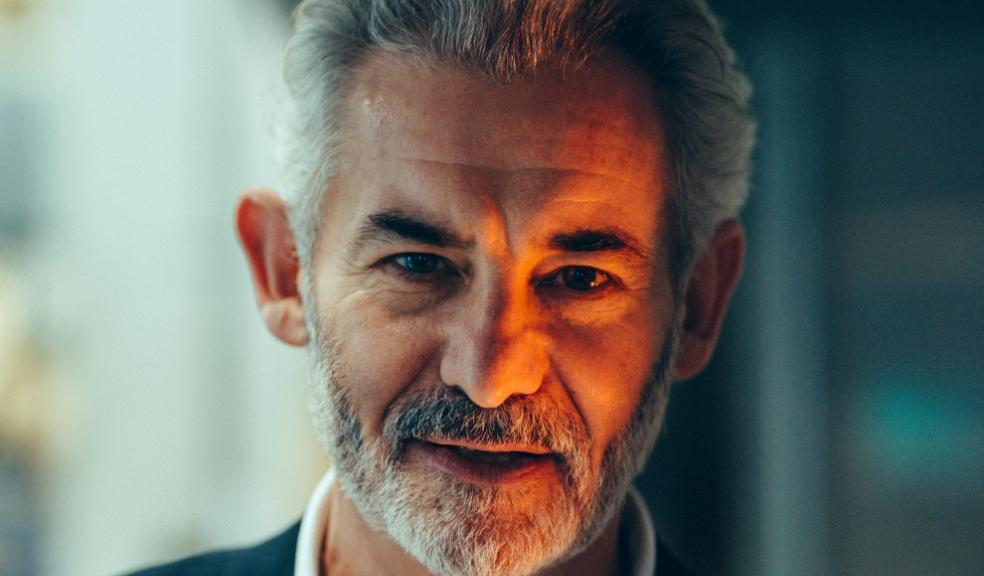 Professor Andrew Brewerton has announced his retirement as Principal & Chief Executive of Plymouth College of Art in July, after eleven years of service to the independent, university-sector art school (established in 1856), and a career of twenty-seven years in academic leadership.

In his time as Principal, Plymouth College of Art transferred from the Further Education (FE) sector to the Higher Education (HE) sector in 2014, doubled its HE student numbers, and gained degree-awarding powers at BA (Hons) and Masters level. The College has transformed the landscape of creative learning in Plymouth: developing an extraordinarily rich and diverse learning environment with the construction of new craft, design and fabrication workshops and Fab Lab Plymouth; establishing Palace Court and Palace Studios as its dedicated pre-degree campus; and founding the Plymouth School of Creative Arts (now Millbay Academy) at the Red House – developments that have been the subject of independently commissioned films by Freelands Foundation and Feilden Clegg Bradley Studios respectively.

This has been a highly productive period in which Plymouth College of Art emerged with new visibility as a public arts venue, fostering its own distinctive gallery programme and participating in multi-site exhibitions across the city such as British Art Show 7 (and the forthcoming British Art Show 9) and became the home address for independent film in the city as host venue to Plymouth Arts Cinema. The College’s biennial Making Futures symposium has established itself as an international cross-disciplinary community of practice for contemporary craft and maker movements, with international editions at Beijing Design Week, in South Korea and latterly in partnership with The British Council in the Philippines.

Purposeful mutual partnership has been a hallmark of the work of Plymouth College of Art during Andrew’s leadership tenure. This partnership is exemplified in Plymouth College of Art’s role as a founding associate of Tate Exchange; with The British Council in fieldwork in Afghanistan, Armenia, Azerbaijan, Bangladesh, Georgia, Myanmar and Pakistan; with the West Bund Art Centre on the FutureLab project in Shanghai; in leading Plymouth’s successful bid to become the UK’s first Fab City; and in establishing Makers HQ, a fashion manufacturing CIC on Union Street in partnership with Millfields Trust.

Plymouth College of Art’s implacable commitment to creative learning, through pedagogical innovation, and social justice, through community impact and social mobility, which was amplified and embedded across all of Plymouth College of Art’s work in the past decade, made it the second UK university to be awarded the Social Enterprise Gold Mark in 2017.

From his appointment Andrew has empowered colleagues to lead on social equality and widening participation. In 2016/17, the College had the highest percentage from across the South East, the South West, and London, of full-time entrants aged under 21 years old entering Higher Education for the first time from neighbourhoods with low participation in Higher Education. In 2018 Plymouth College of Art was ranked fifth out of HEIs in the UK for class equality and widening participation by Higher Education Policy Institute (HEPI), making the College the only specialist arts institution to rank within the top 10.

Professor Andrew Brewerton said: “It has been a privilege to serve this great Art School as Principal these eleven years, a period in which Plymouth College of Art has found a distinctive voice in its advocacy of arts and cultural learning and practice, and social justice, in our city – a voice whose essential message, ethos and values now resonate far beyond this region, nationally and internationally.”

Andrew has served on numerous national bodies including the National Council of Arts Council England and the Creative Industry Federation’s UK Advisory Council, and was Vice-Chair of the Prime Minister’s Initiative (PMI2) for International Education. He is currently Chair of Trustees of Plymouth Arts Cinema, Vice-Chair of UKADIA and an Advisor to the Cultural Learning Alliance.

“Although his departure will be a huge loss for our community, I’m equally confident that the strong leadership and culture that Andrew has embedded will endure and continue to empower staff and students to make their marks on a global stage. I’m confident that Andrew will remain one of our most dedicated advocates and we wish him well for the future.”

Harriet Moore, President of the Plymouth College of Art Students' Union, said: “Andrew has been an exceptional Principal and advocate for Plymouth College of Art. On behalf of the student body, I want to thank him for his passion for social justice and arts education for all. His commitment and dedication have created a wonderful community, which I've seen expand even in my short time working here. Andrew has made himself accessible to every student at the College, but on a more personal note, I'm grateful to him for his support in what has been a very difficult year to begin my role as Student Union President. I'm very thankful for the leadership, advice and mentorship he has given me. I'm sad to see him leave, but it's safe to say this is a well-earned retirement!”

Plymouth College of Art’s Board of Governors will now begin putting in place arrangements to appoint a successor.