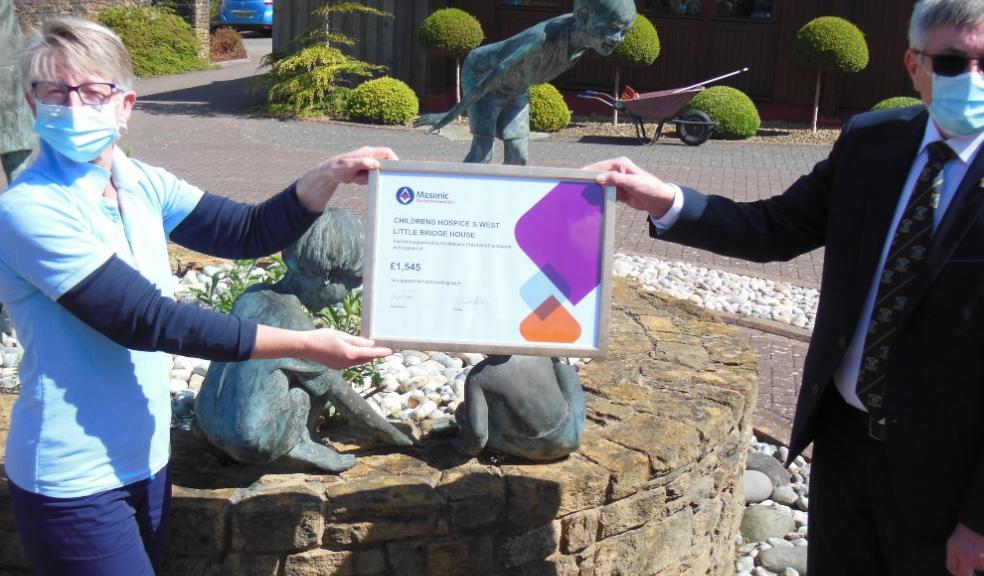 In addition to a grant of £1545, from the Masonic Charitable Foundation (MCF), there was a grant of £2075 from Torbay’s Courtland Lodge in remembrance of Denise Bibbings, wife of a senior lodge presented at the same time.

The money will be used to help provide respite care and support for the children and their families at the hospice in Fremington, Barnstaple, North Devon.

This is just one of 203 grants to hospices around the country from Freemasons. In total £750,000 will be donated to hospices all over England and Wales this year.

This includes £300,000 which will be divided between the hospices that receive less than 60 per cent funding from the NHS. A further £450,000 will be provided to individual hospices across England and Wales via Hospice UK, the national charity for hospice care.

Contributions to hospices have exceeded £14 million in England and Wales since 1984 and are continuing to increase at a rate of at least £750,000 each year. Sophie Freane (Head of Care at Little Bridge House) said: “Last year has been a challenge, along with all charities, we’ve only been able to provide about half the care to the families that we’d like to, but we are getting there in providing respite for families and their loved ones in a secure environment”.

The Devonshire Freemasons are long term supporters of Children’s Hospice South West and including the individual donations made by the 131 Devonshire Lodges have given grants totalling over £112,000 since it opened in 1995.

Charles Yelland, Assistant head of the Devonshire Freemasons said: “I’m very proud we’ve been able to assist The Children’s hospice South West, They do an outstanding job helping children with terminal or life limiting conditions, as well as supporting their families through very difficult times.”