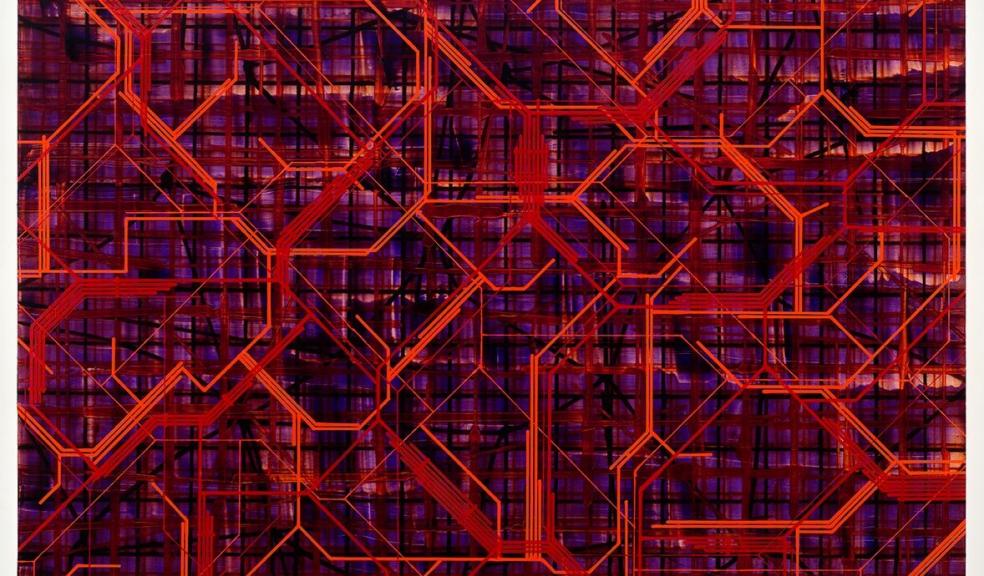 The relationship between art and mathematics has a long, rich and complex history, with both artists and mathematicians drawing inspiration from one another to investigate new ideas.

The exhibition brings these new works together, alongside visual material from the mathematicians, with whom they worked, including: Professor Sir Roger Penrose (University of Oxford), Dr Iain Moffatt (Royal Holloway) and Dr Dorothy Buck (Imperial College, London). In these collected works we begin to glimpse a shared conversation between the separate disciplines, and find a history, creativity and future common to both.

Heidi Morstang was also commissioned to produce a film ‘Thinking Space’, which explores how mathematicians think.

On Friday 22 April at 18:30 there will be a special film screening and talk by Professor Stephen Huggett, Professor in Pure Mathematics and Heidi Morstang, Lecturer in Photography. Free admission, booking is advisable