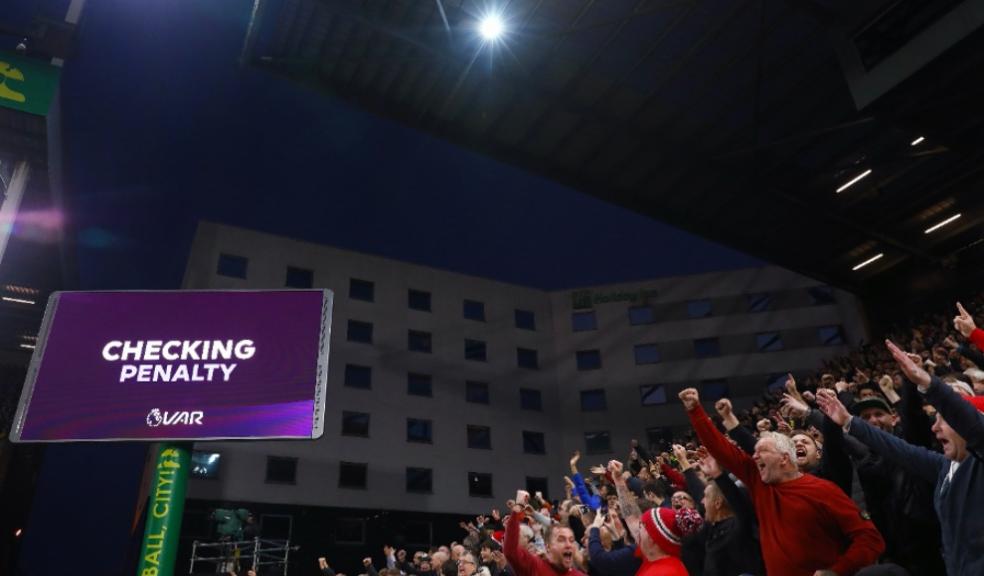 For a while since the Premier League’s restart, VAR seemed to be taking a backseat in terms of points of interest surrounding the English top flight. Most supporters were just so delighted to see live football back on their TV screens, and the return of the dedicated football betting page, that the vitriol which had been festering towards VAR was cooled slightly. Liverpool’s winning of the title also provided another key talking point which pushed VAR to the backs of people’s minds.

However, a couple of recent incidents have meant that the spotlight is now more firmly fixed on VAR than ever. The handball law has long been a source of contention among football officials, players and supporters alike, and the introduction of VAR has brought greater attention to this aspect of the rules, as every minute detail of an attack leading to a goal is scrutinised.

Both controversial incidents came on the same night, in two consecutive matches. As Tottenham Hotspur took on Sheffield United at Bramall Lane, Spurs striker Harry Kane thought he had notched a vital equaliser in the first half, before VAR chalked it off due to the fact that the ball had struck the arm of a prostrate Lucas Moura in the build-up.

Later that evening, as Manchester City mauled Liverpool 4-0 at the Etihad Stadium, the hosts were denied a fifth goal in stoppage time in very similar circumstances. Riyad Mahrez had gone on a jinking run and scored a fine goal to give City what seemed the cherry on top of the cake, but VAR disallowed it after the ball had grazed the arm of Phil Foden in the build-up while the young Englishman was on the ground.

The latest laws of the game state that the ball cannot strike the arm of an attacking player in the lead-up to a goal, regardless of intent, but it feels as though this rule is both harsh and over the top. If it wasn’t for the intervention of VAR, neither goal would have been ruled out, and so in many ways it feels as though this is a rule created solely for the purpose of VAR referrals. You could not look at either goal and say that Moura or Foden had made any kind of attempt to cheat – in both instances the ball was kicked against their arm by another player, while they lay flat on the ground.

It’s no surprise that Tottenham manager José Mourinho was apoplectic following the game, which his side went on to lose 3-1. "We're going in a direction that's really bad for the beautiful game, the game that everybody fell in love with," Mourinho said rather poetically, and even Sheffield United coach Chris Wilder agreed that disallowing the goal was a “farce”.

Some will argue that it is not against VAR that we should be levelling our criticism, but against the rule makers in the game. But the truth is that the most intricate and absurd rules in football have been thrust into the spotlight through the introduction of VAR. The intense scrutiny of each and every goal, penalty, or potential red card have bred more controversy and disharmony than it has resolved.

With the title wrapped up, the Premier League trophy safely in the clutches of Jürgen Klopp and his Liverpool team, and the novelty of the return of football having worn off slightly, you can expect that the focus will turn back to VAR in the final few weeks of the season, back to the familiar debate of whether the ‘fairness’ it brings is really worth all the strife.