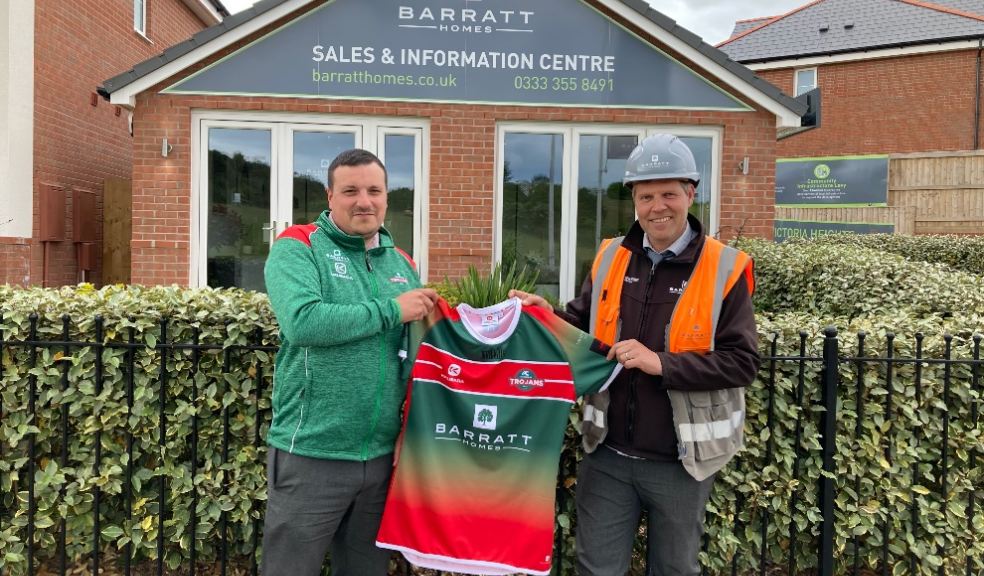 Teignbridge Trojans RLFC has secured sponsorship from a local housebuilder and is now hoping to push on and raise awareness of Rugby League in the South West ahead of the new season this summer.

Formed in 2016, the club competes in the South West Men’s League along with others from across Dorset, Devon and Cornwall, and has provided a gateway for players from various Rugby Union teams throughout the area to experience Rugby League often for the first time. As well as leading to new kits, the sponsorship will make an important contribution to the club’s running costs over the coming season.

The club is guided by a core ethos, to promote and provide the platform to enjoy Rugby League to as many people as possible, whether as a player volunteer or spectator. Opportunities are provided to play the sport without discrimination whilst helping a player’s development through the skills and fitness that the sport provides.

As well as their work on the pitch, the club is making a positive difference off it as well. Teignbridge Trojans has teamed up with men’s mental health charity Andy’s Man Club, and LooseHeadz, a rugby clothing brand that reinvests 100% of its profits to raises awareness of mental health and challenge stigma. Through this partnership, team manager Joseph Bramley will become a dedicated mental health lead at the club, providing support to players and members.

Joseph said, “With the delayed World Cup in England later this year and the addition of the sport’s top league being shown on free to air television this is a great year for the promotion of Rugby League. The South West also has its first professional team entering League 1 this year with Cornwall RLFC so it’s a big year for the region and the development of the game in our community. It’s fantastic therefore to have a recognised brand in Barratt Homes/David Wilson Homes as our main kit sponsor. It shows our ambition as a club that a company which plays such a positive role in the communities we represent wants to get involved. This will help tremendously as we grow and progress as a team.”

Nicki Reid, sales director at Barratt Homes’ Exeter division, which covers the wider Devon area, said: “We’re really pleased to be sponsors of Teignbridge Trojans RLFC and for the team to have their brand-new kit for the season. It’s incredibly important for us to help support local communities where we are building much-needed homes. The club plays a vital role in helping people stay active and healthy, both physically and mentally thanks to their partnership with inspiring orgnisations like Andy’s Man Club and LooseHeadz. We wish Teignbridge Trojans RLFC the best of luck for the season ahead.”

Barratt Homes is Devon’s leading housebuilder and is committed to providing high-quality new communities throughout the county, including Victoria Heights in nearby Alphington. The first residents have started to move into this new neighbourhood of 160 new homes made up of one, two, three and four bedroom homes, including 29 affordable homes, with new public open space, landscaped planting along with wildlife habitat protection and enhancement and new road, pedestrian and cycle links. With homes selling fast, visit the sales office now for a tour of one of the show homes.