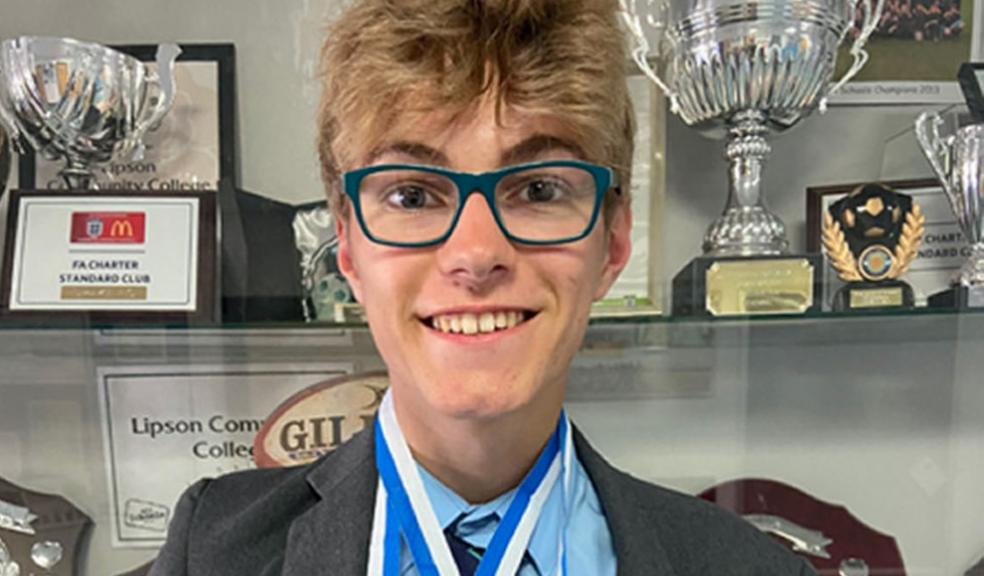 YOUNG teenager Jake Weir has achieved his season's aim by being selected to run for Devon in next month's South West Inter-Counties Championships.

The 15-year-old Plymouth sprinter, who attends Lipson Academy, reached the county standard qualification time for the 200m in the recent Devon County & Schools Championships, in which he won the Under-17s' 100m and 200m sprints.

His goal this year was to represent his county and win a Devon Vest. In pursuit of that, he has run into form at the right time to be selected for the Inter-Counties Championships, which take place at Exeter Arena on Sunday, July 18.

Jake has been in action twice since triumphing at the County & Schools Championships.   Last Wednesday (June 16), again competing against older athletes, Jake ran a personal best for the 100m at the Tavistock Mid-Summer Meet.

Finishing third in the event behind the host club's Joe Wheeler and City of Plymouth team-mate Connell McCarthy, he clocked 11.7 secs.   Younger sister Ruby also set personal best times in the Under-13 100m and 200m, finishing third in the 100 in a time of 15.8 secs, and fourth in the 200 in 34.4 secs.

On Saturday (June 19), Jake was at it again, running for City of Plymouth AC in a Southern Athletics League meet in Exeter.

This time, competing against Seniors and Under-20s, he finished third in the 200m and ran a highly creditable 11.9 secs in the 100m.