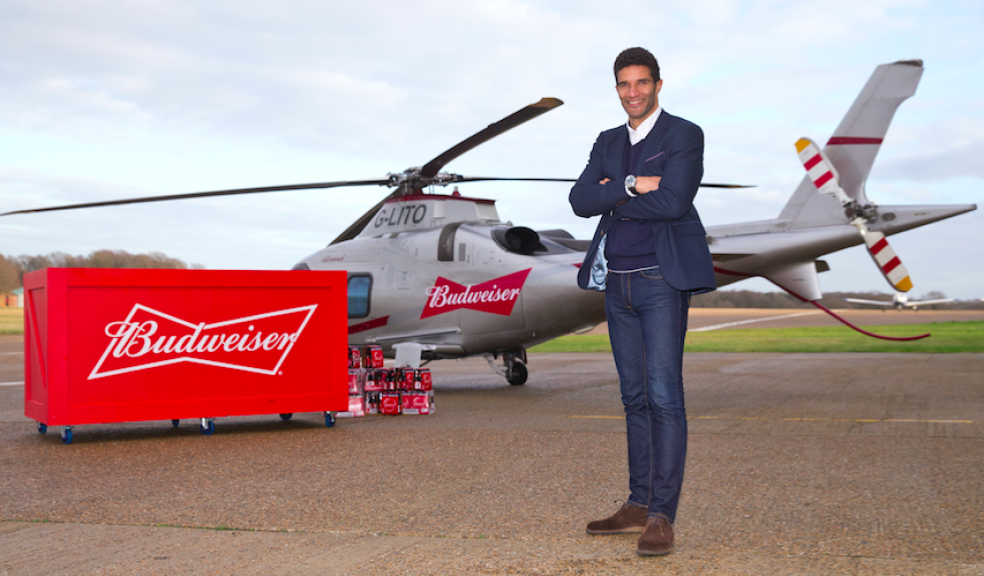 Today, Budweiser’s very first helicopter delivery service – named The Bud Chopper – was set to complete an epic delivery of beer to the supporters of Plymouth Argyle, after their monumental draw against Liverpool F.C. However, due to bad weather, The Bud Chopper was grounded. But alternative air transport was found so the beer will still be delivered!

Budweiser, the Official Beer of The Emirates FA Cup, will also recognise the loyalty and commitment of Plymouth Argyle’s football fans for their 580-mile round trip journey to support their team in the match against Liverpool F.C.

To celebrate Plymouth Argyle’s extraordinary draw, a celebratory load of Budweiser beers will be delivered to Plymouth for the supporters who made the epic journey to support their team in Liverpool on Sunday, as well as those who stayed behind to watch the game. Budweiser has recruited FA Cup winner and legend David James to fly to Plymouth and raise a Bud with the ‘The Green Army’ fans. Supporters returning from Liverpool to the team’s Home Park stadium on Sunday evening will be met with a celebratory 4-pack of Budweiser beer – with more than 10,000 beers available for fans.

Budweiser announced on Thursday 5th that they were setting out to recognise the fans of the team, who, against all odds, had an underdog victory, or put up the biggest fight in their Third Round match. David James and Budweiser’s dedicated team were ready and waiting to take off from London’s Biggin Hill Airport, following the weekend’s action-filled football games. After Plymouth Argyle’s epic draw, The Bud Chopper was due to take to the skies to celebrate this amazing moment and recognise the passion of the fans. However, due to the famously unpredictable Great British weather, The Bud Chopper was unfortunately grounded. However, last-minute alternative air transport has been found to whisk David and the Budweiser beer to Plymouth today.

FA Cup winner, David James, says “The Emirates FA Cup Third Round is one of the most exciting moments of the competition – as anything can happen! And it did this weekend, with Plymouth Argyle doing the incredible and drawing with Liverpool F.C. A real David and Goliath battle. True fans will be there to support their team throughout and this activity is a great celebration of this. Plymouth Argyle, this Bud’s for you!”

Steph Okell, Marketing Manager, Budweiser UK, says “At Budweiser, we’re all about celebrating epic moments of hard work and commitment. We want to recognise Plymouth Argyle’s incredible accomplishment at drawing with Liverpool F.C. in the Third Round, and their fans unwavering dedication is an event to remember. When the underdog puts up an extraordinary fight, this is the beer we’ll drink!”

Lucy Roberts-Hartley, The Emirates FA Cup Senior Brand Managers says: “The Emirates FA Cup competition embodies the idea that anything is possible, with smaller teams being given the opportunity to take on Premier League giants in the Third Round. We are delighted that our partners Budweiser have chosen to recognise Plymouth Argyle’s outstanding achievement in this way. The spirit shown by the team and the dedication of their fans truly epitomises what the Emirates FA Cup is all about.”