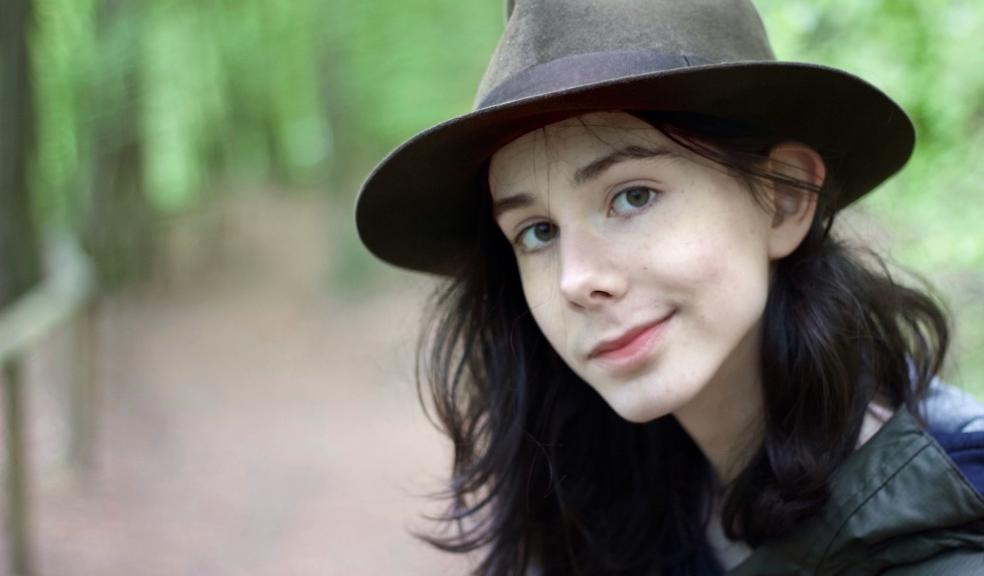 The winners of the Young Walter Scott Prize, a UK-wide historical writing prize for 11-19 year olds, were announced today. The judges have selected a total of ten young writers to honour with an award which challenges young people to write a piece of short fiction set in a time before they were born. This year saw a dramatic increase in the number of entries, following an outpouring of creativity during the lockdown period.

First prize in the 11-15 Years category was awarded to Atlas Weyland Eden (15), from Jacobstowe in Devon for We Wolves, a story set in the Ice Age written from a wolf’s perspective.

The judges said: ‘Atlas Weyland Eden's assured, poetic voice brilliantly inhabits the mind of a wolf as he hunts with his pack, then falls wounded and creeps into a circle of huntsmen around their fire, taking the first step into domestication. We Wolves is an extraordinary achievement from a talented young writer.’

Atlas explained why he was drawn to write about wolves: ‘In a way their darkness appealed to me, but real wolves have the primal darkness of nature and the beauty of a forest at night — something I felt the stories rarely did justice. I read books with wolf characters, but they ended up with human morals and human concerns. I wanted to write a story entirely from a wolf’s perspective, to depict how I imagined a wolf would see the world and to humanise them as little as possible.’

And his thoughts on winning this prestigious prize:

‘When I heard I’d won, it felt like crossing a threshold into a world I had only imagined. Everything after that moment became cast in an enchanted light.’

Taking top prize in the 16-19 Years category is Madeleine Friedlein (16) from Bishop’s Stortford in Hertfordshire with her story Slaying Holofernes, which was inspired by the National Gallery’s exhibition of work by the artist Artemisia Gentileschi.

The judges said: ‘Slaying Holofernes is a stirring and compassionate story from this young writer. Madeleine Friedlein expertly balances the external horror of Artemisia Gentileschi's torture against her inner fury and the iron will which will bring her attacker to justice. A striking and powerful story.’

Madeleine explained her inspiration and draws parallels with modern times: ‘The title is taken from my favourite work of Artemisia Gentileschi, ‘Judith Slaying Holofernes’, completed following her rape by Agostino Tassi. The rage she felt is evident in this painting, so I wanted to capture this in my fictionalised piece on her court-case. Artemisia was not the only woman to have been abused in such a way, nor will she be the last, and recent news supports this. Her perseverance and eventual success despite torture and injustice shows a strength we can learn from.’

And her response to the unexpected call from the YWSP: ‘I was ecstatic. I never expected to win the award and was proud to even make the shortlist. While I was on the phone, my mum and sister were waiting outside the door listening to everything! When I hung up, they congratulated me and I was overjoyed, especially since a story that I loved writing had been recognized."

The two winners receive a £500 travel grant, their stories will be published in this year’s YWSP anthology, and they are invited to a Borders Book Festival event in Melrose, Scotland later in the year, to be presented with their prizes.

Jamie Lunnon from Durham University and Rachel McWhinnie from Newcastle were runners up in the 16-19 Years category, with Holly Thorpe from Wrexham receiving a highly commended award. Theodore Fulford from London was runner up in the 11-15 Years category with further highly commended awards going to Ide Crawford from Macclesfield (a previous YWSP winner), Ted Whitaker from Gloucester and Rayhana Bint-Mumin and Isa Kleinbergen both from London.

Chair of the Judging panel Elizabeth Laird said: ‘The Young Walter Scott Prize’s constituency – writers aged between 11 and 19 – was particularly hard hit by last summer’s lockdown, adapting to home schooling, negotiating the chaos around the exam system, unable to access libraries, and with many of the buildings and settings which have inspired so many of them closed to the public. But instead of the number of entries taking a hit, it more than doubled. What a privilege to read so many outstanding stories, the best of which resulted from rigorous research informing rich imaginations, blended with curiosity and empathy. These winners aren’t just recounting old stories, they’re taking stories from the past and making readers of the present sit up and think. Thanks to all those who entered, and to all those who supported their entries, and huge congratulations to our winners.’

The YWSP has an association with the established Walter Scott Prize for Historical Fiction. Both prizes are sponsored by their founders, the Duke and Duchess of Buccleuch. This year marks the 250th anniversary of Scott’s birth in 1771. Sir Walter Scott was a kinsman of the Dukes of Buccleuch; Henry, 3rd Duke to whom his first major success The Minstrelsy of the Scottish Border was dedicated; Charles, 4th Duke, his close friend, and Walter Francis, the 5th Duke for whom he was guardian and mentor.  The 10th Duke founded the Walter Scott Prize in 2010 to honour the immense contribution Scott made to cultural life worldwide. The YWSP was founded in 2015.