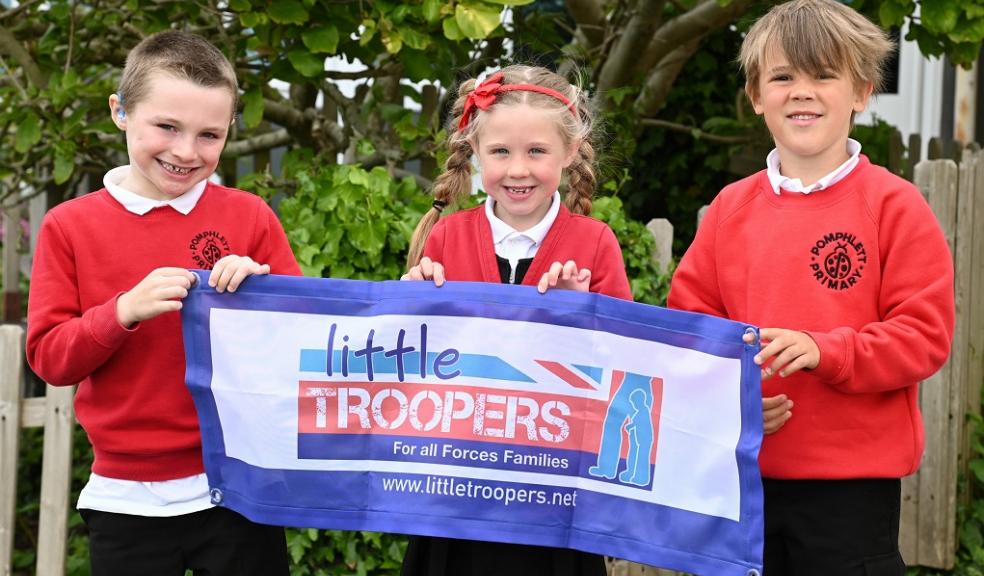 200 military children from nine primary schools across Devon took part in a free virtual workshop run by the charity Little Troopers this week.

As part of a nationwide virtual roadshow being delivered by the charity throughout June, children from Devon who have parents currently serving in the British Armed Forces logged in together to explore some the unique challenges they might experience such as having a parent deployed overseas and regularly having to move home and school.

All of the workshop activities were from the charity’s dedicated Little Troopers at School programme, which was created by education experts to give all schools easily accessible resources to support military children in the classroom.

Helen Burrows, Parent Support Advisor at Pomphlett Primary School in Plymouth, comments: “The children had a fantastic morning with well thought out activities and great resources. The presenters were excellent, very engaging and fun. The children definitely benefited from coming together as a unique group of children.”

The children took part in storytelling, imaginative play, movement and drama and were shown tools that could help them navigate some of the challenges they might face as military children, either now or in the future. The workshops were funded by the Armed Forces Covenant Fund and offered schools a snapshot of some of the resources available in the Little Troopers Primary School Resource Pack and Military Child Wellbeing Course.

Louise Fetigan, founder and operations manager at Little Troopers, comments: “There are tens of thousands of military children across the UK and the support they receive in school is very varied depending on where they live in the country and what school they go to. Our aim with the Little Troopers at School programme is to make it really easy for schools to have targeted resources they can use with their military children – whether that’s one or two military children or two hundred. We want to make sure that wherever children live and however many schools they go to, they can access support if they need it and that all schools have a good understanding of the unique challenges that military life can bring.

“We had originally planned to run a physical roadshow last summer, but as with many things, the pandemic changed our plans. It’s actually turned out for the best as our virtual workshops have enabled us to reach far more military children than we could have seen in person and we hope that the children who have taken part will really benefit from the session, as well as having had lots of fun!”

2021 marks ten years since Armed Forces veteran, Louise Fetigan, registered a charity to support children with parents serving in the British Armed Forces. As well as the charity’s school programme, Little Troopers also has a number of free resources that parents can use to support children at home including the Little Troopers Treasures story recording app for military parents to record themselves reading stories for their children to watch while they are away. For more information visit www.littletroopers.net