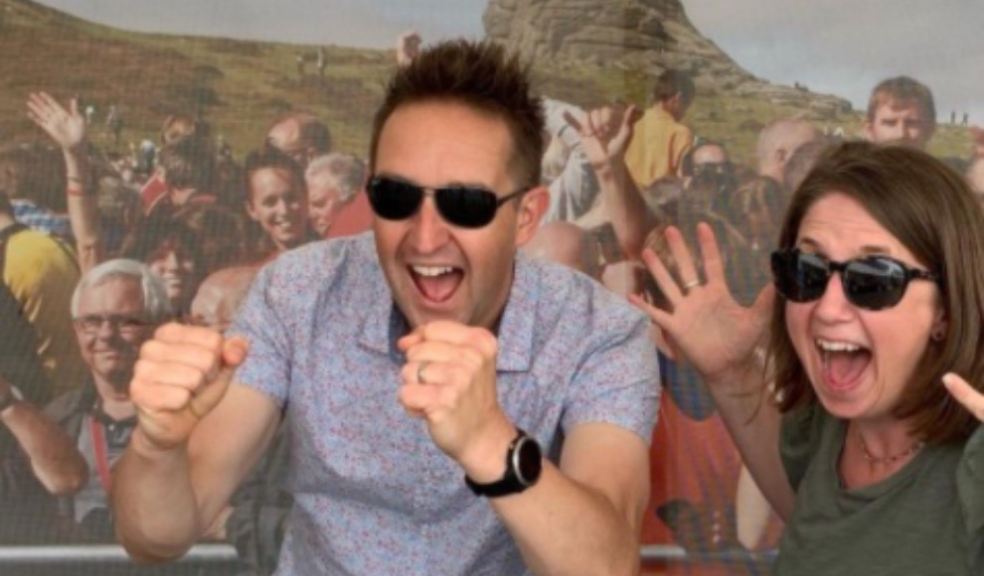 Four lucky cycling fans have won VIP tickets to see the finish of the AJ Bell Tour of Britain Devon Stage in Exeter on Monday (6 September) – thanks to Devon County Council.

The Council has announced the winners of two pairs of Tour hospitality tickets that were up for grabs through its selfie photo competition and a competition through its new @devontob Instagram account.

Helen Boehm and her husband Haydn, from East Devon, won the selfie competition which was run at the County Council’s stand at this year’s Devon County Show.

They’ll be among those who will get to see some of the world’s top cyclists in action in Devon – including Mark Cavendish and Wout Van Aert.

Helen, a secondary school science technician, was at the County Show last month to celebrate her birthday.

She said: “We follow all of the different races on TV -  the Tour de France, the Vuelta a Espana, and my husband’s a keen cyclist, so when we saw the stand at the County Show we made a point of taking a selfie in front of the backdrop because it was such a great prize. But of course I never thought we’d win.

“It was a real shock to be told I’d won and I still can’t believe that we’re going to be there. Being at the finish line of The Tour of Britain is going to be amazing, we’re really excited about it. We thought we might watch the race from the side of the road somewhere but hadn’t really thought about where, so to get the VIP hospitality tickets is something really special.”

Keen cyclist and Tour of Britain fan Roger Saunders won the @devontob Instagram competition, and will be taking his friend Jim Conway to the event.

East Devon resident Roger, who cycled John O’Groats to Lands End earlier this year, said: “It’s been a real cycling year, even more so than normal for me, and winning these VIP tickets is the icing on the cake. I normally have to take a day off of work to watch the Tour but I won’t need to this time as I’ve retired recently.

“We would normally see the start and then go somewhere along the route to see a climb or go to the finish, but to watch from the VIP area is going to be great. There’s always a nice atmosphere that surrounds the Tour. A few years ago at the start in Sidmouth I managed to spend a few minutes talking to Dave Brailsford, who is an inspiration after everything he has done for British Cycling, and he signed a Tour de France hat of mine!”

Councillor Stuart Hughes, Devon County Council Cabinet Member with responsibility for cycling, said: “It’s fantastic to hear that the competition winners are really looking forward to being at the finish of the Devon Stage. The VIP tickets are a great prize and we had plenty of entries at both the County Show and on Instagram. Well done to our winners and I hope they enjoy a memorable day.”

Devon will host Stage Two of this year’s Tour. The Devon Stage on Monday (6 September) will cover 115 miles from Sherford, in the South Hams, to Queen Street in Exeter.