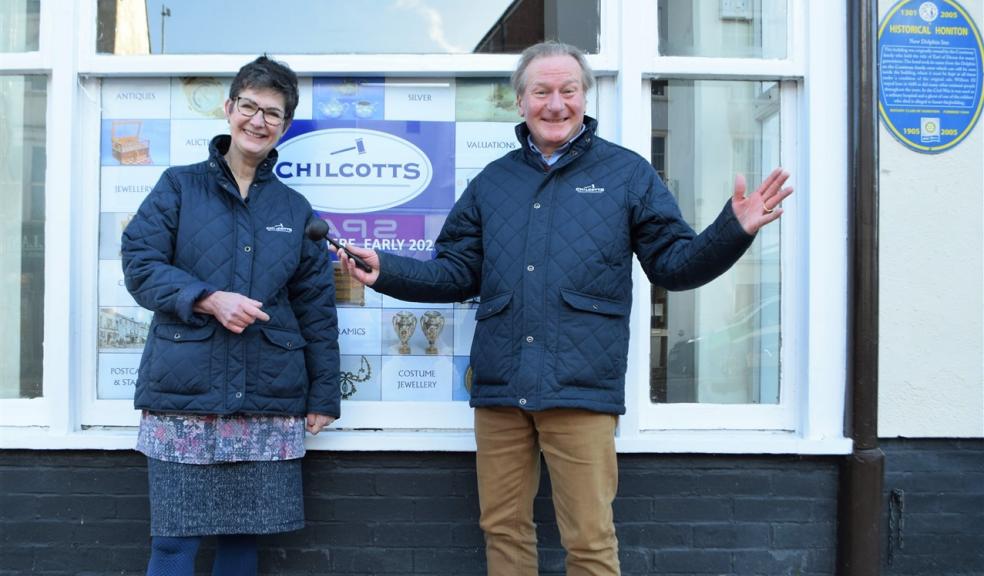 After eleven years in Silver Street, Honiton, Chilcott Auctioneers are set to move – but they’re not going far!

The new salerooms are located on the town’s High Street, just a stone’s throw away.

Although the move is a necessity as the current location is due to be redeveloped, Liz Chilcott says the time was right anyway. “To be honest, we’ve outgrown the saleroom in more ways than one and we see this as the perfect opportunity to take the business to the next level,” she explains.

“We’d walked past the empty building so many times and it seemed the perfect fit with plenty of space and huge amounts of heritage. Plus, Chilcotts is very much part of the Honiton community and rather than move away – which we did consider – we wanted to remain firmly part of the town.”

There’s a new name for the Grade II listed building, which is being rechristened The Dolphin Salerooms, an allusion to its previous incarnation as the Dolphin Hotel. In fact, the building has enjoyed a variety of identities in its long, rich history. Most recently called Montgomery’s Hotel, locals also fondly remember when it was home to Bill’s Bar.

But the story goes back much further, originating in Medieval times when this was the manor house of the Courtenay family before they moved to Powderham Castle. During the Civil War it was used both as HQ for military operations and as a hospital for wounded soldiers. “We’ve been told that a ghost remains from this particular period, haunting the upper rooms although we haven’t seen it – yet!” says Liz.

Another manifestation as a coaching hotel attracted many a significant personage including William of Orange and the young Princess Victoria who stopped there whilst her carriage horses were changed. With a nod to this legacy the salerooms will be named Courtenay Room, Victoria Room and Orange Room.

Liz added: “This rich history chimes with our business, as everyone at Chilcotts has a real love of the past. It suits us perfectly.”

As well as ensuring the auction business continues to grow and develop, Liz and husband Duncan are committed to protecting the fabric of the building so that it remains for many more years to come. The move will have a positive impact on the town too, not just because the building will be once again a living, breathing premises once more, but because visitors coming for valuations, viewings and to attend sales will be attracted to the High Street to browse the shops and eateries.

The final sale at Silver Street is likely to be in late January with Chilcotts holding the first auction at the new Dolphin Salerooms in early March.