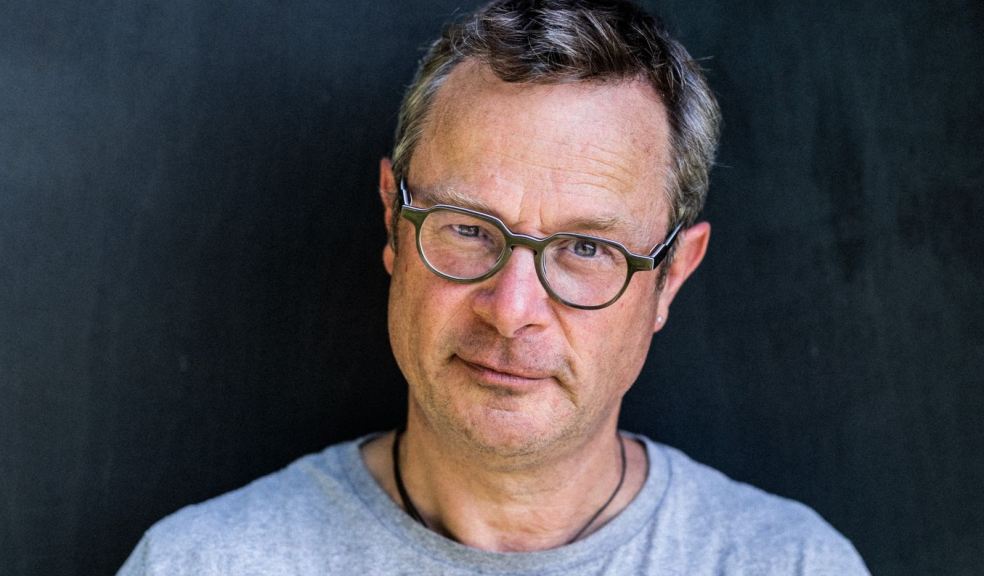 Momentum is building for a three-day literary event in Exeter later this year after a hiatus because of the pandemic. Last year’s Exeter Literary Festival sadly had to be shelved, but now ExeLitFest (as it’s known for short) is delighted to unveil this year’s programme and open the Box Office.

If you love reading or writing, it’s time to bookmark these dates in your diary - 5th to 7th November - because that's when the Festival is returning to town, bigger and better than ever. A veritable smorgasbord for lovers of all things literary!

ExeLit Fest is an inclusive event for readers and writers. Throughout the long weekend, two streams will be running simultaneously. Events of more interest to readers will take place at Exeter Library and those of appeal to writers, including workshops, will take place at the Custom House on Exeter Quay. The Festival has the backing of Exeter City of Literature and aims to celebrate words in all their forms through professionally organised and widely accessible literary events.

The official opening event is A Greener Future? at the RAMM on October 9th with Hugh Fearnley-Whittingstall, Jonathon Porritt, Lucy Siegle, Natalie Fee and Professor Peter Cox. Chaired by Martin Wright of Positive News, it promises to be a lively afternoon of insight, discussion and debate among the UK’s leading green writers and thinkers, ahead of the crucial global climate summit in Glasgow.

The first event of the festival weekend takes place at Exeter Library on Friday, November 5th. Best-selling local author and blogger Sarah Turner, aka The Unmumsy Mum, will be in conversation with Westcountry author and father-of-four Simon Kettlewell, whose latest novel Eternity Leave, written from a stay-at-home dad’s point of view, was published in February.

Well-known names include Ann Cleeves, award-winning creator of the Shetland and Vera series; Mick Herron, whose novel Slow Horses was picked by the Daily Telegraph as one of the best twenty spy novels of all time and is being made into a TV series starring Gary Oldman, Kristin Scott Thomas and Jonathan Pryce; historical fiction writers Karen Maitland (The Drowned City) and Jane Johnson (The Salt Road) and local historians Todd Gray and John Allan, discussing the best books on Exeter’s colourful history. The lineup also includes Exeter resident and community volunteer Khaled Wakkaa, who will share his heart-rending story of what it means to be a refugee: harpist and local author, Hazel Prior, whose wonderful latest novel Away with the Penguins is a Richard and Judy Book Club pick for 2021; and BBC Correspondent Mike Thomson talking about the Secret Library in Syria.

Programme Director Cathie Hartigan, a successful author who lives in Exeter, says, “This year’s line-up is shaping up to be something rather special. The themes include Families, Feelgood Fiction, History, Crime & Thrillers (including Scandi Crime) and Displaced People.

“We anticipate there’ll be high demand for our special event marking the 20th anniversary of the first Lord of the Rings film and for our Crime & Thriller events with a stellar line-up. Our Friday evening highlight offers a glimpse ‘Behind the Scenes at The Antiques Roadshow’ with forty-year stalwart Paul Atterbury. Police Officer, writer, comedian and Radio 4 broadcaster Alfie Moore will be delivering the laughs with ‘Fair Cop Unleashed’ on Saturday. Our Festival Finale early on Sunday evening features four poets who are back by popular demand.”

Wrap-around events include the Festival’s Short Story Competition, which is now being judged. The winners will be announced in October. As in previous years, a range of partner events will be held in the run-up to the main festival and a launch event is planned for October.

The organising committee is seeking volunteers to help in the weeks leading up to the festival and during the weekend itself, specifically 2-3 stewards for each event, plus helpers in the Green Rooms. It's a relatively easy role, and you get to see the event for free.

All tickets will be sold online. The Box Office opens to the general public at 9 am on Thursday 16th September. To see the programme, book tickets or volunteer, go to www.exelitfest.com