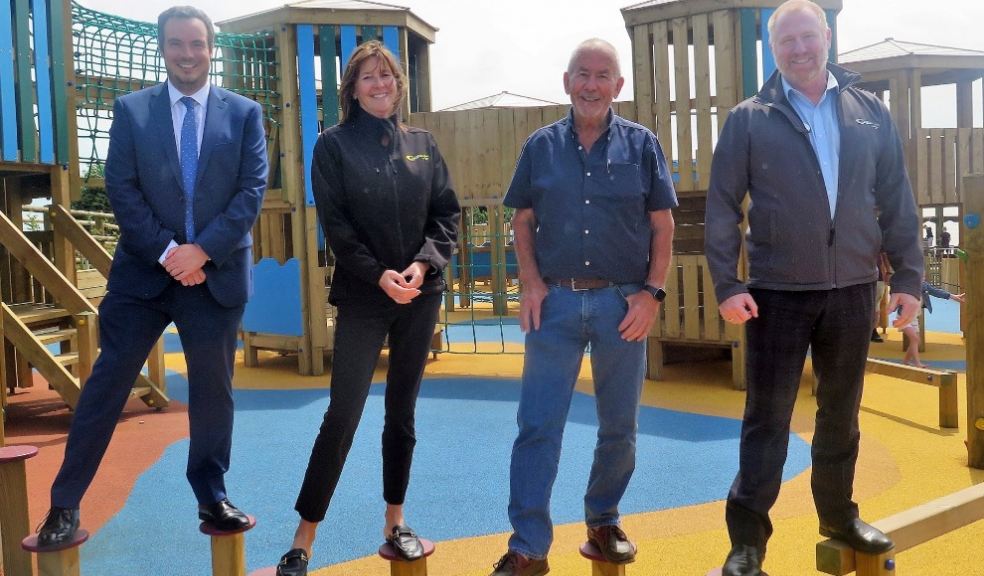 Britain's recovery from the pandemic will still be providing a shot in the arm for East Devon businesses until well into next year, a county holiday park has told its MP.

Ladram Bay Holiday Park said that autumn bookings were at their highest levels ever – and that a record number of families have already made their reservations for 2022.

Simon Jupp MP heard the positive outlook this month when he paid a special visit to the Budleigh Salterton park and met up with some of its family owners.

The Carters have operated the park for over 75 years, transforming it from small seaside campsite to a major multi-facility holiday centre and a winner of many quality awards.

Mr Jupp met up with siblings Robin Carter and Zoe House, and was given a tour of Ladram Bay to catch up on the latest developments since his last visit.

They include a new children's playground which joins a host of other attractions being enjoyed by guests this summer – but, said Zoe, the fun will go on way beyond the school holidays:

"There's little doubt that Ladram Bay will still have a high-season vibe this autumn, thanks to the record volume of bookings we have received," she said.

"Mr Jupp agreed that this would be very welcome news for many local businesses which rely heavily on tourism spending, but which have been hard hit over the past lockdowns.

"The prospects for next year are also excellent, and many people are making early reservations to ensure they secure the dates and type of accommodation they want.

"I think it's certainly the case that many families new to staycations are loving the experience, so there's every chance that this could be a long-term trend," added Zoe.

Top quality standards, Zoe told the MP, remain her family's goal together with helping to protect the natural environment for which the park has received a number of awards.

Ladram Bay has its own private beach and a host of activities, attractions, and entertainment – plus  holiday caravans and lodges to rent or own, glamping pods, and pitches for touring guests.

"It was great that he was able to take time out and see for himself how we've been investing in our future, and to meet members of our hard-working team” said Zoe.

There is more information about the park at www.ladrambay.co.uk