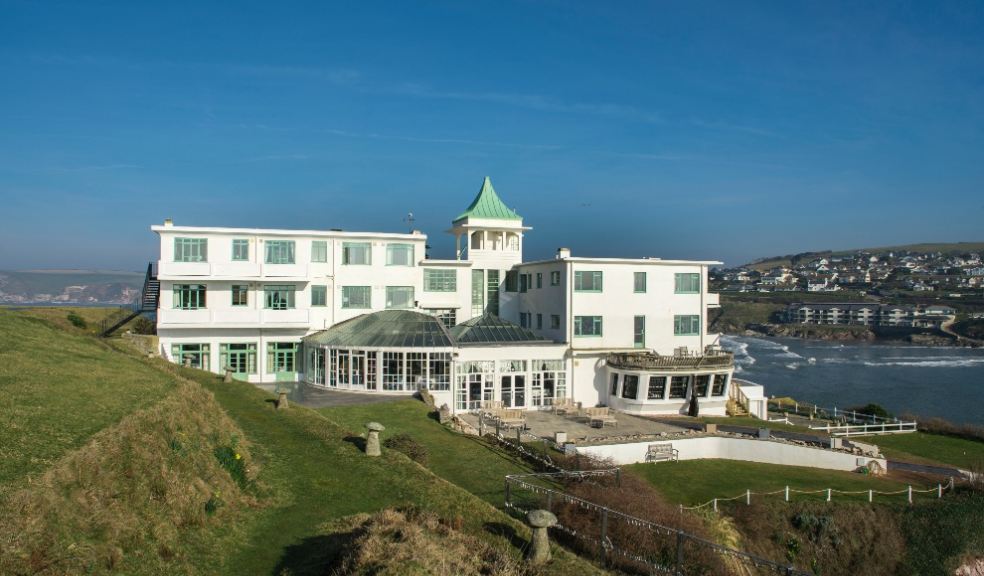 Burgh Island Estate has announced development plans which will increase the number of guest rooms at the iconic Burgh Island Hotel by 50%, as well as improving staff accommodation and renovating the historic Pilchard Inn pub, which also forms part of the estate on the private island off the Devon coastline.

Expansion plans are supported by the robust demand which the hotel has experienced in 2021, despite the lingering effects of the pandemic. Occupancy did not dip below 97% throughout June-August of this year and, with the hotel all but booked up until 2022, its average daily rate (ADR) will remain strong through the winter months. Overall, therefore, the hotel is well positioned to embark on the next stage of its development.

This development will be undertaken in partnership with Jonathan Rhind Architects and Avalon Planning & Heritage. Both based in Devon, these businesses were chosen by the hotel on the basis of their understanding of the local area and their commitment to preserving the heritage of Burgh Island, as well as their expertise.

Respect for the storied history of Burgh Island runs through this latest development of the hotel, which was first built in 1929 in the timeless art deco style that is still popular today. This signature design has enabled the hotel to remain popular throughout the decades, with famous figures from Agatha Christie to the Beatles among its celebrated guests.

True to this rich heritage, proposals for the new development have prioritised respect for the island’s unique setting, steeped as it is in the extravagance and intrigue of a bygone era. Burgh Island will therefore retain its status as a time capsule, preserving the glamour of Roaring ‘20s for present day guests.

Sustainability has been another key consideration within the new plans, with the development recognised as an opportunity to enhance the relationship between the hotel and its iconic natural environs. All new construction work will adopt a “fabric-first approach”, which uses building materials with energy efficiency credentials above regulatory standards. The new staff accommodation, for instance, will consist of timber-frame low-energy housing set behind dry stone earth shelter walls.

Moreover, the existing building on the island will also undergo sustainability-focused improvements as part of the development, including the installation of run-around coil heat exchangers which will maintain a comfortable climate in the hotel’s dining areas using surplus heat generated in the kitchen. In addition, the traditional oil heating system will be future proofed to increase options for further energy efficient modification.

As well as reducing its environmental impact, the development will also enable the hotel to enhance the experience it provides to both staff and guests. Staff will benefit from newly built, comfortable accommodation, while visitors will be able to enjoy an extended Bay View Restaurant, a restored tea shop, and improved walking routes around the island.

A key part of enhancing the guest experience has been improving the island’s accessibility for casual day visitors, with the aim of further strengthening the bonds between Burgh Island and the neighbouring communities on the mainland. As part of the commitment by the hotel to ensuring views of local residents are included within the planning,  a public consultation was held on the development on Thursday 23 September.

Giles Fuchs, Owner of Burgh Island Hotel, said: “Everyone at Burgh Island is extremely excited about this development, which will only serve to further enhance the estate’s unique heritage and expand its offer for guests. We very much look forward to welcoming members of our community to the consultation, and eventually to bringing the first visitors to the newly developed site.”

Penny Brown, Managing Director of Inntelligence, said: “This development is the latest and most exciting chapter in the history of Burgh Island’s evolution. The increase in capacity has been carefully devised so that it blends gently into the existing construction, maintaining the intimacy and magic of the guest experience. We will continue to remain faithful to the art deco origins and I am sure that the planned changes will further cement the hotel’s position as one of the most unique and iconic in the UK.”