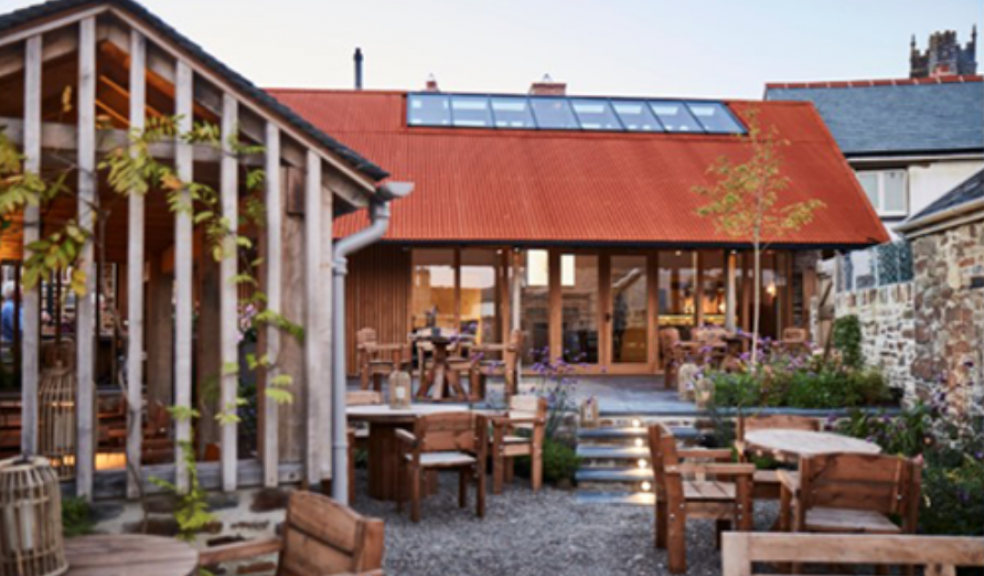 The Farmers Arms in Woolfardisworthy, Devon is one of two pubs that has won the 'Refurbishment Award' in CAMRA’s prestigious Pub Design Awards.

The award, held in conjunction with Historic England, celebrate exceptional pubs across the country that have undergone conversion or conservation work, or are newly built. It shares the Refurbishment Award category with the Peterborough Arms in Dauntsey Lock, Wiltshire.

Having served as a public house in the heart of North Devon for much of the building’s 300-year life, new owners of the Farmers Arms have restored the pub its former glory, retaining its unique character.

Initial archaeological assessments of The Farmers Arms suggested that it had served as a public house for most of the last three centuries. While many pubs around the country are being converted into housing, new owners Michael and Xochi Birch’s vision was to see it restored to a working pub, conserving the use it was originally designed for and retaining its unique character as a historic building. The historic layout was retained in refurbishment and restored in areas where the team removed modern additions. They also re-established the original entrances, with one being only five foot high.

Andrew Davison, chair of CAMRA’s Pub Design Award judging panel, said: “After purchasing this Grade II listed building, owners Michael and Xochi Birch commissioned Jonathan Rhind Architects to repair and update the near-derelict pub, a very simple vernacular building, without grand fixtures or fittings. They saw that its value lies in its historic fabric, its traditional materials, and its contribution to the streetscape.

“The architects’ approach was to retain as much historic fabric as possible, maintain the historic layout of the building, and ensure that any additions were sympathetic in design and materials. The project included almost complete reconstruction of the roof and its re-covering in locally grown wheat straw thatch, much repair and replacement of timber and cob, and demolition of an unsightly 1980s extension and its replacement by a simple contemporary structure, including a ‘corrugated iron’ roof as used on so many local farm buildings. The result is a pub which is once again at the centre of village life.”

In line with current social distancing measures, the pubs will be recognised at an event hosted in CAMRA’s new virtual pub, the Red (On)Lion by judges at 7pm on 7th May. To join the event and congratulate the pub owners and designers, simply visit https://theredonlion.co.uk/bar/join/Pub-Design-Awards to book a place (limited to first 50 participants).

Locals can digitally ‘visit’ the pubs by browsing the CAMRA library of the winners, available to view on Dropbox.

These awards are celebrated as CAMRA is underway with its #PullingTogether campaign, highlighting the initiatives pubs and breweries are using to keep themselves afloat during the coronavirus lockdown. Learn more at camra.org.uk/pullingtogether