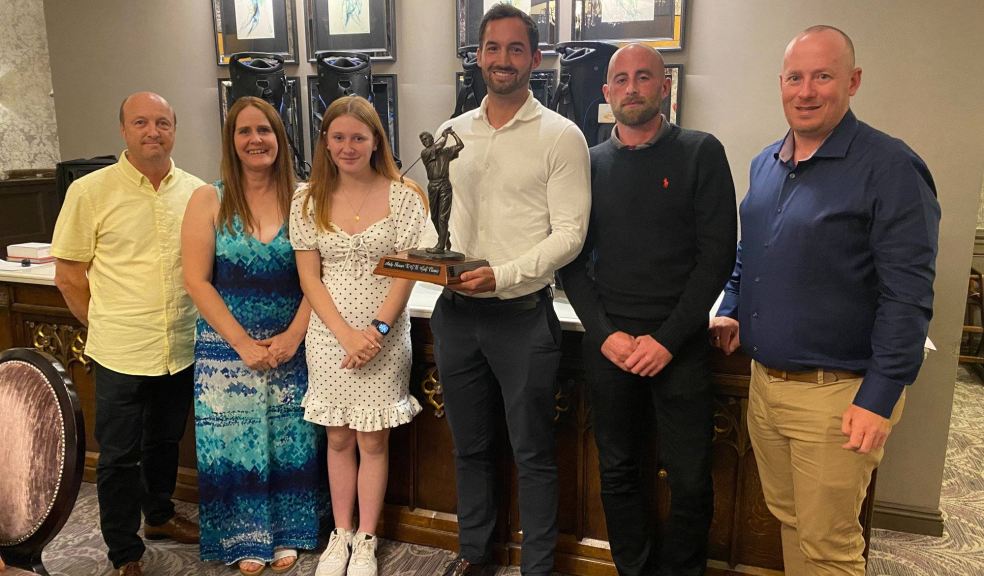 RGB Building Supplies’ was delighted to bring back its annual charity golf day on Wednesday 29th September after having to cancel the event last year. Held at Bovey Castle, this was the builders merchant’s tenth golf event and raised a fantastic £2,470 for RGB’s chosen charities Cornwall Mind, Devon Mind and Mind in Somerset. The tournament was won by a team representing RGB’s Exmouth branch.

The day saw 18 teams made up of suppliers, customers and staff take part in the four-ball competition, with the Exmouth team taking home the Andy Shinner Memorial Trophy, which was presented by Andy’s wife Karen and daughter Nicola. Andy was a much-loved branch manager at RGB’s Paignton branch who sadly passed away in 2013. The trophy has been presented to the winning team in his honour ever since.

Following the golf, players enjoyed a sit-down meal and were entertained by former professional snooker player John Parrott who relayed stories of his times on the snooker circuit.

“It was fantastic to be able to bring back our charity golf event this year, after having our tenth anniversary event postponed last year. We were delighted to welcome Karen and Nicola to the event to present the trophy, and congratulations to the Exmouth team. A big thank you to everyone who attended and helped us raise a great amount of money for our local Mind charities, which do so much to support people in our region.”

As local charities affiliated with the national Mind association, Cornwall Mind, Devon Mind and Mind in Somerset provide a range of well-being services for people who experience mental health problems, as well as advice, information, support groups and a dedicated youth service.