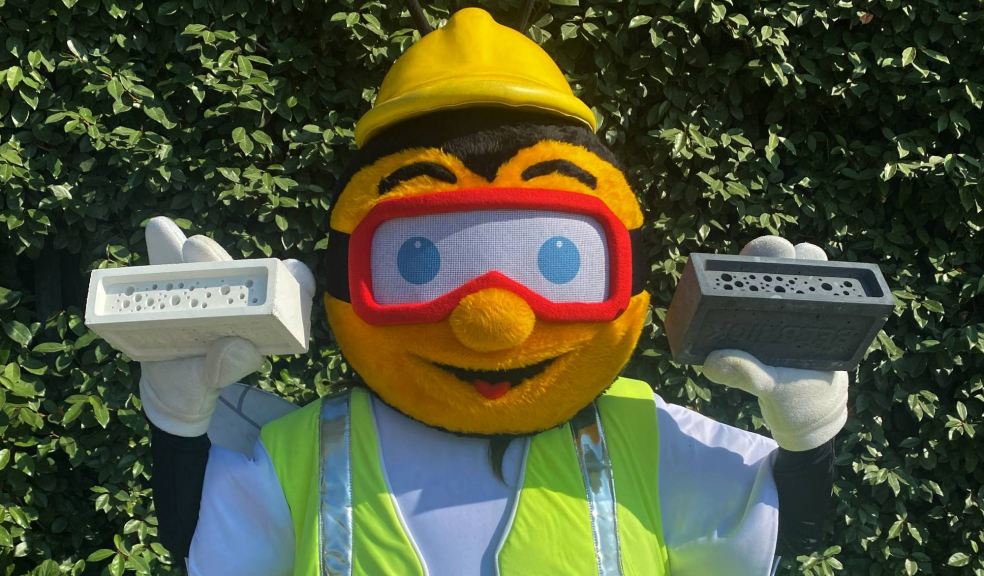 Businesses, schools and community groups from across Devon  have been nominated by their local community to be given a bee brick from RGB Building Supplies so they can encourage solitary bees to outdoor areas.

For every sale over £150 during Solitary Bee Week, which took place between Monday 28th June and Sunday 4th July, RGB donated money to purchase bee bricks from Cornwall-based company Green&Blue. The builders merchant was able to buy 80 bricks, which will provide environments for bees to nest, and invited people to nominate schools, businesses, charities and community groups to receive one of the special bee houses.

Solitary bees don’t live in colonies and, as they have no honey or queen to protect, they aren’t aggressive and don’t sting. They make up 90% of the bee population and are essential for the ecosystem as they pollinate plants and crops ensuring they are healthy and productive. However, due to a loss of natural habitat, they are in decline.

“Thanks to everyone who made a purchase during Solitary Bee Week and helped us to buy bricks that we could donate to the local community. Solitary bees are so important to the ecosystem and we hope all the schools and groups who have received the special bricks enjoy watching the bees coming and going from their new habitat.”

Having been nominated to receive a bee brick from RGB, the below will be able to create a solitary bee house in their outdoor spaces: