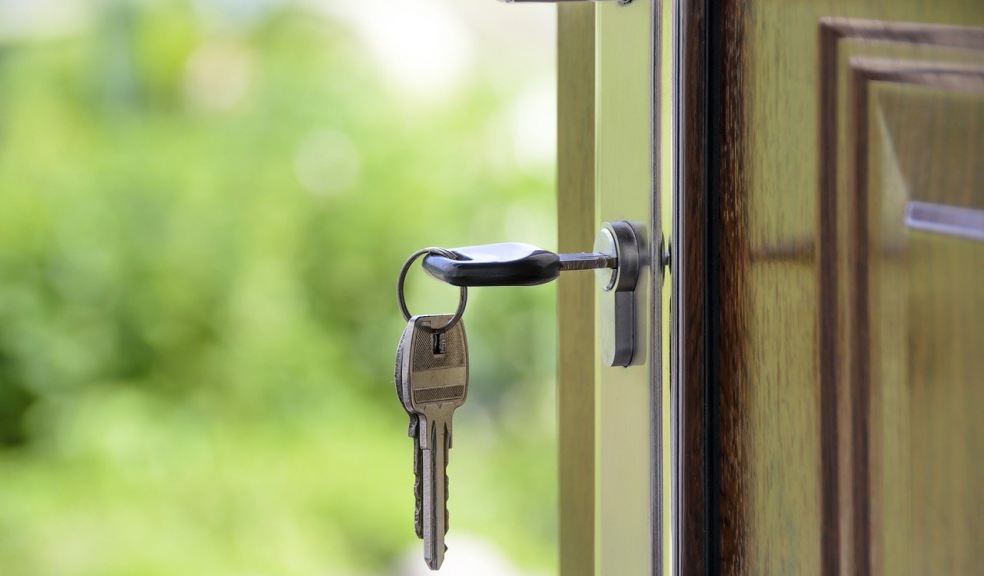 South Hams saw a 50% decrease in house sales enquiries this year, the biggest yearly change in Devon (Jan-May 2020 vs Jan-May 2021). Meanwhile, West Devon has the least satisfied homeowners, as the location has seen the largest 3.5 year increase in homeowners looking to sell their home, as seen below:

Why are people in Devon selling?

But what about the UK overall?

Renfrewshire, Scotland and Mid and East Antrim, Northern Ireland. Both of these counties have seen a 500% increase, with Monmouthshire, Wales seeing the third biggest increase in house sale enquiries with 111%.

Enquiries have more than doubled in the area, with 225% more residents making sales enquiries since 2018. The City of Edinburgh saw the second biggest increase, with a 115% increase of homeowners considering a quick sell. Herefordshire takes third position with enquiries up by 83%.

Regarding areas experiencing a decrease in homeowners wanting to sell, Clackmannanshire (Scotland), Newry, Mourne & Down (N.Ireland) and Angus (Scotland) all saw the biggest decrease in enquiries since 2020.

Northern Ireland’s district county of Newry, Mourne and Down in Northern Ireland has also seen the most marked decrease in the last four years, where enquiries have dwindled by 89%. Similarly, those in

Causeway Coast and Glens in Scotland have no plans of moving, as enquiries have dropped by 85%. Lisburn and Castlereagh saw a 75% decrease too. Overall, 8 of the top 10 regions with the biggest decreases since 2018 are in Northern Ireland. 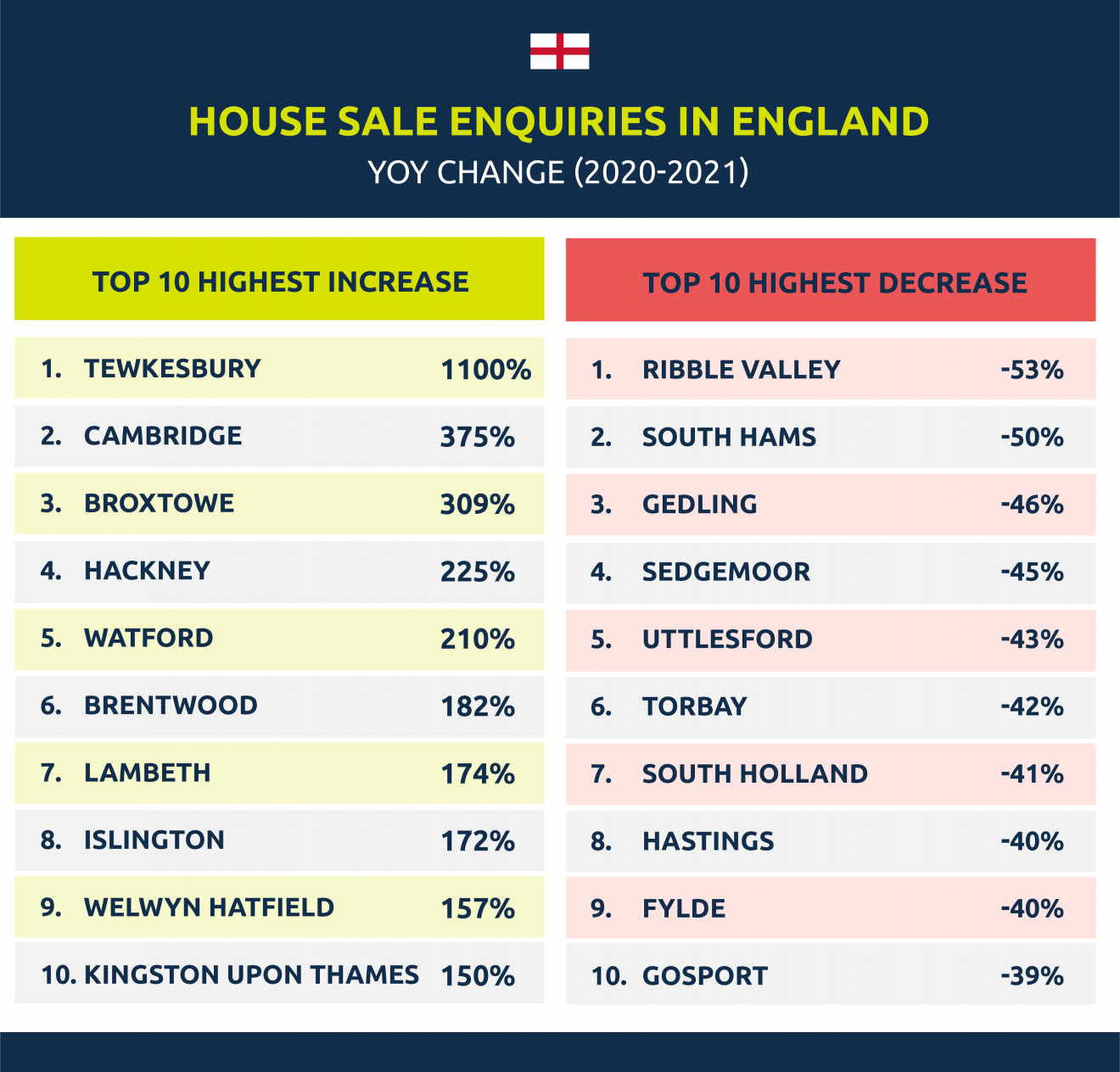 Why are people selling?

Overall, the top reason homeowners cited when making an enquiry was due to a desire to upsize to a larger home (18% of enquiries). The second most likely reason was the sale of a second home (16%) which suggests Brits have had to focus on cutting back on unnecessary costs. The third most popular factor was retirement, accounting for 9% of enquiries.

Of the four UK nations, Northern Ireland had the highest proportion of enquiries since 2018 registered due to divorce or break-up with a shocking 22.2%. Within England alone, 1 in every 20 homeowners sought out to sell their home due to the end of a relationship, with 6% of those submitting a sale enquiry to We Buy Any Home. The East of England has been the worst affected region within England, with 8% of homeowners enquiring due to the dissolution of a relationship. Greater London had the least break-up fueled house sale enquiries in England and the UK overall, with 3.5% of total enquiries. 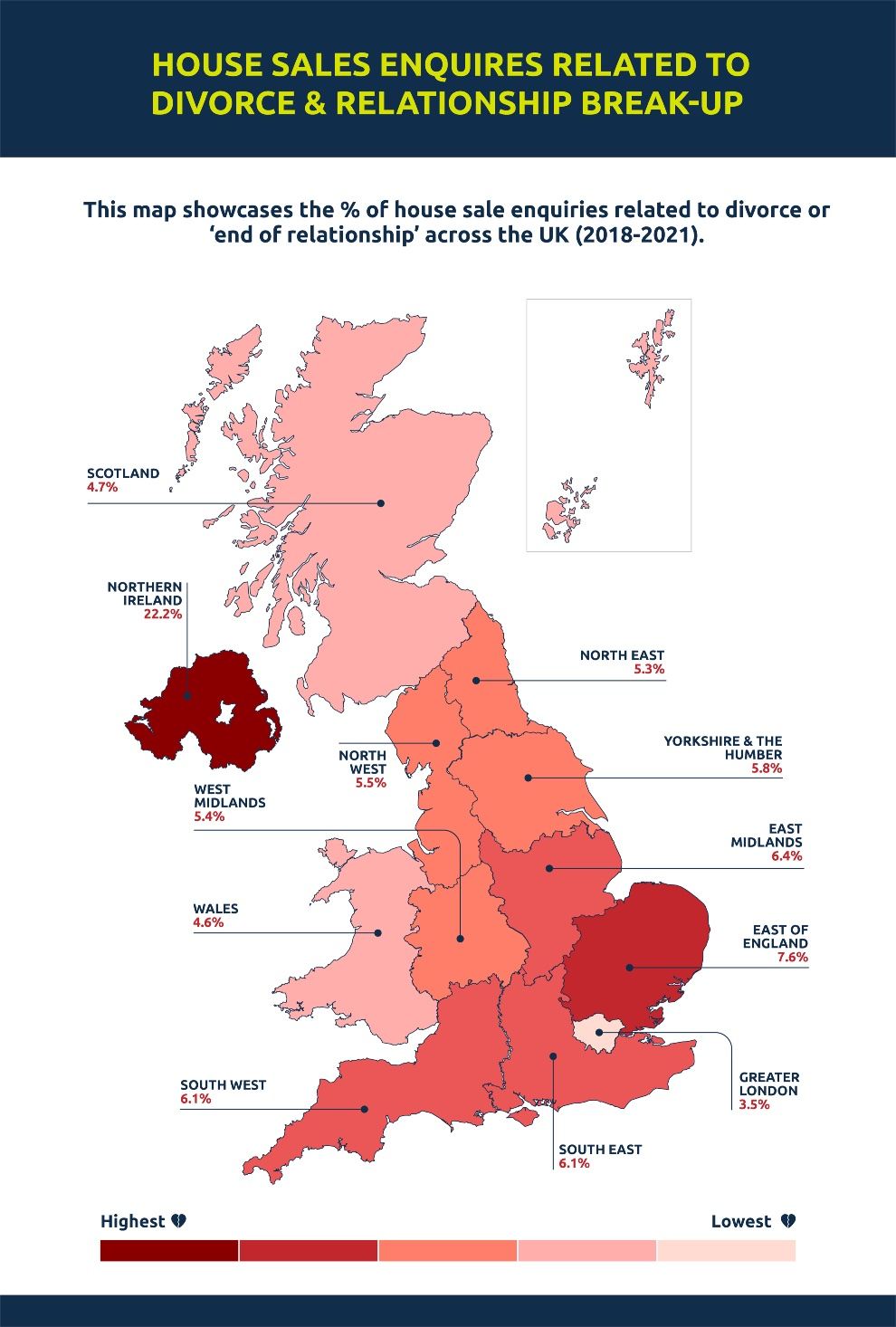