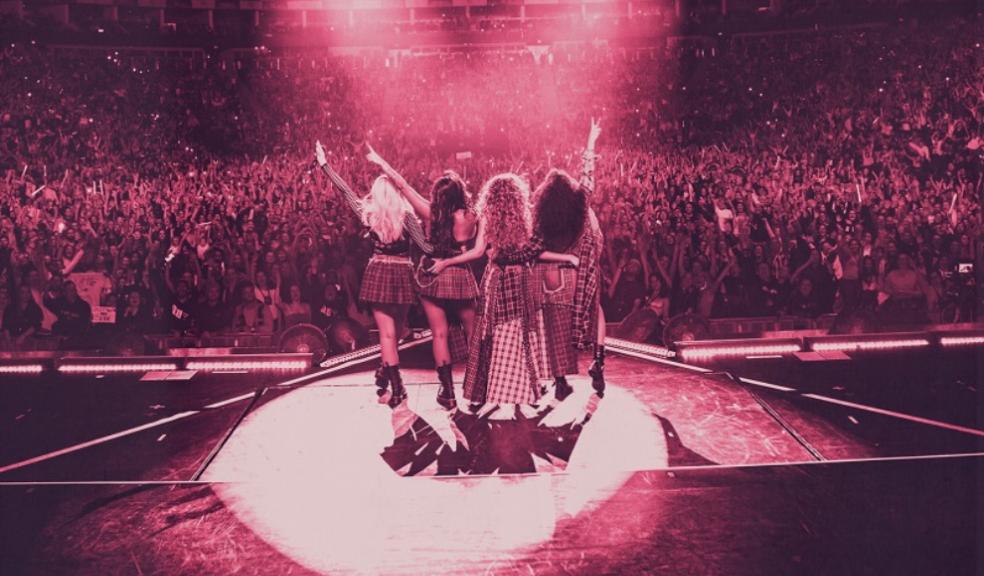 FANS who missed out on Little Mix’s sold-out London O2 Arena shows will get an opportunity to see their idols on the big screen at Vue Plymouth this November.

After embarking on a European tour spanning 40 arenas – with 400,000 tickets sold, including a staggering five sold-out shows at London’s O2 Arena – the super-group have made their latest show available to fans up and down the country in Little Mix: LM5 – The Tour Film.

Tickets are now on sale for screenings on Saturday 21 November and Sunday 22 November as customers at Vue Plymouth get an unforgettable chance to watch and listen as the girls perform a concert that truly celebrates female empowerment.

Eduardo Leal, Head of Screen Content at Vue Entertainment, said: “Being able to bring shows such as this to the big screen in Plymouth is always a pleasure. With major arena shows on pause right now, we’re delighted to be able to provide them another way of seeing some of their favourite shows and most beloved artists in the best picture and audio quality in big screen entertainment.

“We are very much open for business and look forward to welcoming customers who want to take the opportunity to escape, switch off and be inspired in-front of the big screen over the weeks and months to come.”

Not only can customers at Vue escape to luxury in the ultimate seat, screen and sound, but they can do so in the safest possible way, thanks to the range of measures introduced to keep staff and customers safe. These include a booking system with in-built physical distancing, reduced touch points, hand sanitiser throughout the site, and staggered film start and end times to avoid crowding.

Tickets are available now at myvue.com. For more information on the safety measures being implemented, customers can visithttps://www.myvue.com/news-competitions/stay-safe