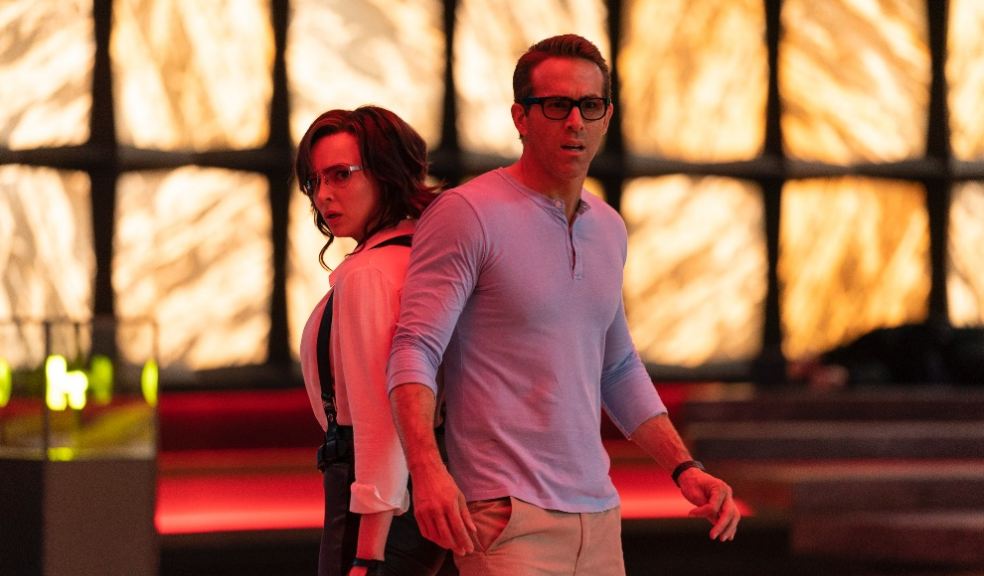 FAMILY-FRIENDLY big screen content continues in full force at Vue Plymouth this month, with plenty of escapes for everyone available before schools go back.

Ryan Reynolds returns to the big screen in the long-awaited blockbuster, Free Guy, in which ordinary bank worker Guy is faced with the reality that he’s nothing more than a non-playable character within the large, bloody video game world of Free City. Alongside characters played by Jodie Comer, Taika Waititi and Joe Keery, Guy must become the hero the game deserves as an evil programmer in the real world threatens to pull the plug.

More action-packed adventure is also coming to the silver screen in Snake Eyes: G.I. Joe Origins. From Wednesday 18 August, filmgoers can get lost in the origin story of tenacious loner and iconic G.I. Joe character, Snake Eyes, who is welcomed into the ancient Japanese clan, Arasikage, after saving the life of their heir apparent.

For those who prefer superheroes from the Marvel Cinematic Universe, Marvel’s latest release, Shang Chi: The Legend of the 10 Rings, screens from Friday 3 September with tickets available to buy now. Fans and those new to the franchise can enjoy the story of Shang Chi as he is drawn into clandestine Ten Rings organisation and he is forced to confront the past he left behind.

A collection of firm family favourite films will be also be screening, including mini-movies based on the books of bestselling children’s author Julia Donaldson and illustrator Axel Scheffler. Out now, children can look forward to the beautiful tale of an unlikely friendship, a tour of the world and a heroic rescue in The Snail and the Whale, as well as the return of everyone’s favourite accident-prone dragon in Zog and the Flying Doctors.

And for those who want to escape to the bright lights of Broadway, Barbie’s all-new musical movie, Barbie: Big City, Big Dreams, will also be arriving on the big screen. Swapping the sunny shores of Malibu for the glitz of New York City, Barbie meets…Barbie! Screening from Friday 20 August, the two quickly become friends and discover competition isn’t about winning as they compete for a once-in-a-lifetime Spotlight Solo in Times Square.

James Ashcroft, General Manager at Vue Plymouth, said: “There’s a raft of content for the whole family to enjoy on the big screen over the coming weeks – meaning there’s still plenty of time for everyone to escape to great stories at Vue.

“From blockbusters to musical films and cinematic short stories, there’s something showing for all ages and interests. It’s all showing in the best seat, sound and picture quality, so we can’t wait to welcome filmgoers along to switch off before schools reopen again.”