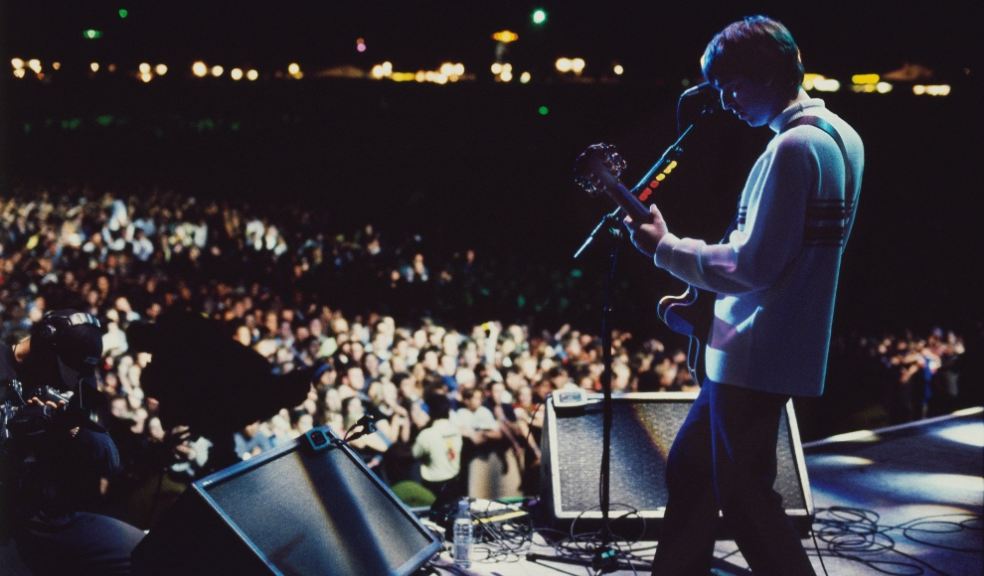 THIS September, one of Britain’s most infamous and iconic Rock and Roll bands retakes centre stage, as Oasis Knebworth 1996 arrives at Vue.

On Thursday 23 September and Friday 24 September only, fans new and old can watch the long-awaited documentary covering what is often regarded as the pinnacle of Oasis’s illustrious career and relive the legendary Hertfordshire concerts on their 25th anniversary.

Directed by Grammy Award-winner Jake Scott and told through the eyes of fans who were there, and never seen before archive footage of both the concert and backstage, film-goers can Get Lost in the euphoria of one of the most iconic live concert events in music history.

Tickets are now on sale from Tuesday 10 August – marking 25 years to the day since the first night of the concerts.

James Ashcroft, General Manager at Vue Plymouth, said: “Oasis are among the most legendary bands in the world whose following is made up of fans old and new all over, so we’re thrilled to be giving everyone the opportunity to revisit the peak of their career in these concerts.

“The band played two record breaking nights at Knebworth to over a quarter of a million fans to make history - and we’ll be screening it in the ultimate seat, screen and sound experience.”