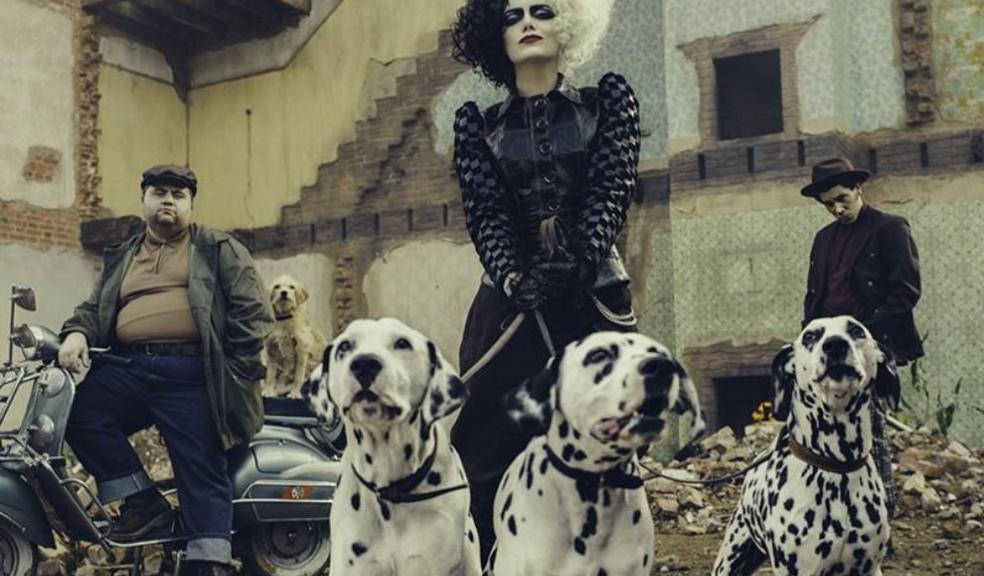 Film-lovers can look forward to a host of hotly-anticipated releases, family films, live sport, and many classics arriving at Vue Plymouth as the home of Big Screen Entertainment opens its doors again.

Tickets are now on sale at Vue for one of the most anticipated films of the year Cruella, allowing it to be enjoyed on the big screen as it was intended to be seen. This live-action prequel, starring Emma Stone, follows Estella de Vil, an aspiring fashion designer, on her path that will lead her to become notorious villain known as Cruella.

Families can dive back into the cinema this half term and enjoy the ultimate escape from the outside world, as a star-studded cast sees James Corden play the lovable rogue, Peter, in Peter Rabbit 2: The Runaway.

Some of the past year's biggest films will also be re-released on the big screen for the first time. Legends collide in the epic next chapter Godzilla vs Kong. The fearsome Godzilla and the mighty Kong go against one another again – with humanity caught in the balance.

Horror fans can look forward to a selection of terrifying newly released films this month. The ninth instalment in the Saw film series, Spiral: The Book of Saw, follows a criminal mastermind as he unleashes a twisted form of justice. The highly awaited The Conjuring: The Devil Made Me Do It reveals a chilling story of terror, murder and unknown evil with paranormal investigators Ed and Lorraine Warren, while Demon Slayer: Mugen Train sees Tanjiro and his comrades embark on a new mission on the Mugen train.

For children and adults alike, one of the most beloved rivalries in history reignites for a new big-screen adventure in Tom & Jerry The Movie, and Duggee and the squirrels for a whole hour of fun and adventures in Hey Duggee At The Movies, with eight laugher-filled episodes for kids to enjoy.

For those in the mood for a classic, a great selection of fan-favourite films will be Back on the Big Screen, including the Lord of the Rings Trilogy, beginning with Lord of the Rings: The Fellowship of the Ring arriving in 4K on 17 May as well as American musical romantic comedy Grease.

A line-up of performances from world famous musicians will be streaming live to the home of the ultimate big screen experience, in Glastonbury Presents – Live at Worthy Farm on 22 May, and tickets are now on sale. Those missing concerts will enjoy Rammstein singer Till Lindemann and Swedish multi-instrumentalist and producer Peter Tagtgren's last concert Till Lindemann: Live In Moscow showing at Vue.

James Ashcroft, General Manager at Vue Plymouth, said: "We're thrilled to have top quality new content amongst our selection of shows this month. Our customers have been waiting for the return of huge releases like Cruella to the big screen – and we hope they will be as excited as we are and look forward to returning to the cinema.

"We also continue to have a fantastic selection of family content available as half-term approaches, and with the variety on offer we are sure there will be something for everyone"