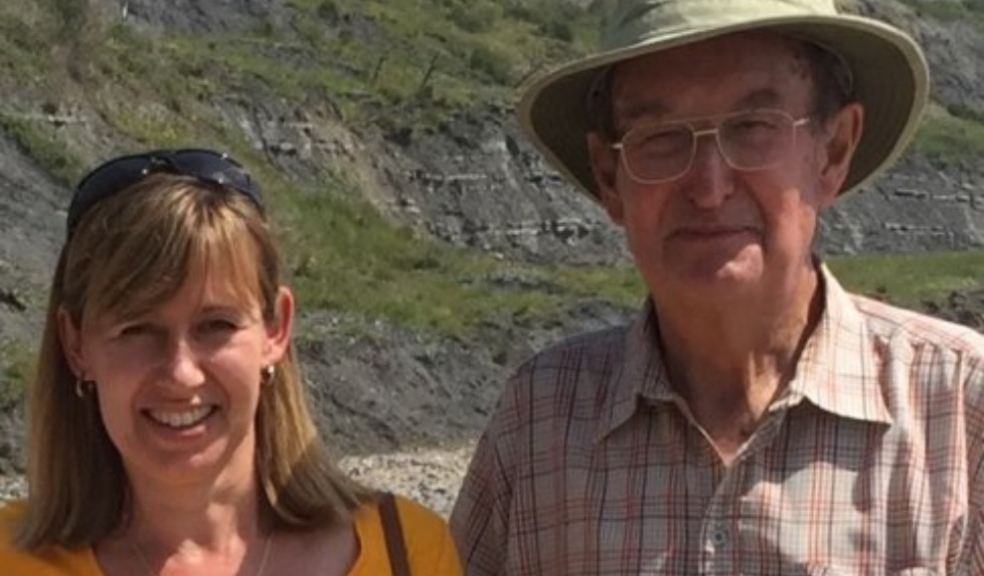 The daughter of a community-minded Sidmouth resident is encouraging people to sign-up for a Memory Walk this Autumn after taking on a walking challenge for Alzheimer’s Society in support of her dad, David Baldock, who was diagnosed with vascular dementia in 2019.

Fiona Michael took on a Memory Walk along the Sidmouth coastline last year with her dad, who has raised over £30,000 for various charities throughout his life and ran the church youth club for many years.

She is now encouraging others to don their walking boots with friends and family in a location of their choosing throughout September to raise vital funds for people affected by dementia, many of whom are in desperate need of support in the wake of the pandemic.

Fiona, who raised £450 for Alzheimer’s Society, said: “I’m supporting the charity because last year my dad was diagnosed with vascular dementia, and it’s changed both his and my mum’s life. He’s been full of bounce and energy throughout his life, ran the church youth club for years, helped the elderly in the community, raised over £30,000 for various charities.

“Now, not only can he not remember things, but he has lost all interest in his hobbies, has lost his driving licence (and as my mum can’t drive, they have lost their ability to go out and about/pop to the shops) and ends up going to bed a lot of the time since he can’t cope with how he feels.

“I can see first-hand how cruel this disease is – to those who have it and to those who care for someone with it – and I want to do what I can to help prevent the disease in the future and support those living with it now.

“If you’re thinking of getting involved in Memory Walk, get those walking shoes on!  Walking is fantastic anyway, you don’t need to train for months before the event, it’s something everyone can do, and it can be as long or short as you want.  It’s about having fun, raising awareness about the Alzheimer’s Society and the disease, and about raising any amount of money to help the Alzheimer’s Society.

Fiona is one of over 500 Santander UK employees who took on a Memory Walk last year, with Santander collectively raising £135,000 for Alzheimer’s Society, including matched funding from the Santander Foundation.

Her call for Devon residents to lace up their walking boots comes at a critical time for those affected by dementia. Over a year since the pandemic began, people with dementia are still bearing the brunt of coronavirus and demand for Alzheimer’s Society’s services is increasing. The charity’s services have been used over six million times since March 2020 and have been a lifeline to thousands, but there are so many more who urgently need support.

“The last year has been tough for everyone, but for people living with dementia the impact of coronavirus has been catastrophic and every step our fundraisers take will make a huge difference by providing a lifeline for people affected by dementia who have been worst hit.

“We are in awe of amazing supporters like Fiona, whose fundraising efforts help fund our services which have been used over five and a half million times since the first lockdown began in March 2020, showing people need us now more than ever.”

Memory Walk brings together people who have been personally affected by dementia, those who want to walk to remember a loved one, and people looking for a fun-filled activity to raise money for charity at 20 locations across England, Wales and Northern Ireland. Supporters can also opt to walk on their own, or with loved ones in a location of their choosing throughout September.

Visit memorywalk.org.uk to find out more about organising your own Memory Walk or taking part in Alzheimer’s Society’s organised events this Autumn.