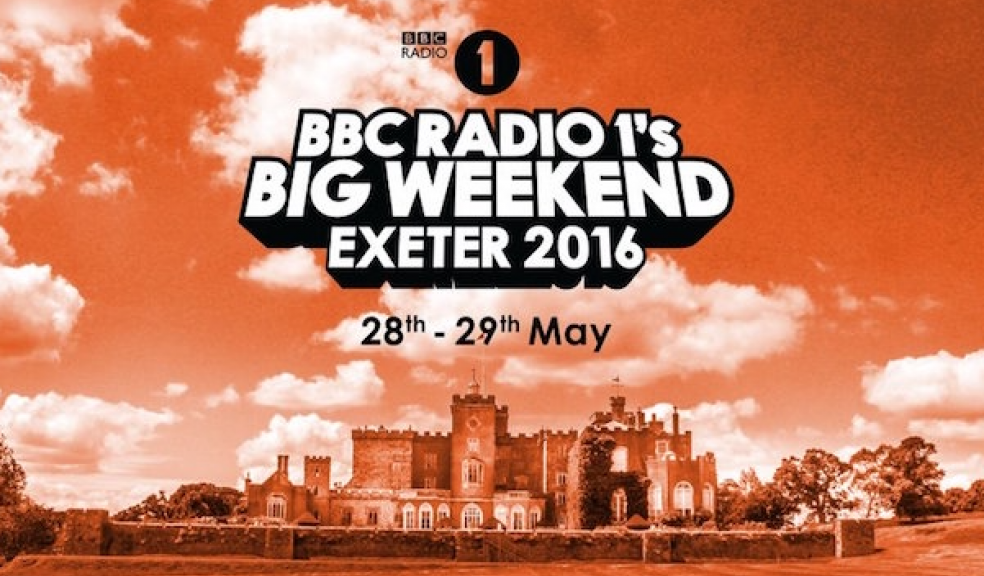 Revellers heading for Radio 1’s Big Weekend at Powderham Castle over this Bank Holiday are being urged to make their personal safety number one.

Around 50,000 music fans are expected to visit the Exeter venue on Saturday and Sunday to see some of today’s biggest chart acts perform live.

Planning for the event has been ongoing for several months with officers from the Op Candle command team working alongside event organisers, Teignbridge District Council, Exeter City Council, Devon County Council, British Transport Police and other emergency services to support the event.

Superintendent Glen Mayhew, who is heading the police operation, said: “Radio 1’s Big Weekend is a fantastic event and we are delighted it is coming to Exeter this year. It is a real boost for the city and something we are pleased to support it.

“We will have a police presence at the event but our role is to support the organisers and make sure that everyone enjoys themselves in a safe environment.”

Police are urging people to make sure they keep their personal belongings safe to protect themselves from opportunist theft and to also behave responsibly when it come to drinking alcohol.

“We want people to have fun and enjoy the show but while the event is enjoyable it does not allow criminals to take advantage of people whose guard is down,” added Supt Mayhew.

"We would ask people to take sensible precautions and to keep a close eye on their personal belongings, such as wallets, cameras and mobile phones and to not become victim to pickpockets or thieves.

"I would like to remind festival-goers that illegal drugs and so-called ‘legal highs’ will not be tolerated at this event. People will be searched on entry to the site and anyone found in possession of illegal drugs or legal highs will be ejected from the festival and may face police action.”

Anyone travelling to the event without a ticket will not be permitted entry. The event is by invite only and entry cannot be paid for.

Other safety tips for festival goers include:

Stick with friends and don’t walk alone in darkness.

If you travel by car make sure no valuables are left inside and that it’s properly locked and secure.

Supt Mayhew added: “In the run up to the event we have been encouraging people to use the official public transport links including shuttle buses and trains. The A379 will be designated as a clearway for the weekend which means that vehicles will not be allowed to stop to drop off or pick up passengers.

“Any vehicle left parked on the A379 or causing an obstruction in the neighbouring villages of Kenton, Starcross or Exminster will be towed so please think very carefully about how you are getting to the event.

“We expect the roads to be very busy in the area and would ask people to be patient, allow plenty of time for your journey and be respectful of the local residents, particularly when leaving the venue at night in vehicles or on foot.”

You can find out more about the terms and conditions of entering the venue site via http://www.bbc.co.uk/programmes/articles/60c2HWrf00svzVFdbBvrhJt/ticketi...

Devon and Cornwall Police will also be tweeting advice and information; please follow @DC_Police for the latest news.