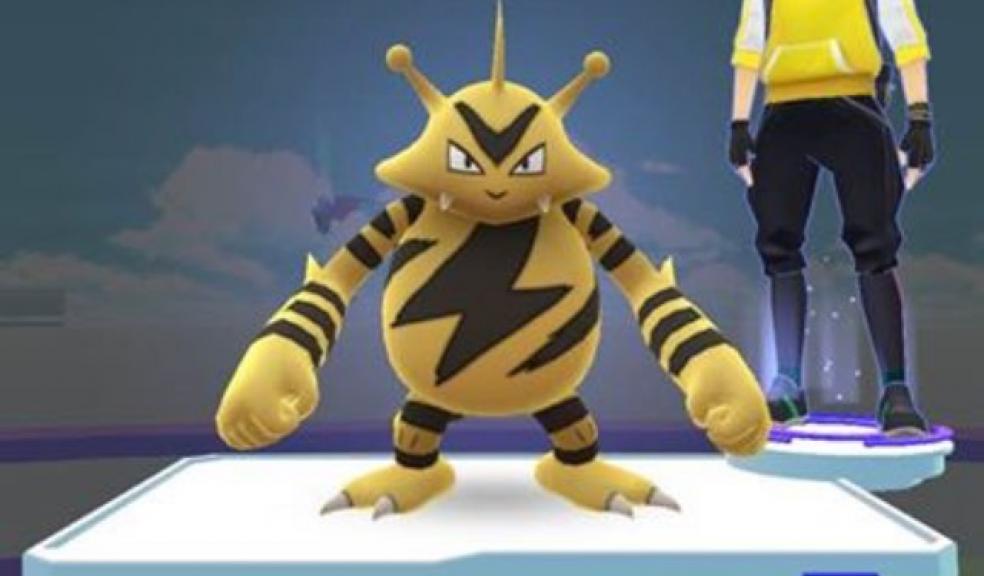 The game is a free location-based reality game which allows players to capture, battle and train ‘virual’ Pokemon who appear throughout the real world.

It hasn’t even been released in the UK yet but one of the locations where you can find Pokemon is in the car park of the Plymouth Science Park.

It is an ‘Electabuzz’ which looks like a yellow, stripy, cartoon goblin crossed with a tiger. Players are meant to find it, train it and capture it.

Already players have been visiting the park to find the character where PSP bosses are thrilled to welcome them - in the real world.

Merika Kindlon, Commercial Executive at PSP said: "We are thrilled to have our FIRST EVER animated tenants on the park, albeit in the car park!

“Joking aside we are very interested in the phenomenal success of Pokemon GO! and that it is already  bigger that Facebook in the USA. Anything that gets people away from their desks and outdoors is a good thing.

“Interestingly the high growth sector of Games Software Development is a specific target area for the Park and we are currently creating fun, motivating and laid back office spaces for coding-based Start Ups in Plymouth.

“We believe that these spaces combined with the 100 hours of free business advisory that the companies will get here, will give them the greatest chance of business success in.

“We recognise that video games are engrained in our culture and are driven by some of the most creative minds in the tech sector and that the UK has a long history of making world class video games (such as Grand Theft Auto). With the global games market expected to grow from $91.8bn in 2015 to a total of $118.6 billion by 2019 (Newzoo)– this is an exciting time.”

Plymouth Science Park is the biggest Science Park in the west country, with more than 100 businesses and 1,100 staff on its 25 acre wooded site near Derriford Hospital in Plymouth.

The park looks after a range of businesses from startups to multi-million pound international organisations and boasts the only Advisory Board in any UK Science Park to offer up to 100 hours of free business advice with businesses joining the park growing by 30% on average in their first year.