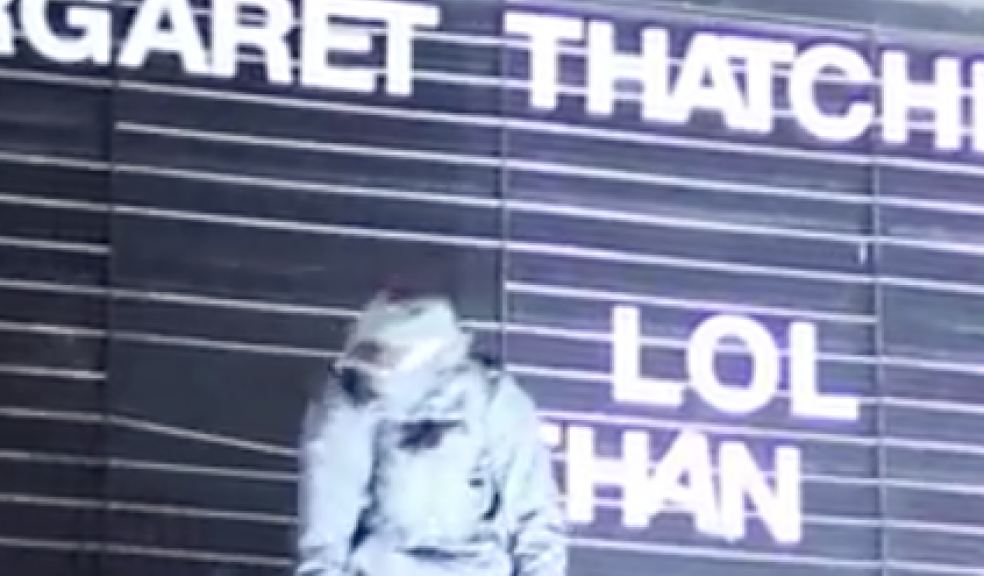 Some scaled the nearby Ritzy Cinema and changed the film listings to read "Margaret Thatchers dead" (sic).

Pictures of anti-Thatcher graffiti scrawled on walls of the London suberb also appeared on Twitter, with one reading: "You snatched my milk! & our hope" and there were reports of windows being smashed and shops looted.

Some were carrying banners, with one saying: "Rejoice, Thatcher is dead."

A spokesperson for the Metropolitan Police said: "In order to protect the community and ensure the highways remained clear extra officers were deployed."

Local councillor Alex Bigham condemned the celebrations as "disgraceful", adding: "Even if you detested her policies, many of which I did, it is tasteless posturing."

Brixton was the scene of fierce riots in 1981,  just two years into her first time in office.