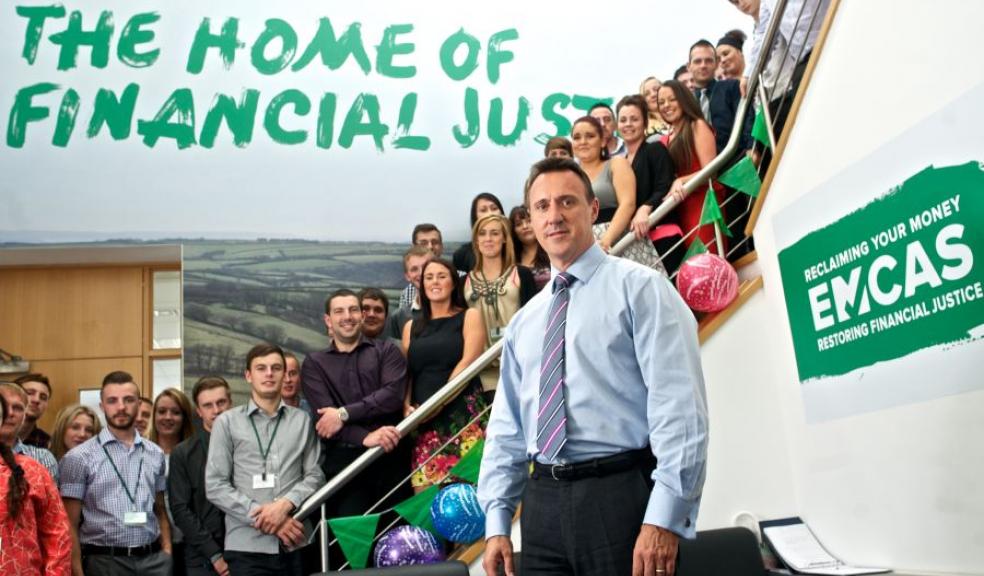 More than 1,310 public sector workers from Plymouth could be owed a share of almost £5.5million for mis-sold add-on pension schemes, according to leading South West-based Financial Claims Management Company EMCAS.

Public sector workers in Plymouth, who make up almost a third of the workforce in the city, are being urged to take the time to check whether they could have been mis-sold a Free Standing Additional Voluntary Contributions (FSAVC) policy as a claim could lead to a more comfortable retirement. It could also help cushion the impact of recent pension reforms, which mean public sector workers face cuts of up to a third in their pension pots.

Many Plymouth public sector workers could have been affected in the period between 1988 and 1999 when FSAVC sales were at their peak, yet few are aware of this fact. One in nine* people topped up their pension with an FSAVC, run by private pension providers whose sales forces encouraged consumers to invest more in their futures by ‘topping up’ their occupational pensions.

During this period, 18,900* public sector workers in Plymouth alone had occupational pensions, and around 2,079 of these topped up their pension with an FSAVC. The Personal Investment Authority, the former regulator, reported that as many as 63% of FSAVCs were mis-sold which could mean more than 1,310 people in Plymouth have a claim.

Craig Bernhardt, CEO of EMCAS said: “Public sector pensions are in the spotlight at the moment with the end of the final salary scheme reducing many pension pots by a third. More people are feeling the pinch and are now actually taking the time to review their pension policies. Our message to these individuals is to carefully check their paperwork, to see if they took out an FSAVC, and to ask the question 'could I have been mis-sold this policy?'

“The majority of FSAVC mis-selling happened between 1988 and 1999 when people were being encouraged to take control of their retirement and make provisions for possibly retiring earlier. They were led to believe that an FSAVC would likely outperform their existing occupational pension scheme and so were encouraged to top up their retirement funds with an additional private scheme. At that time, FSAVCs were actively promoted by private pension providers, while information on company Additional Voluntary Contribution schemes (AVCs), with their lower costs and superior benefits, was often neglected."

FSAVCs were mis-sold where private pension providers omitted vital information that would have enabled consumers to make an informed decision on whether to take out an FSAVC or AVC. The most frequent omissions include:

• Reduced pension value – Failure to inform customers that additional voluntary contributions (AVC) could be taken out on existing occupational schemes at a lower cost than FSAVCs and with additional (often matched) contributions from their employer. Customers were also not made aware that many public sector schemes were offering preferential benefits including purchasing additional years

• Higher costs - Failure to communicate that FSAVCs involved higher costs due to sales commission and administration costs. In an AVC scheme these costs were typically absorbed by the employer

• Long-term fund investment risks not discussed – Failure to tell workers how their FSAVC funds would be invested in the long-term, giving them limited knowledge of the risk levels of their plan and the potential value of their pension pot

“Consumers thought that they were making a sensible choice by planning for their future”, commented Craig Bernhardt. “In reality, they were choosing a more expensive way to boost their pension pots, which could mean that many are now facing significant and unnecessary losses. Those who worked in the public sector are likely to have been hit the hardest with significant losses accumulated over many years.”

Craig Bernhardt added, “The last thing that people working in the public sector need now is further bad news, and so we hope that the potential to recover money, and to put their retirement plans back on track will offer light to those affected by FSAVC mis-selling."