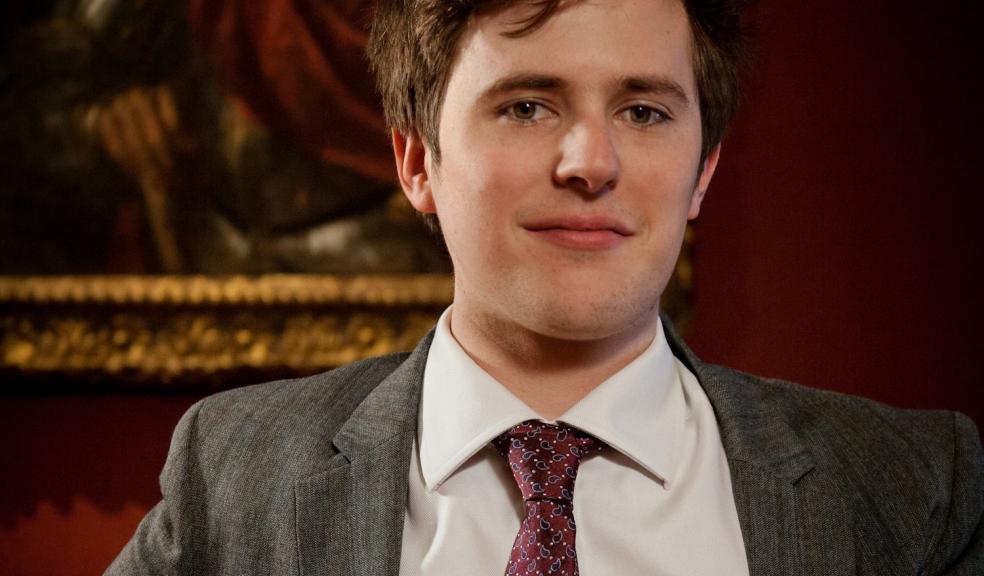 An Art History graduate from Plymouth University has become the youngest expert – at the age of just 23 – on the BBC’s Antiques Roadshow.

Lawrence Hendra has been pursuing his passion for antique works of art since buying a piece from a flea market in his native Cornwall, and then making a profit on it, at the age of 13.

Now, a decade and several fascinating discoveries later, he has joined the ranks of experts on the long-running show which is watched by millions of viewers every week.

The opportunity arose through Lawrence’s work as Associate Director at Philip Mould & Company in London, and Lawrence made his first televised appearance earlier this month.

“The Antiques Roadshow has always been at the top of my bucket list,” says the 23-year-old, who grew up and went to school in Truro before enrolling at Plymouth. “It was very daunting and, with everyone else being older and more experienced, I certainly felt the need to prove myself. Thankfully, a few discoveries later I feel very much part of the gang.”

Philip Mould & Company, who are based in Mayfair, specialise in British and Old Master paintings and, in particular, works of art previously considered to be lost.

It is an area Lawrence became interested in during his time at Plymouth, when his course also led to him spending time studying original works in the Plymouth City Museum and Art Gallery.

“Studying in Plymouth opened my eyes to a wide range of subject areas and, on a daily basis, I find myself using knowledge learnt from Plymouth to make informed judgements and decisions,” he said. “There was one occasion when I discovered a previously lost work by Sir Joshua Reynolds miscatalogued by a leading auction house. Had it not been for the fact that I was involved in a Young Explainers project called ‘Living Reynolds’, which was run by the Museum in collaboration with the University during the Reynolds exhibition in 2009, I very much doubt I would have spotted it.”

For his first appearance on the show, Lawrence analysed two works on paper by contemporary artist Stephen Wiltshire, which he went on to value at £20,000.

Dr Jenny Graham, Associate Professor in Art History at Plymouth University, said: “We’re so delighted for Lawrence.  His success is proof that students can shape their future careers through volunteer work activities on and off campus. Lawrence was one of our key Young Explainers during the Reynolds exhibition at the Plymouth City Museum, and in 2010 he won a student prize that enabled him to spend a summer gaining work experience with Philip Mould. His story sets a great example for current and future students to follow.”

To find out more about the opportunities available through studying Art History at Plymouth University, visit http://www1.plymouth.ac.uk/courses/undergraduate/0665/pages/courseoverview.aspx.