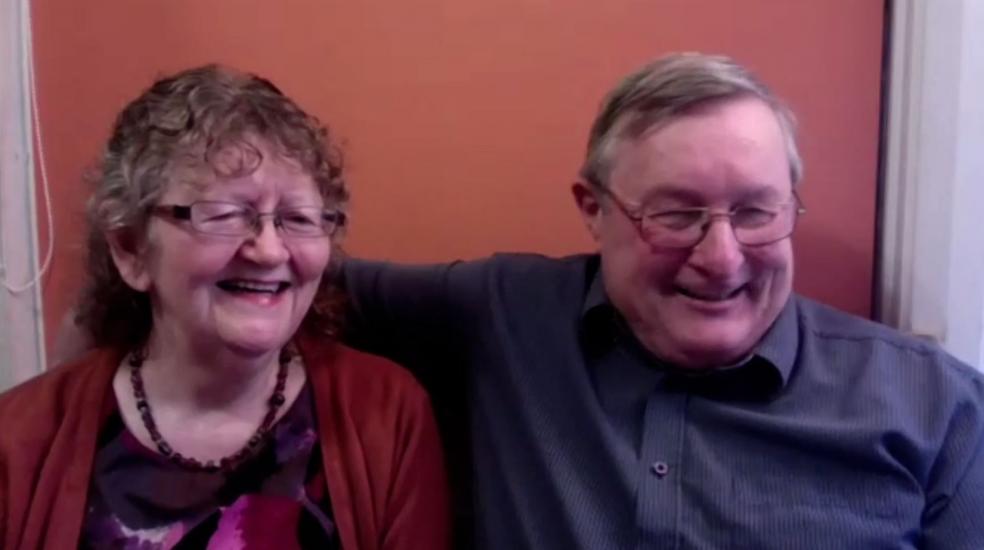 A Plymouth postcode has landed six neighbours a share of £210,000 after being announced as a winner with People’s Postcode Lottery.

PL6 6AW was announced as a winner on Sunday 17th January, landing five lucky people a cheque for £30,000 each. The sixth winner, who plays with two tickets, doubled the prize to £60,000.

70-year-old David Leah was with his wife, Marion, as he discovered he’d won £30,000 on a video call with lottery ambassador Judie McCourt.

David and Marion celebrated with a kiss as his cheque was revealed.

David, a retired chef, said: “Oh fantastic! That’s a kitchen – and a car!

“I love cooking and I’ve always fancied getting a nice ranger cooker too. Once COVID is over, I’ll have the whole family over. They like my chicken pie so I’ll make that, with Yorkshire puddings, vegetables, the lot! I’ll have five or six rings, two ovens and a grill so I’ll be able to do it properly!”

David also wants to explore the Scottish Highlands and added: “I fancy getting the train from Glasgow to Mallaig and then going over to Skye when we’re allowed to.

“I never thought I’d get a golden envelope so I’m a bit gobsmacked and a bit stunned.”

The other winners chose to remain anonymous but their prize will be paid to their bank account.

People’s Postcode Lottery ambassador Judie McCourt said: “It was great to bring some good news to David and Marion – I’m keeping my fingers crossed that I’ll be getting an invite to try the chicken pie!

“I hope our other winners in Plymouth are just as delighted as they are.”

Everyday throughout the January draws one postcode will be announced as a £30,000 prize winner. All the players in the postcode will win £30,000 for every ticket they hold.

A minimum of 32% of ticket sales goes directly to charities and players of People’s Postcode Lottery have helped raise over £600 million to date for thousands of good causes across Britain and internationally.

This draw was promoted on behalf of Postcode Planet Trust, which funds organisations supporting the environment and enjoyment of nature.