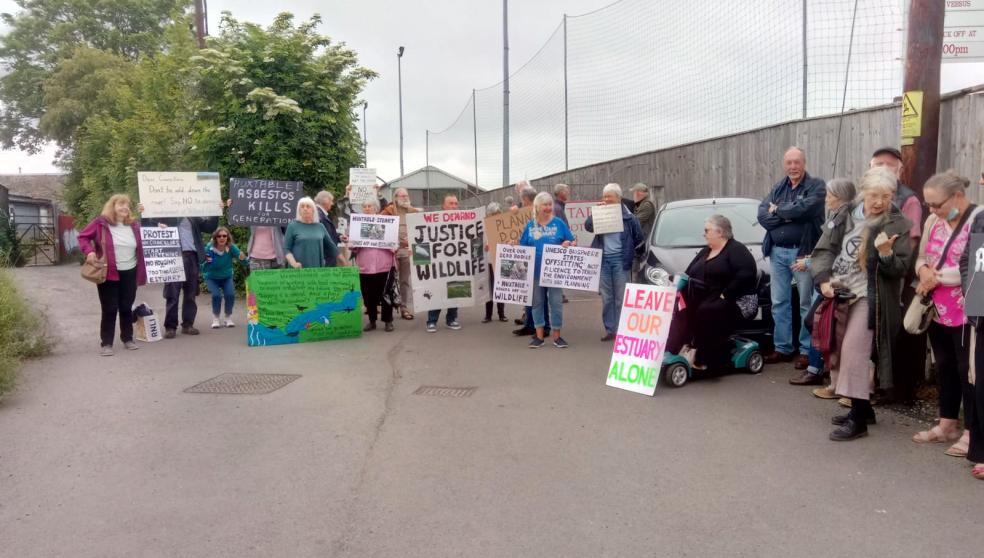 Devon CPRE, the local branch of the countryside charity, today (9 June) congratulated North Devon Council for overwhelmingly voting to refuse an application to build 250 premium houses and apartments on the bank of the Taw estuary at Yelland Quay.

The site, where a small coal-fired power station stood between the 1950s and the 1980s, is in a noted wildlife habitat. It’s adjacent to an SSSI and the North Devon AONB and nature reserves managed by the RSPB, Devon Wildlife Trust and Gaia Trust.

By 11-2, the Planning Committee voted to turn down an application to develop a luxury village because it provided no housing to meet local needs, and the benefits would not outweigh the harm to the coastal and estuary landscape.

Devon CPRE, which submitted a detailed policy analysis to the Committee, was among the half-dozen objectors allowed to speak at the socially-distanced meeting held at Barnstaple Rugby Club, while residents demonstrated outside.

Devon CPRE Director Penny Mills says: “This is an outstanding result, based on robust and detailed policy considerations, to preserve a significant part of the area’s precious landscape from development. As so many have pointed out – including 1,000 local objectors – just because a beauty spot once had a power station briefly imposed on it, it doesn’t mean you have to build another great concrete mass on it 40 years later.”

Cumulative highways effects and lack of community facilities were also cited as reasons for refusing the proposal, which has been opposed by a wide range of environmental and wildlife bodies and Devon County Highways.

Penny adds, “The overarching point, though, which clearly drove many Councillors to oppose the scheme, is that it represented a huge disruption to the landscape, wildlife and ecology of this part of the river estuary – while doing nothing at all to meet local needs.

“The Council’s policy allowed for housing at Yelland Quay 'of a size and tenure to reflect local needs'. When 2,500 people are looking for low-cost social and rented housing in the area, proposing to build 250 high-priced holiday homes with an average price of £425,000 while providing no affordable housing at all is adding economic insult to environmental injury.”