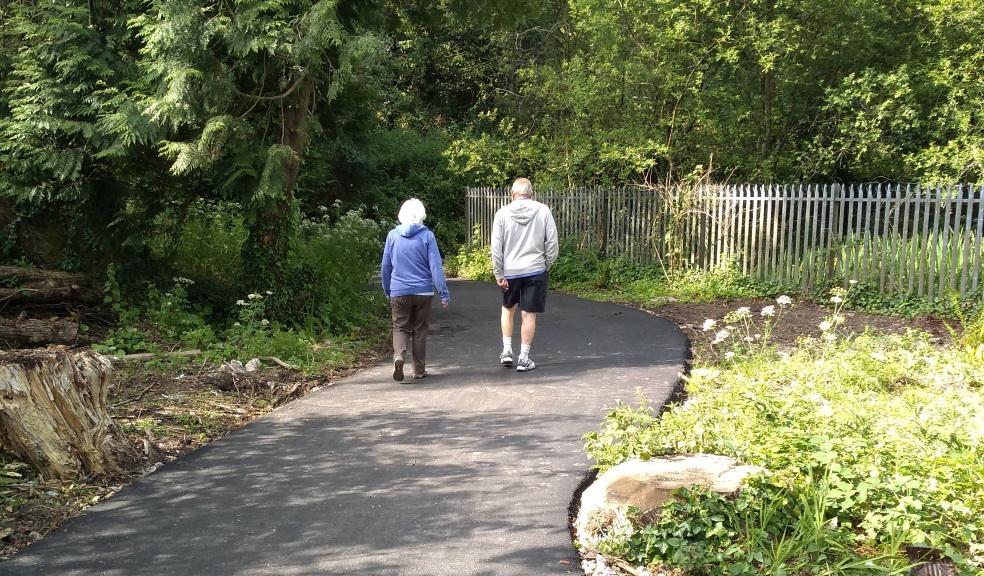 People travelling between Plympton and Plymouth can now do so on a much-improved cycle and walking route, well away from traffic on the usually busy A38 and B3416.

With more than £380,000 of funding from Highways England, cycling and walking charity Sustrans has revamped the traffic-free route into the city, and has improved its accessibility too.

Sustrans has resurfaced the path, changing it from a dust surface to a smooth tarmac one, and has improved the drainage to prevent flooding at the common hotspots along the route.

A new three meter wide bridge has also been installed across Long Brook. The increased width means there is now more space to pass in both directions, and it allows for easier access for adapted bikes and mobility aids.

Sustrans hopes that these improvements will enable more people to walk or cycle into Plymouth, instead of relying on using cars to get into the city centre.

James Cleeton, Sustrans Director, England South said: “We’re really pleased to have completed these improvement works, which we hope will make a real difference to the lives of people in Plympton.

“As well as the improvements to the path itself, we’ll be adding 24 new native tree species along the path and in the surrounding area. And we’re installing bird and bat boxes too. This will encourage a wider range of biodiversity and make people’s commute a really pleasant experience.

“At a time when public transport can’t run at full capacity, the improved route will give people an easy option to travel between Plympton and the city without the need to jump in their cars.”

“We’re delighted to have worked with Sustrans on this new and improved cycle and footpath which will make it much easier and safer for cyclists and pedestrians to travel to and from the centre of Plymouth.

“This is a fantastic example of how our funding goes further when we work with partners to make life better for communities living and working near our roads.”

Councillor Mark Coker, Plymouth City Council’s Cabinet Member for Strategic Planning and Infrastructure, said: “This is a well-used walking and cycling route which tended to get a bit muddy during the winter. "

"This work will mean our cyclists will enjoy a safer and cleaner ride whatever the season. More than ever we need to be thinking about walking or riding a bike to keep us healthy and help with the recovery of our city.

This project is one of nine cycling and walking schemes Highways England has delivered in partnership with Sustrans since 2018. The schemes are funded through Highways England’s Designated Funds programme, designed to deliver benefits beyond building, maintaining and operating motorways and major A roads.